Mitchell made 14 of 23 shots and Utah connected for 25 3-pointers, two shy of their season high set last Friday against Boston.

Bojan Bogdanovic had 21 points and five rebounds, and Jordan Clarkson scored 18 points — all from deep — off the bench for Utah. The Jazz head to Philadelphia for the second game of a back-to-back Thursday.

"This was a good win for us," Mitchell said. "This is a road trip I think we're all trying to see where we're at and continue to build. We've got a big one tomorrow." 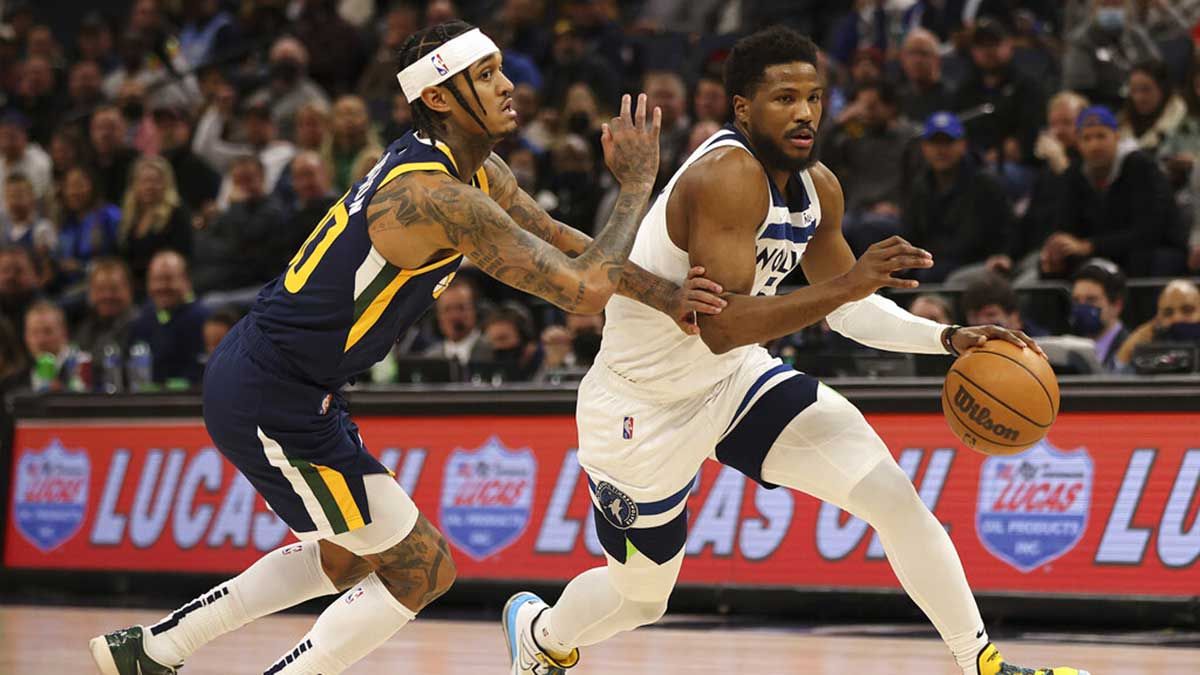 Utah and Minnesota entered Wednesday first and second, respectively, in 3-pointers attempted per game. Both teams let it fly at Target Center.

"I think more than who they had in the game at any point in time, our guys are getting used to playing with one another," said Jazz coach Quin Snyder.

It's the fourth time this season Minnesota's defense has allowed an opponent to hit at least 20 3-pointers. Utah has hit 20 or more 3s in four games.

"We let guys just shoot the ball in our face," Timberwolves coach Chris Finch said. "We didn't compete on the ball."

Mitchell scored 17 points in the first quarter but went quiet in the second, scoring just two more points before the half. The Jazz guard added 12 in the third to help Utah push its lead to 14. Mitchell's 36 points were one shy of his season high.

It was Mitchell's fourth straight game with 30 or more points.

"He's full of confidence," Bogdanovic said of Mitchell. "We know how good he is. This is who he is. He's been playing at a high level for the whole year."

Rudy Gobert got in foul trouble when he picked up his fourth foul just 1:22 into the third quarter. He played just 4:30 in the quarter, but Utah still managed to push its lead to 14.

Bogdanovic picked up the slack defensively against Towns with Gobert on the bench. He also hit a pair of 3-pointers in the third quarter.

Patrick Beverley returned for Minnesota after missing six games with a left adductor strain. The Wolves were 2-4 without Beverley, the team's spark plug on defense.

It was Beverley's offense that gave the Wolves a boost early. He scored 14 points in the first half and finished with 16.

Beverley also picked up a technical foul in the second quarter.

"We're not finishing like big boys finish around the rim," Finch said. "We're going in there finishing soft. We've got to be better at finishing."

Jazz: C Hassan Whiteside missed his second game in a row with a left glute contusion.

Timberwolves: Minnesota was without point guard D'Angelo Russell (right ankle soreness) for the second straight game. ... Josh Okogie was 2 of 2 from 3-point range. He came into Wednesday's game with just three made shots from deep all season.