Jazz squander 22-point lead but hold on to beat Hornets

SALT LAKE CITY — Rudy Gobert had 23 points and 21 rebounds to lead the Utah Jazz to a 112-102 victory over the Charlotte Hornets on Monday night (Tuesday, Manila time).

Bojan Bogandovic added 23 points for the Jazz, who blew a 22-point lead but finished strong to snap a two-game home losing streak. Donovan Mitchell chipped in 21.

Gobert went 15 of 16 from the free throw line, setting a new career-high for made free throws. He matched his season high of nine by halftime.

Terry Rozier chipped in 20 points but the Hornets could not fully overcome another dismal start and dropped their third straight on the road.

Charlotte erased a 17-point deficit in the fourth quarter and took a 92-91 lead on a dunk from Kelly Oubre Jr.

Charlotte opened the game by missing eight straight shots. The Hornets did not get their first basket until Bridges drove for a layup 4 ½ minutes into the first quarter.

A night after trailing 37-15 after the first quarter in Phoenix, the Hornets shot 5 of 24 from the field during the quarter, tying a season low for fewest field goals in a period.

Utah raced out to a 15-2 lead before Charlotte made a basket. Mitchell and Bogdanovic each scored a pair of baskets to help build the double-digit advantage. The Jazz extended their lead to 21 points later in the quarter, going up 29-8 on a 12-2 run bookended by two more baskets from Bogdanovic.

Charlotte trimmed the deficit to single digits again in the third quarter, closing within six points when Ish Smith buried a 3-pointer. Jordan Clarkson closed out the quarter with back-to-back 3-pointers to ignite a 15-4 run. Gobert punctuated the run with a pair of dunks that gave Utah an 89-72 lead with 8:28 remaining. 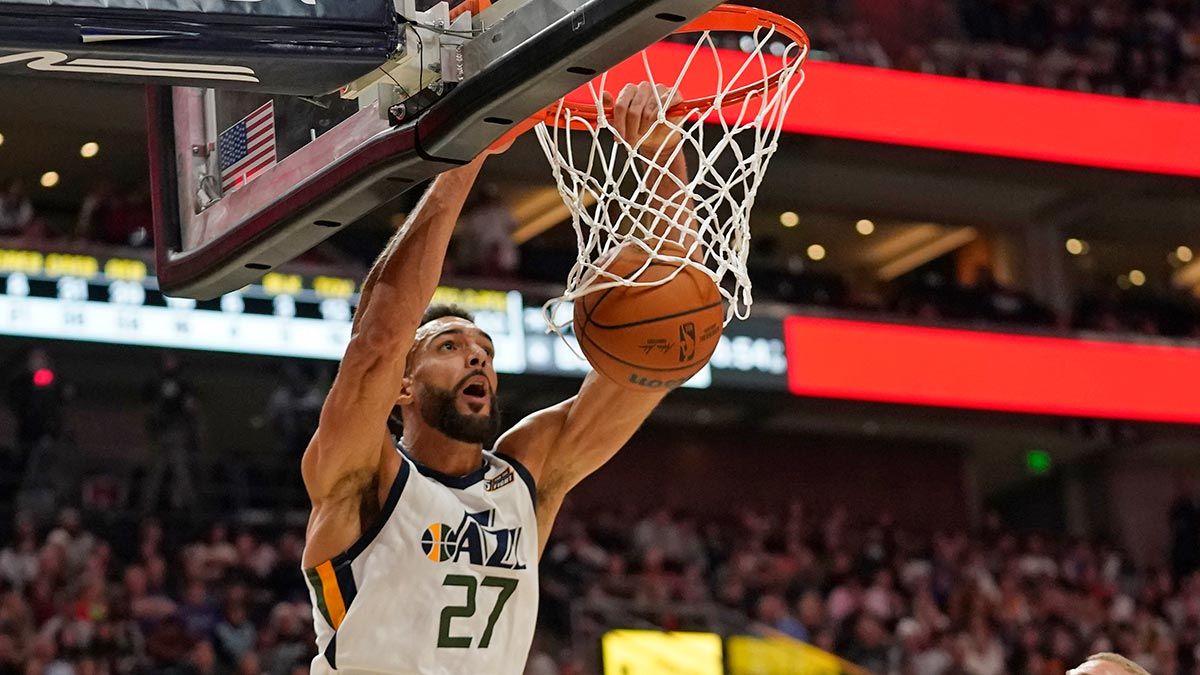 Hornets: Gordon Hayward did not play (low back discomfort) and Cody Martin missed his second straight game (health and safety protocols). … Charlotte fell to 1-7 in Monday games this season. … Rozier and Ball combined for only six first-half points.