Mike Conley contributed 18 points for the Jazz, who have won 20 straight at home after dropping their first two home games of the season.

Since the All-Star game, Mitchell has averaged 29.2 points on 50% shooting and 46% from 3-point range. The Jazz only needed Mitchell for 25 minutes in the blowout.

Gobert also has been on a hot streak, averaging nearly 17 points and more than 14 rebounds since the mid-season break. Against the Cavs, he had four blocked shots and affected several others as Cleveland shot just 35% from the field.

Collin Sexton scored 20 points and Darius Garland had 18 for the Cavs, who lost their last three of a four-game road stretch.

Jordan Clarkson's 3-pointer — his 72nd consecutive game with at least one from long distance — sparked a 17-0 run to end the third quarter, giving the Jazz a 90-52 lead entering the final period.

Without a Cavs shot-blocking threat, the Jazz were feasting on straight-line drives into the lane that led to layups or open 3-point jumpers.

After the Cavaliers missed their first 12 shots of the second quarter, the Jazz took a 44-20 lead and Cleveland never got much closer the rest of the way.

The margin underlines the fact that the Jazz are not only winning, but winning big this season on their way to the league's best record (35-11). The win over the Cavs marks the 25th game that Utah has led by 20 or more, and the fifth straight. It was the eighth wire-to-wire win for the Jazz and the largest margin of the season.

Utah led 53-34 at half -- limiting the Cavs to less than 30% shooting and an opponent's lowest scoring first half of the season.

With few threats in the half-court against the stingy Jazz defense, the Cavs hoped to get out and run. But they only scored five points in transition in the game.

In the third quarter, Cleveland found its best offense was putting Isaiah Hartenstein out near the 3-point line as a facilitator. The big man drew Gobert away from the basket and found cutters heading for the basket.

Hartenstein had a career-high seven assists to go along with his season-high 14 rebounds. 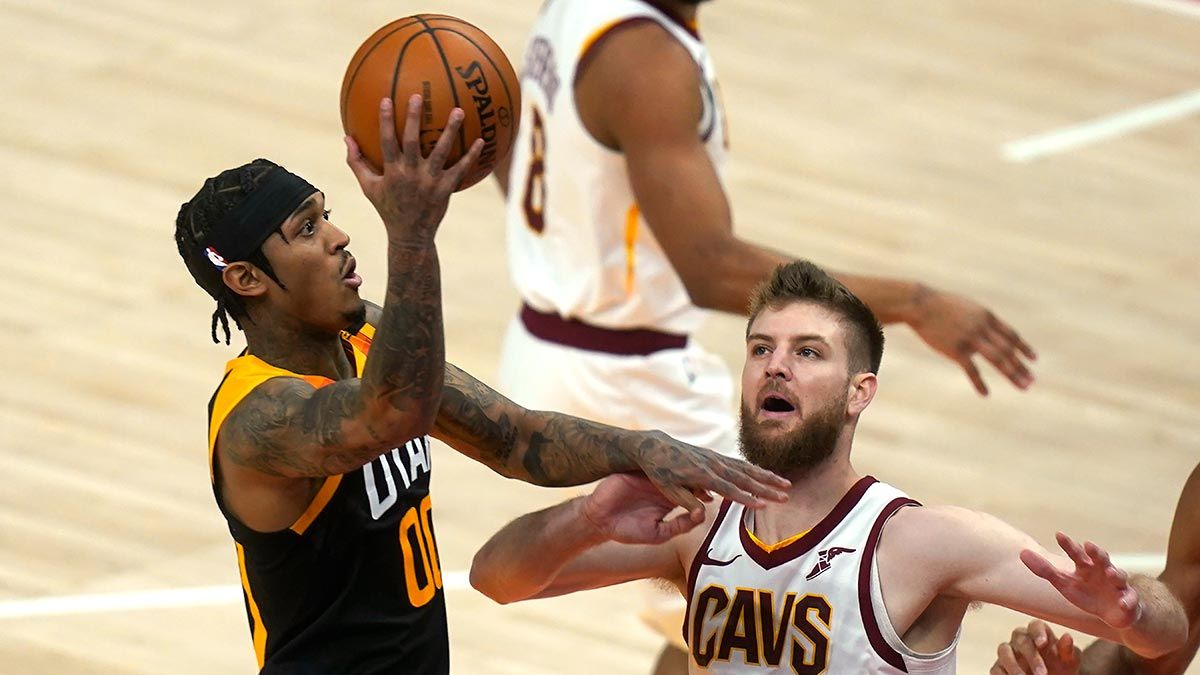 Cavaliers: Larry Nance Jr. sat out with a non-COVID illness, joining Jarrett Allen (concussion), Matthew Dellavedova (appendectomy), and Kevin Love (calf). … Hartenstein, who came from Denver in the JeVale McGee trade, picked up two fouls in the opening 38 seconds in his first start of the year. … Cleveland used its 22nd different starting lineup and this one featured five players under 25 years of age.

Jazz: Utah is 15-1 when Georges Niang makes at least two 3s this season. He had three against Cleveland. … Up 63-38, the Jazz successfully challenged a foul call on Mitchell stripping Sexton. … The Jazz have a 27-0 record when tallying spurts of 10 or more consecutive points in a game.