The Jazz took the lead for good on 3-pointer by Joe Ingles early in the second quarter and led by 21 while winning their sixth straight against Sacramento.

Gobert shot 8 of 12 from the floor, extending his NBA record of 51 consecutive games shooting 50 percent or better.

Richaun Holmes had 22 points and seven rebounds for Sacramento. The Kings have lost seven of eight.

"They got us again," said Kings coach Luke Walton, whose team has lost all three games against the Jazz this season. "For whatever reason we're struggling to make shots right now and that's making it more challenging on us. The fourth quarter was a disaster for us on both ends of the court. We weren't stopping people and we weren't making shots."

The game was paused for more than 10 minutes in the fourth quarter to allow workers to clean up after after an apparently intoxicated fan vomited on the court. The mess was cleared and the fan was escorted away from his courtside seat.

"That was a strange situation," Utah coach Quin Snyder said. "We had gone on a pretty good run before that happened. We did a good job of keeping or concentration throughout."

Utah kept rolling when play resumed. Gobert dunked off a short lob pass from Ingles and Clarkson made a pull-up 3-pointer to make it 105-87.

Hassan Whiteside scored on consecutive possessions and Mitchell followed with a bucket down low to push the Jazz lead to 21.

Utah has won its last three games by a combined 69 points, beating Philadelphia by 35 and Toronto by 16 earlier in the week. 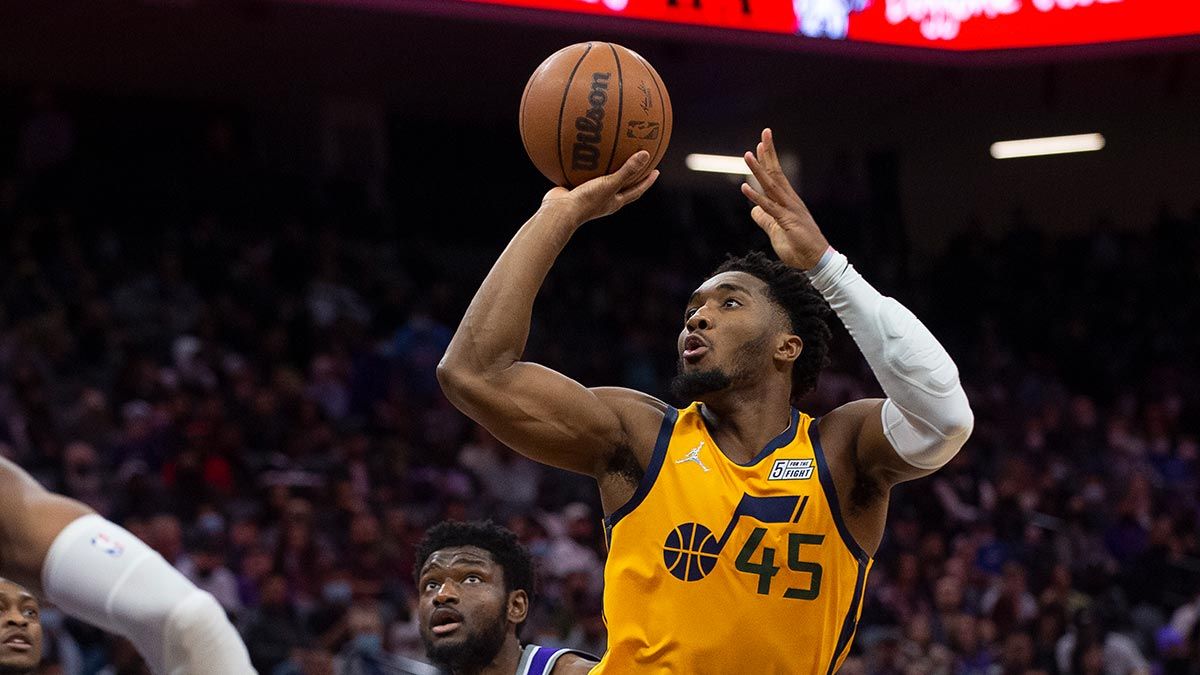 Jazz: Snyder was called for a technical foul in the third quarter.

Kings: De'Aaron Fox shot 5 of 17. … Fans rained down boos and chanted "Fire Coach Walton!" in the final minutes. … Sacramento hasn't defeated Utah since Nov. 1, 2019. … Walton and Buddy Hield were called for technicals in the first half.

Jazz: Play the Grizzlies on Monday. Utah has won six straight against Memphis.

Kings: Face the 76ers on Monday. Philadelphia hasn't lost in Sacramento since 2019.