BOSTON — Jayson Tatum didn't want to smile. But sometimes the moment calls for it.

The Celtics were trailing 124-123 in the final minute of overtime in their back-and-forth slugfest with the Clippers and Tatum found himself defended by Landry Shamet and Montrezl Harrell. Tatum hesitated, sidestepped Shamet, then spun around Harrell for a layup. As the crowd cheered around him, Tatum led out a loud yell, flexing his arms.

The play didn't win the game and gave Tatum just two of the 39 points he scored in Boston's thrilling 141-133 double-overtime win on Thursday night (Friday, Manila time). But it's the latest sign that the first-time All-Star is getting more comfortable as a go-to player.

"I did get a little excited," Tatum said. "I try to be as calm as I can and try to keep a poker face and move on to the next play. But basketball is a game of emotions and the crowd was into it."

Marcus Smart added 31 points and Gordon Hayward finished with 21 points and 13 rebounds. Kemba Walker had 19 points and nine rebounds. Tatum and Smart combined for 16 of Boston's 27 points in the overtime periods.

The Celtics have won seven straight at home and eight of their last nine overall.

The Clippers played most of the game without Paul George, who left in the second quarter with a left hamstring strain. Lou Williams led Los Angeles with 35 points. Kawhi Leonard had 28 points and 11 rebounds, and Harrell finished with 24 points and 13 rebounds. 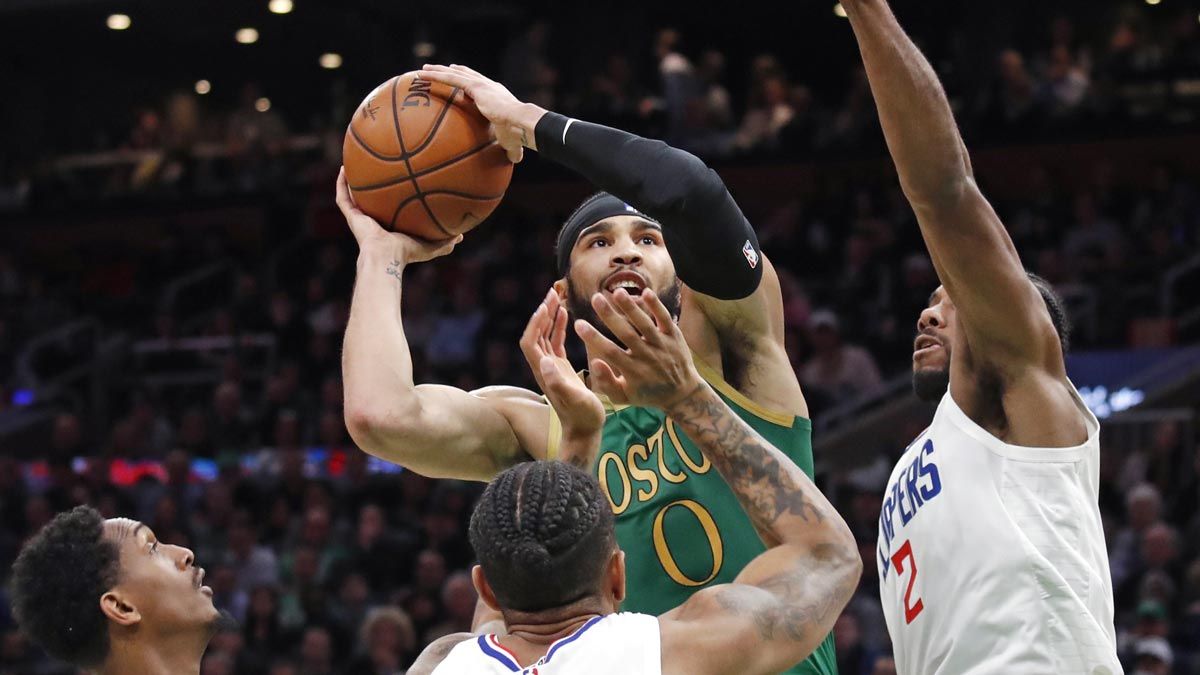 George played 15 minutes, scoring four points on 2-of-7 shooting before heading to the locker room.

The first meeting between the teams on Nov. 20 was also decided in overtime. The Clippers held on for a 107-104 win.

The Celtics took a 134-130 lead in the second OT on a driving layup by Smart and another by Tatum.

"He's more assertive," Leonard said of Tatum. "They are trusting him and he is trusting himself."

Harrell got a dunk on the Clippers' next trip up the floor. But Hayward responded with a 3 to increase Boston's lead to 137-132.

Tatum was called for an offensive foul, but Hayward blocked a runner by Williams off his body to force the turnover with 55 seconds left.

Hayward hit four free throws in the final minute to help close it out.

"I'm just happy we won," he said. "That would have been tough playing that hard as a team and not coming out with a victory."

The All-Star break comes at a perfect time for both teams as they try to get healthy.

Clippers guard Patrick Beverley missed his fourth straight game with a sore right groin. The Celtics played without Jaylen Brown, who has a left calf contusion.

Smart started in place of Brown and scored the Celtics' first 10 points, digging them out of an early 7-0 deficit. Smart and Tatum combined for 24 of Boston's 30 first-quarter points. It helped offset a 15-point opening period by Leonard.

Boston limited Leonard to two points in the second quarter but had no answers on the inside for Harrell, who had 16 points in the first half on 5-of-5 shooting from the field. 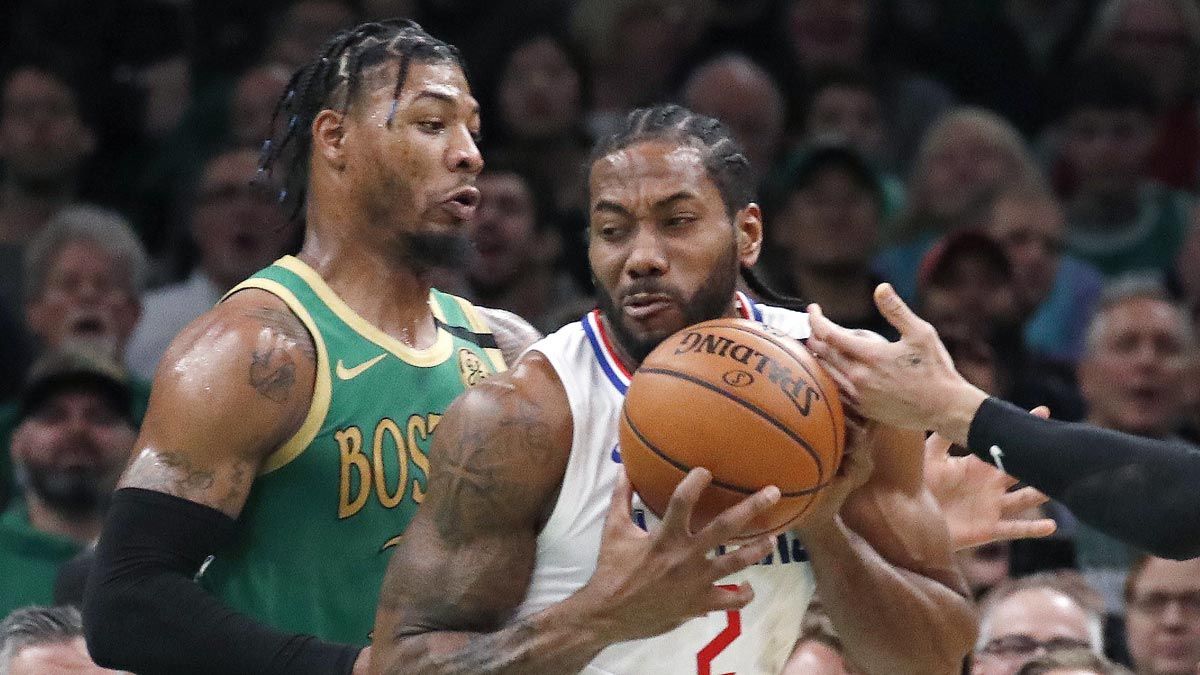 Clippers: Had a 65-19 advantage in bench scoring.

Celtics: Tatum and Smart had all 13 of Boston's points in the first overtime.

A 3-pointer by Marcus Morris gave the Clippers a 122-118 lead in the first extra period. But the Celtics responded and took a 125-124 lead when Tatum split a pair of defenders for a layup with 53.8 seconds left.

Leonard missed a short jumper and Tatum scored again off feed from Walker with 24.8 seconds remaining.

Landry Shamet tied it again with a 3-pointer, giving the Celtics the ball back with 21 seconds left. Tatum got off a 27-footer but came up empty.