Tatum on Adebayo block: ‘He made a great play … That's all it is’

LAKE BUENA VISTA, Florida — Jayson Tatum thought he had a dunk to tie the game.

Bam Adebayo had other ideas — and in the biggest moment of his young NBA career, Miami's All-Star big man more than rose to the occasion.

Jimmy Butler's three-point play with 12 seconds left put Miami ahead for good, Adebayo finished it off with a stunning rejection of Tatum at the rim on the ensuing Boston possession, and the Heat struck first in the Eastern Conference finals with a 117-114 win in Game One on Tuesday night (Wednesday, Manila time).

"When you have great competition like this, you just have to make plays that you can't even really explain," Heat coach Erik Spoelstra said. "And that was Bam tonight."

The Heat were down by 13 in the opening minutes, down by 14 in the final quarter and felt like a bad call took the lead from them in the final seconds. They found a way in overtime, improving to an NBA-best 9-1 so far in these playoffs.

Goran Dragic scored 29 points, Jae Crowder scored 22, Butler had 20 and Adebayo had 18. But even after a night when Butler made a go-ahead 3-pointer late in regulation and had the go-ahead-for-good points again in overtime, he pointed at Adebayo for his favorite moment.

"Bam. That seals the game for us," Butler said. "I love how he does any and everything that you ask him to do. I really do. You ask him to pass the ball, he does that. Score, he does that. Come up with a huge defensive stop, block, he does that. He's a huge part to our winning. I've been saying it all year long and I'll repeat it again."

Kemba Walker's basket with 23.2 seconds left in overtime put Boston up by one, before Butler muscled his way to the rim for a score while getting fouled by Tatum. The Celtics went to Tatum on the ensuing possession, only to watch him get denied by Adebayo. 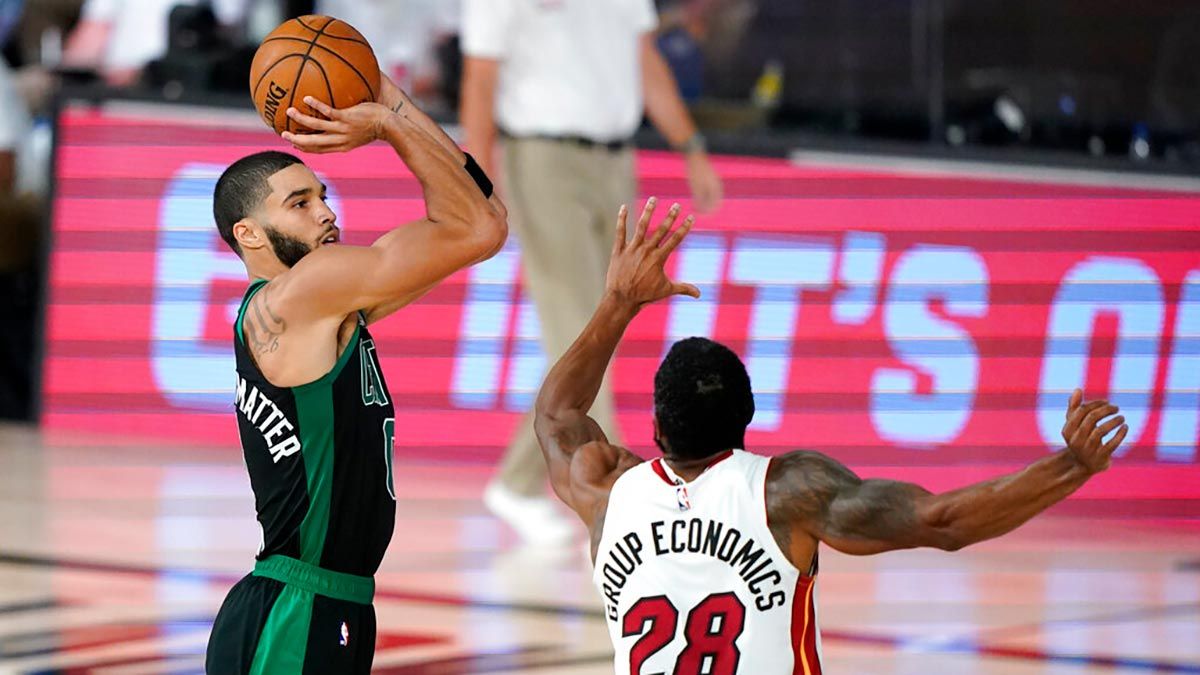 Tatum scored 30 points for the Celtics, Marcus Smart had 26 points, Walker had 19 and Jaylen Brown added 17. The Celtics had been 156-1 since the shot-clock era started 65 years ago — winners of 92 straight — when leading by 12 or more points going into the fourth quarter of a playoff game.

"He is a tremendous defender," Stevens said. "We're going to have to figure out, again, better ways to attack, especially late. I thought we really moved it at times, then we did get stagnant."

Miami's Tyler Herro was one assist shy of a triple-double — finishing with 12 points, 11 rebounds and nine assists. He would have been the second-youngest player in the last 40 years to have a postseason triple-double, one day older than Magic Johnson was when he got his first.

Boston led 85-71 early in the fourth and kept the lead for almost all of the final period — until Butler connected on a 3-pointer from the right corner with 22 seconds left for a 106-105 Miami edge.

The Celtics tied it before the clock even started again. Derrick Jones Jr. was called for an away-from-the-play foul while Miami defended the inbounds pass, a call where the Heat argued to no avail that he got shoved instead. Tatum went to the line, tied the game with the free throw, and Boston all of a sudden went from needing a score to being able to run out the clock.

Tatum's 3-point try at the end of regulation was short, and to overtime they went. 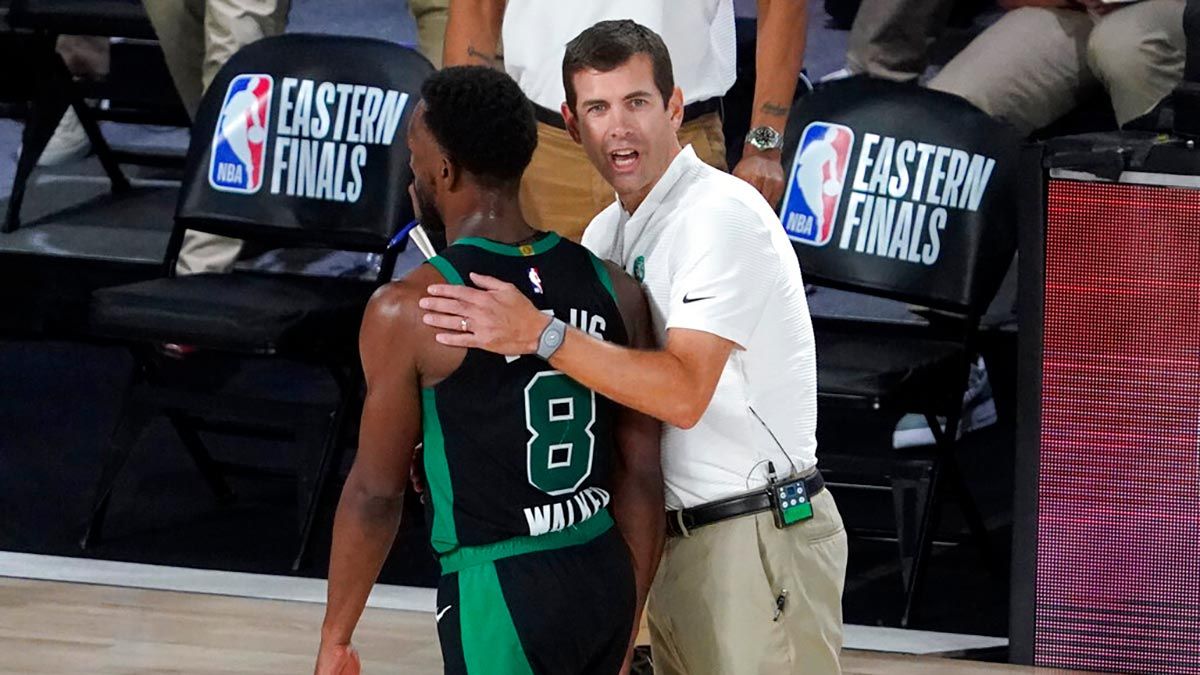 Heat: Miami has gotten into early trouble in all three of its Game 1s in these playoffs — down eight to Indiana early in the first round, down 11 to Milwaukee in the opening quarter of the second round and down 13 to Boston in Tuesday's first quarter. ... Andre Iguodala, who played in zero conference-final games in his first 10 seasons, has now played in 22 since 2015.

Celtics: Boston's record for consecutive Game 1 wins is 11, from 1985 through 1987. The Celtics won eight straight from 1959 through 1962. ... Gordon Hayward (ankle) was inactive again, though the Celtics believe he can play in this series. ... Brad Wanamaker had five steals for Boston.

Tuesday was the 141st meeting all-time between the Celtics and Heat. It also marked the 39th all-time matchup between the Boston Red Sox and Miami Marlins — but it was the first time those four clubs all faced off on the same date. The closest they previously came to colliding was 2012, when the Heat topped the Celtics in Game 7 of the East finals on June 9 and the Red Sox and Marlins opened a series two days later.

Tatum's son young Deuce cleared quarantine and was reunited with his dad — and the rest of the Celtics — in the bubble on Tuesday. "Ultimately, it's just nice for them to see their families," Stevens said. "I walked down the hallway with Deuce today, which was the highlight of my 70 days here. I think that's just really cool."