Enes Kanter had 15 points and nine rebounds, Kemba Walker added 14 points and Marcus Smart had 12 points for Boston, which won its second straight after a season-high three-game losing streak.

Zach LaVine led the Bulls with 30 points, including a couple of highlight dunks. Thaddeus Young added 17 points for Chicago, which has lost seven of eight.

The Bulls trailed by 55-37 at halftime, but came out with a 17-5 run over the initial 4 minutes of the second half. Lavine had six points in the spree.

Chicago cut its large deficit at intermission to six points twice in the third, the last 67-61 on Kris Dunn's 3-pointer from directly in front of Boston's bench, but the Celtics closed the quarter with an 8-2 spurt to take an 83-71 edge into the fourth.

The Bulls never really threatened in the final quarter. They closed it to 95-84 with just under 6 minutes to play on Daniel Gafford's put-back basket, but never tested Boston the rest of the way. 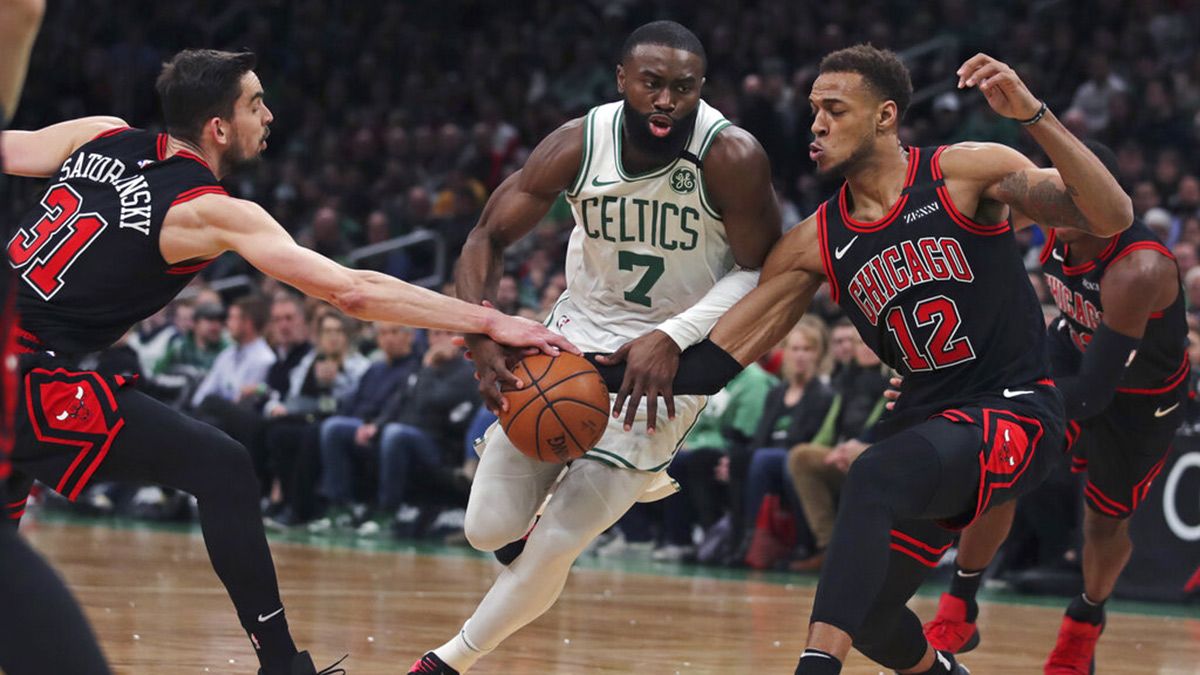 Jaylen Brown tries to slice through the defense of Daniel Gafford and Tomas Satoransky.

Celtics: C Daniel Theis missed the game with right knee soreness. … G Marcus went to the floor early in the second quarter after banging his left knee into Ryan Arcidiacono's right knee. Smart got up slowly after a short delay, but stayed in the game. He also was limping later in the quarter.

Bulls: Host the Wizards on Wednesday night. Beat Washington on the road in the clubs' first game, 110-109, in overtime on Dec. 18.

Celtics: Host the Pistons Wednesday in the teams' second meeting of the season. Boston won the first, 114-93, at home on Dec. 20.