Al Horford added 10 points, 11 rebounds and seven assists for Boston, which won for seventh time in 10 games. Grant Williams chipped in with 14 points and Enes Kanter had 10 points and 10 boards.

Coming off an emotional 22-point victory over the rival Lakers a night earlier, the Celtics didn't have any letdown, charging to a double-digit lead midway into the second quarter.

Tatum had 37 points and 11 rebounds in the win over Los Angeles on Friday.

Boston pushed a 13-point halftime lead to 68-48 on Horford's three-point play. The Thunder made a brief spurt with consecutive 3s by Giddey before the Celtics went on a 13-2 run.

They led by 16 with 6 ½ minutes left in the game before the Thunder sliced it under double digits on Jeremiah Robinson-Earl's follow shot with just under 4 minutes left.

But Oklahoma City never made a serious threat.

Boston held a 58-45 halftime advantage behind 16 points from Tatum and 13 by Schroder. 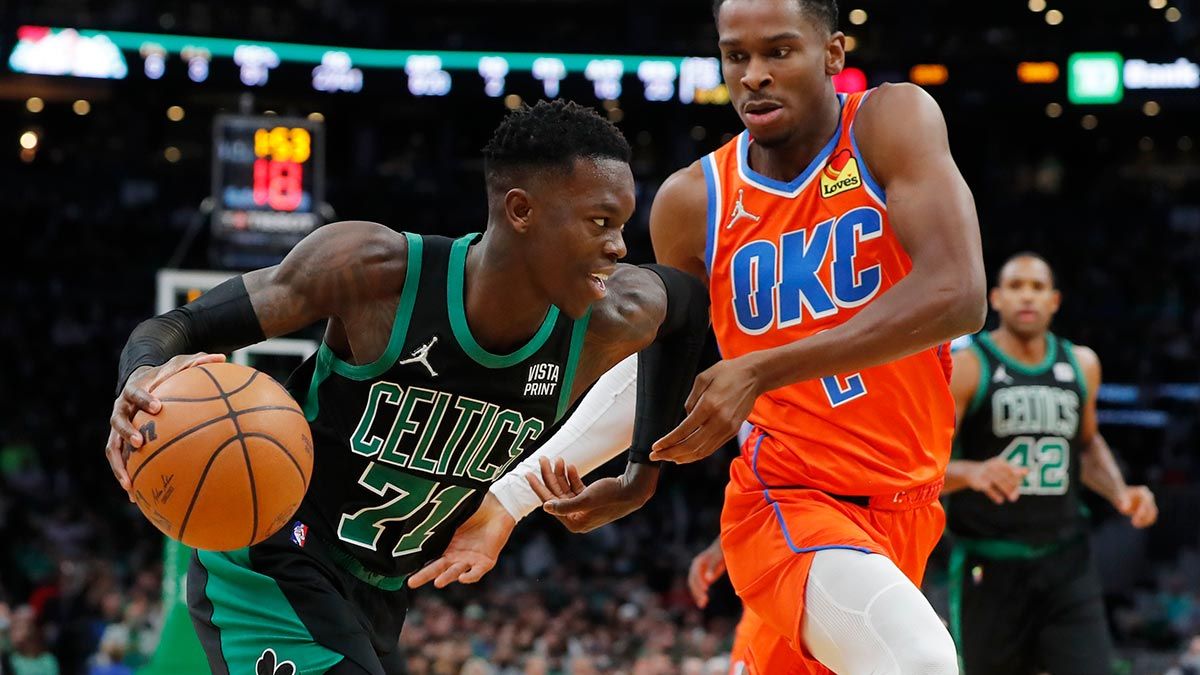 Thunder: They made more 3-pointers (5) than 2s (4) nearly 17 minutes into the game and didn't make a field goal from inside the arc until midway into the first quarter.

Celtics: F Jaylen Brown missed his eighth straight game with a strained right hamstring and C Robert Williams III was sidelined for his third consecutive with a sore left knee.

Tatum was riding an exercise bike away from the bench near the stands after he came out of the game in the second quarter, when a little boy came over and the star gave him a fist-pump.

Tatum bounced a cross-court pass to Grant Williams from the edge of the paint to the opposite corner, with the ball going through the legs of Darius Bazley as he bent down to try and grab it.

Thunder: At Atlanta on Monday night.