Jaden McDaniels scored 17 points and Malik Beasley added 15 points and eight rebounds for the Wolves, who were playing without all five of their regular starters due to COVID-19 protocols.

Veteran center Greg Monroe, signed to a 10-day contract earlier in the day, had 11 points and nine rebounds in 25 minutes for the Wolves, who snapped a two-game losing streak.

COVID-19 played a huge role in the game, as both teams' lineups were decimated. The Timberwolves played without their top three scorers — center Karl-Anthony Towns and guards Anthony Edwards and D'Angelo Russell.

Meanwhile, Celtics leading scorer Jayson Tatum missed his first game this year after he was added to the league's health and safety protocols list on Monday.

Nowell and Knight took advantage of the opportunity to post career highs in scoring.

A 13-0 run to end the second quarter gave Boston a 56-45 halftime lead. But the Timberwolves chipped away, with Knight scoring their first eight points of the third quarter. A three-point play by McDaniels cut Boston's lead to five at the end of the period.

Nowell's fifth 3-pointer of the game tied the score 79-all early in the fourth quarter. Then, after the Celtics missed a pair of free throws, Nowell drove the lane for a ferocious one-handed dunk in traffic.

Knight and Beasley followed with consecutive 3-pointers to give the Wolves an 87-81 lead, forcing a Celtics timeout with 8:32 to go.

After a 3-pointer by Horford, Nowell hit another 3 and Monroe added a tip-in to put Minnesota up by nine. The Wolves held Boston at a distance the rest of the way.

The Timberwolves got consecutive baskets from Beasley and Nowell late in the second quarter to take a 45-43 lead. However, two Pritchard 3-pointers bookended three straight jumpers by Brown as the Celtics rattled off the final 13 points of the quarter. 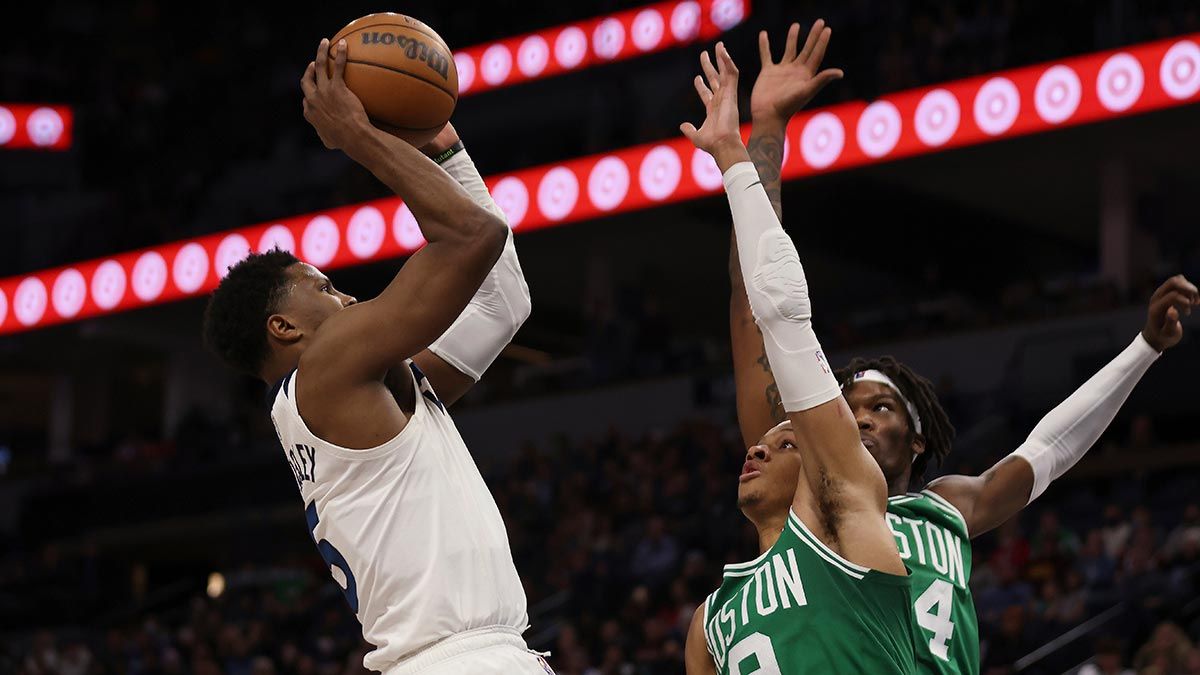 Celtics: Host the Clippers on Wednesday.

Timberwolves: Host the Knicks on Tuesday.