SALT LAKE CITY — After a 43-point loss to Minnesota a day earlier, Ja Morant and the Memphis Grizzlies had a 90-minute team meeting in Utah to clear the air.

In the closing seconds against the Jazz, there was nothing they needed to say.

So after Jaren Jackson won a jump ball Monday (Tuesday, Manila time) against Rudy Gobert, Grizzlies coach Taylor Jenkins skipped calling a timeout and left it to his players to win the game.

"I didn't need to say anything," Jenkins said.

Morant drove into the middle and kicked it back to Jackson, who hit the go-ahead 3-pointer in the Grizzlies' 119-118 victory.

"Any time Ja drives, it's like he has eyes in the back of his head. He already knows where everybody is on the court. He attracts a lot of attention and was able to hit me in my spot with a great pass," said Jackson, who scored a season-high 26 points.

Morant had 32 points and Desmond Bane added a career-high 28 as the Grizzlies scored the final seven points for their third win in their last four games.

"It was me just reading the floor. We had Jaren spaced to keep Rudy (Gobert) outside of the paint. As I was driving I saw Rudy take some steps in and if I would have laid it up he probably would have blocked me, so I made the right read," Morant said.

Bojan Bogdanovic scored 24 points and made a season-best seven 3-pointers. He hit back-to-back jumpers from beyond the arc in the final two minutes to put the Jazz in prime position.

Tied at 112, Gobert blocked Morant's floater and Royce O'Neale found Bogdanovic for a transition 3. The next time down, the Croatian sharpshooter drained a step-back 3 for a 118-112 lead with 1:28 remaining.

Memphis hit four of six free throws while stopping the Jazz on consecutive possessions. Then, on Morant's miss with 14.1 seconds left, an official review remaining showed Gobert did not interfere with the ball in the cylinder.

It resulted in a jump ball at midcourt, which Jackson won over Gobert.

Donovan Mitchell, who had 18 points on 5-of-20 shooting, missed an off-balance jumper at the buzzer.

"They guarded well but I just missed some shots tonight. It happens," Mitchell said, while mostly pinning the loss on giving up offensive rebounds and turnovers.

Gobert had 23 points and 13 rebounds, while Mike Conley had 19 points and assists for the Jazz.

"We were up six with a minute left and we had three straight possessions where we don't execute," Gobert said. "Just too many mistakes for a team that has the kind of experience we have."

The Jazz (11-6) led 80-73 on Hassan Whiteside's tip-in before the Grizzlies scored nine straight points to take their first lead of the second half. Bane made two 3s in the run, while Brandon Clarke had a monster block on Bogdanovic.

The Jazz and Grizzlies then traded several highlight-reels plays as the pace quickened significantly. Conley finished a third quarter that saw the teams combined for 74 points with an alley-oop pass to Gobert for a layup and a floater to make it 96-92 entering the final quarter.

This was the first meeting since the Jazz ousted the Grizzlies 4-1 in the first round of last season's playoffs.

"It was big time for us to get this win. In that series, we played the majority of every game, good hard basketball and in the last four minutes of those games, they were just better and broke away from us," Morant said. 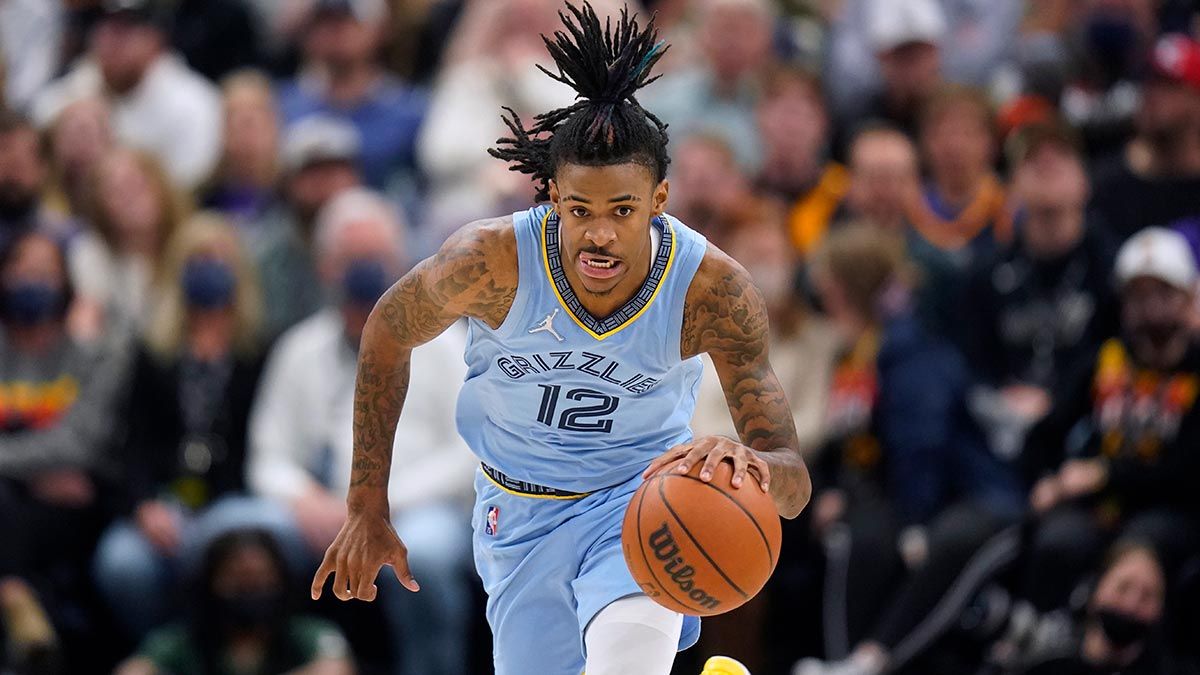 Grizzlies: Bane scored or assisted on seven of Memphis's first 10 baskets. … Dillon Brooks missed his second straight game with a sore right hamstring after playing his first three games of the season since offseason hand surgery. … Memphis had a 24-2 advantage in points off turnovers and an 18-13 edge on fast-break points.

Jazz: The Jazz started the game 1 of 12 from beyond the arc. … Utah is now 6-1 against Western Conference foes and had a six-game winning streak against Memphis snapped. … Mitchell had a season-high eight assists.

Gobert had five blocks to pass Greg Ostertag for third place on the franchise career blocked shots list with 1,254.