Back from knee injury, James Wiseman powers Warriors past Wizards

TOKYO — James Wiseman, who missed all of last season while rehabilitating after a knee injury, scored 20 points on Friday as the defending champion Golden State Warriors defeated the Washington Wizards, 96-87, to open the NBA preseason in Tokyo.

Wiseman played 24 minutes, connecting on eight of 11 shots, while adding nine rebounds and one block in his return following a right meniscal tear.

Rui Hachimura, a native of Japan who received a robust ovation from the crowd when he was introduced with the Washington starters, led the Wizards with 13 points and nine rebounds. Wiseman and Hachimura were the only players to finish in double figures as both teams substituted freely, particularly in the second half. 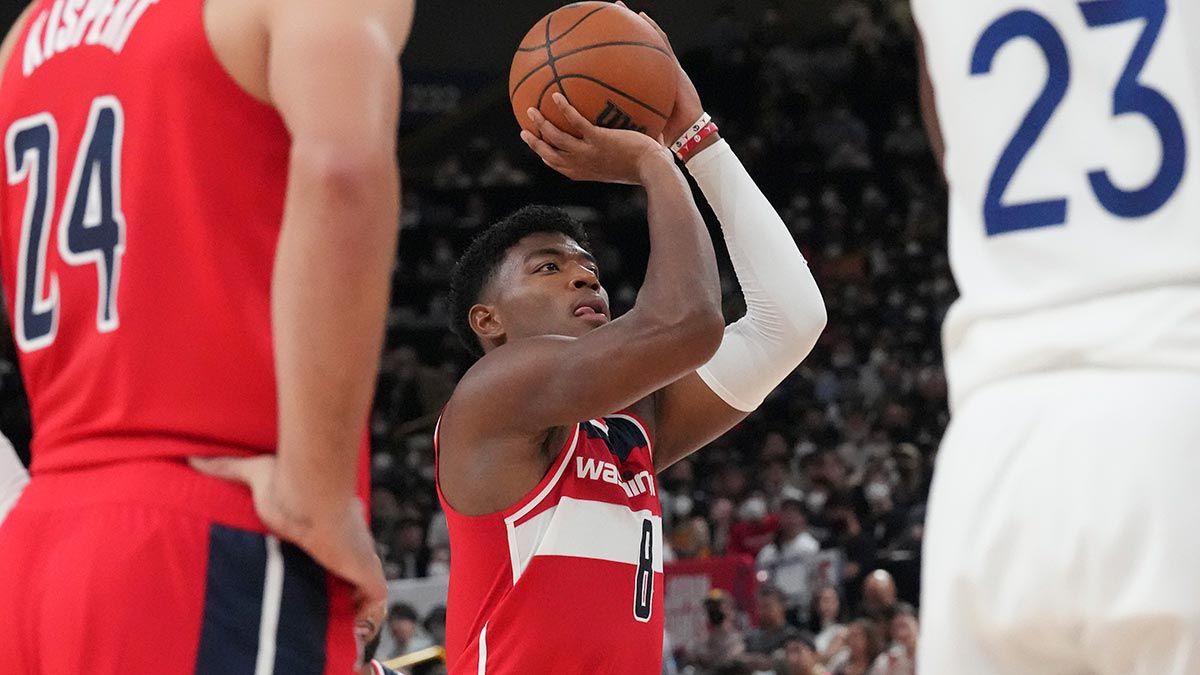 Rui Hachimura ends up a rebound short of a double-double.

The exhibition is part of a two-game series in Tokyo between the Warriors and Wizards, the first played in Japan since the Houston Rockets and Toronto Raptors played a preseason game in 2019.

The sellout crowd got glimpses of stars Curry, Draymond Green and Hachimura, as well as Beal. None of the Golden State starters played more than 20 minutes. By the third quarter, the teams were deep into their benches and gave reserves extended time in the game.

Both teams showed some early turnovers and errant passes and shot under 33% in the first half. Both ended the game shooting under 37%.

Warriors starting guard Klay Thompson didn't play, with Jordan Poole starting in his place. Golden State coach Steve Kerr announced before the game that the Warriors were being cautious with Thompson. He returned in January after missing 2 1/2 seasons after suffering a torn ACL in the 2019 NBA Finals, followed by a ruptured Achilles. Thompson is not expected to play in Tokyo.

For the Wizards, Will Barton, who was obtained from Denver in an offseason trade, missed the game with back tightness.

Among the draft picks, Patrick Baldwin, the 28th overall pick for the Warriors, played 8 minutes and had seven points. For the Wizards, Johnny Davis from Wisconsin, picked 10th overall, played 22 minutes. He missed all five shots and finished with four points.