It's the third straight win for Houston, and Charlotte's fourth consecutive loss and 12th in 13 games.

Harden finished a rebound shy of a triple-double after also scoring 40 points but falling one assist short of a triple-double in Houston's last game. He's scored at least 35 points or more in his last three games after struggling through a shooting slump in his previous four.

The Rockets got off to a slow start and trailed throughout most of the first half on a night they played without starters Clint Capela and Russell Westbrook, who sat out with injuries.

The Hornets led early in the fourth before the Rockets used a 15-2 run to take control of the game midway through the quarter and cruise to the victory. 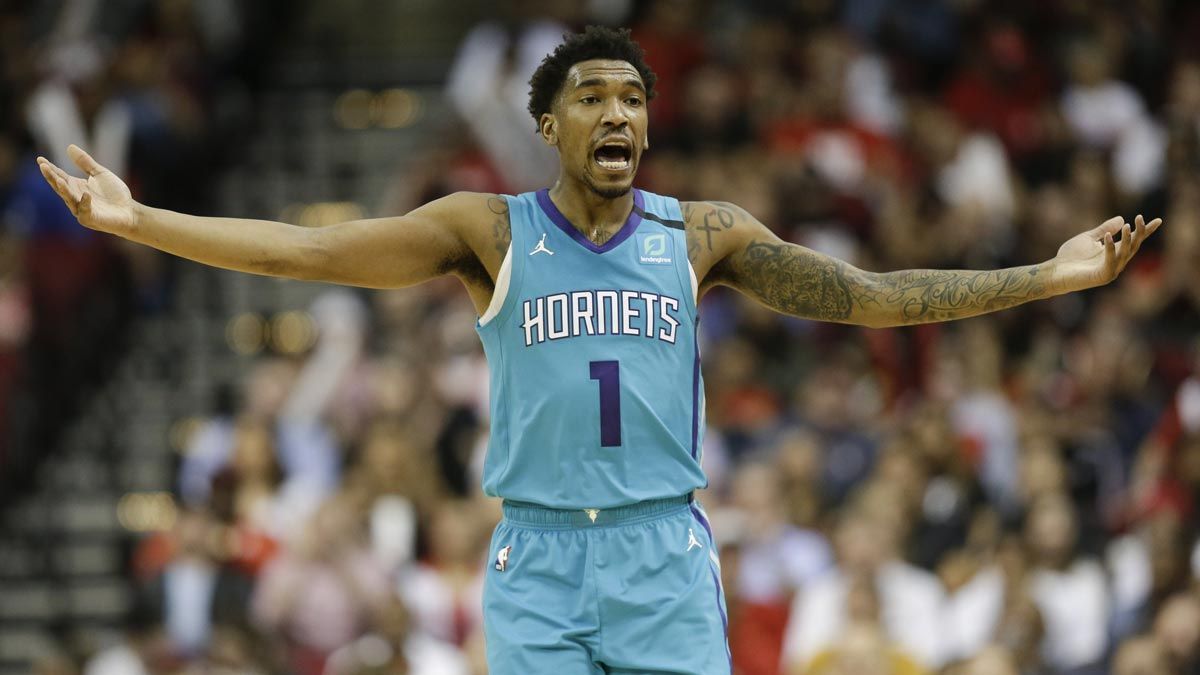 Miles Bridges and Terry Rozier had 20 points each for the Hornets and Malik Monk added 19 points off the bench.

Harden fell onto his backside and smiled broadly as he watched the shot go in before making the free throw to complete the four-point play that sealed the victory.

The Rockets led by 4 entering the fourth quarter but consecutive 3-pointers by Devonte' Graham put the Hornets up 101-98 with about eight minutes left.

Charlotte's lead would be short-lived, as Houston went on a 10-2 run, with five points from Harden, to make it 108-103 midway through the fourth.

The Hornets called a timeout, but it didn't stop Houston's run as Danuel House made a 3-pointer seconds after the timeout.

Soon after that Martin got hit in the nose by teammate Cody Zeller's elbow while the two were fighting for a rebound. Martin crouched to the ground holding his face as blood poured onto the court. He was quickly taken to the locker room, but it took a few minutes to clean the blood off the floor and resume play.

House added a dunk on an alley-oop after that to extend Houston's lead to 113-103.

Martin returned from the locker room with about five minutes left in the quarter and he re-entered the game with about three minutes to go.

Charlotte led by as many as 15 early but Houston ended the third quarter with a 10-4 run, with 3s from Ben McLemore and Austin Rivers, to take a 92-88 lead into the fourth. 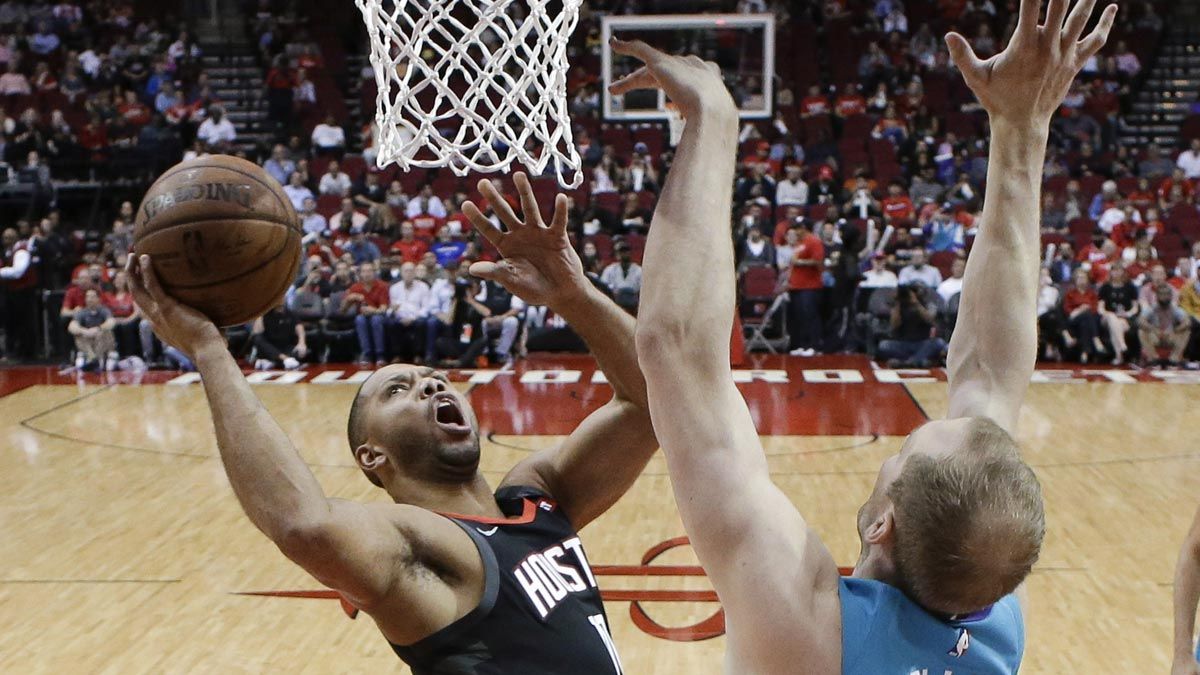 Rockets: House added 22 points and nine rebounds. ... Eric Gordon had 16 points and P.J. Tucker added 13 points and 10 rebounds. ... Capela sat out for the third straight game and the fourth time in five games. Coach Mike D'Antoni said he won't return until he's pain free. ... D'Antoni said that he expects Westbrook, who has a sprained left thumb, to return on Thursday night.