HOUSTON — Houston coach Mike D'Antoni has been around James Harden long enough to know that he'd eventually snap out of his shooting slump.

But he admitted on Sunday (Monday, Manila time) that he was quite relieved to see it happen sooner rather than later.

"I can go home and go to bed now," D'Antoni said. "Before I wouldn't be sleeping much."

Harden had 40 points and came an assist shy of a triple-double to lead the Rockets to a 117-109 win over the New Orleans Pelicans.

Rookie sensation Zion Williamson had 21 points and 10 rebounds for the Pelicans, whose three-game winning streak was snapped.

Harden, who added 10 rebounds and nine assists, poured in 26 points in the first half and cooled down in the second half. But he still had his second straight game with 30 or more points after failing to score 30 in his previous four games as he worked through a shooting slump.

"James is James, so we can put all that other stuff the rest because he seems like he's back," D'Antoni said. 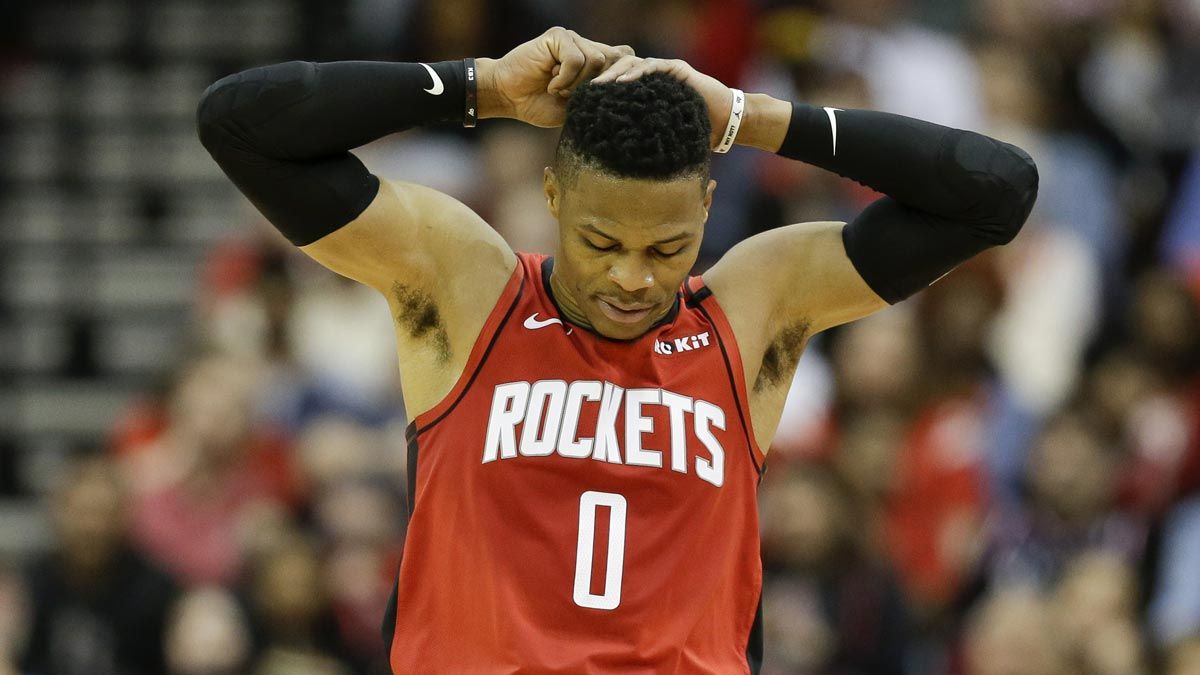 Jrue Holiday had three points before Josh Hart made one of two free throws to allow New Orleans to cut the lead to 110-107 with about two minutes to go.

Eric Gordon added a basket seconds after that and Danuel House hit a 3-pointer to make it 115-107 with less than a minute left to seal the victory.

Brandon Ingram had 28 points and 12 rebounds for New Orleans.

Houston went with its small lineup again as center Clint Capela missed his second straight game and the third in four games with a bruised right heel. Russell Westbrook added 22 points for the Rockets and Ben McLemore had 22 off the bench.

Harden was more interested in talking about Houston's defense down the stretch than his shooting.

"We did a pretty good and solid job the entire game," he said. "The fourth quarter was the time to lock it down and we did that to win the game."

Pelicans coach Alvin Gentry was unhappy that his team didn't get the ball to Williamson for long stretches in the fourth quarter.

"Zion can't go four minutes without touching the basketball and that's on me," he said. "That's something that I've got to make sure that that will never happen again."

Gentry was asked if the failure to get the ball to him was a product of the team not being used to playing with the rookie who has only played six games.

"No," he said. "You've got to get him the damn basketball ... if not there's no reason for us to have him in the game. And that's not going to happen either."

Williamson wasn't upset about his lack of touches in the fourth quarter.

"I trust my teammates," he said. "They felt like what they did was the right play and I don't fault them with anything they did."

The Pelicans led by one to start the fourth and scored the first four points of the quarter to make it 97-92. But Harden made a 3-pointer before finding Westbrook for a layup to tie it up with about 10 minutes left.

The Pelicans were up by two points later in the fourth when House made a 3-pointer to put Houston up 102-101. Both teams missed numerous shots after that and Houston finally got back on the board with a layup by House with about seven minutes to go. Harden made a layup after that to push Houston's lead to 106-101. 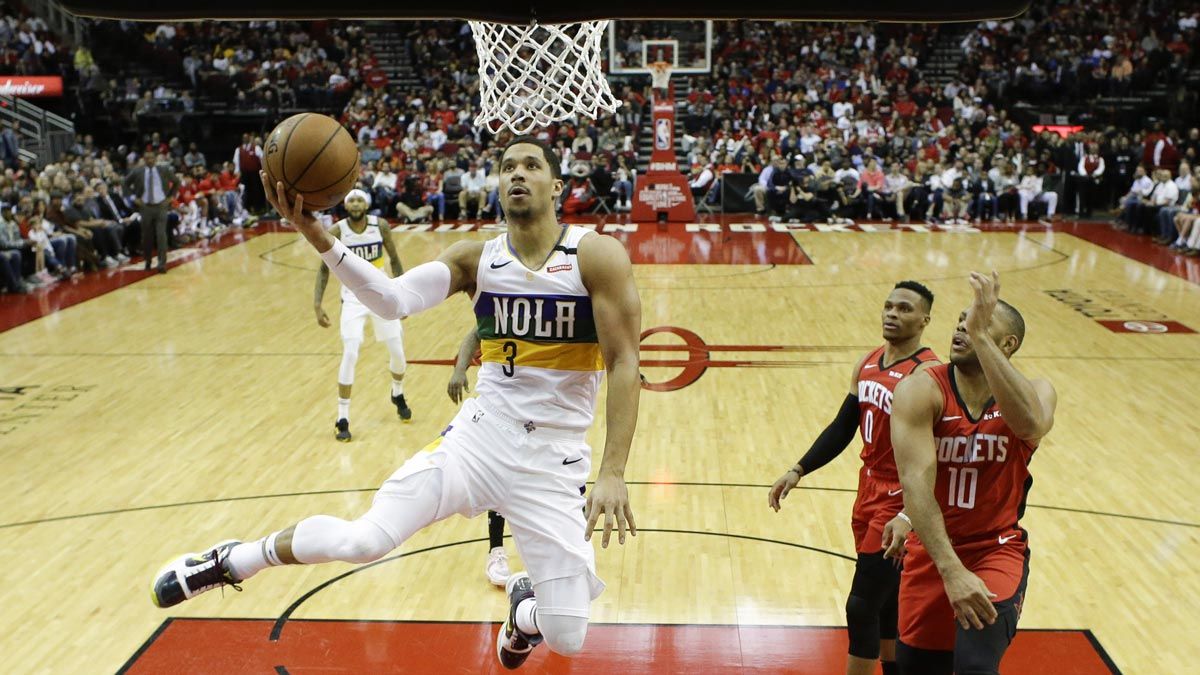 Hart made the first field goal for New Orleans in more four minutes after that to cut the lead to 106-103 midway through the fourth.

The teams combined to miss nine shots over the next 2 ½ minutes before Harden added two points on free throws that pushed Houston's run to 9-2 and made it 108-103 with 3 ½ minutes to go.

This game was close throughout and Houston cut the lead to 93-92 entering the fourth quarter after McLemore made two of three free throws after he was fouled on a 3-pointer.

Rockets: Coach Mike D'Antoni said Capela is day to day with his injury and that he won't play until he is pain free. ... Houston made 16 of 51 3-point attempts. ... House had 12 points and 12 rebounds.

ZION'S START Sunday was the fourth 20-point game for Williamson. He's the first rookie to score 20 or more points four times in his first six games since Damian Lillard did it in the 2012-13 season. Before Lillard, the last one to do it was Kevin Durant in 2007-08.