HOUSTON — For James Harden, it wasn't a choice.

He had to be at Kobe and Gianna Bryant's memorial service in Los Angeles on Monday (Tuesday, Manila time) even though his Houston Rockets had a game that night.

"It was everything just to pay my respects," Harden said. "To show my condolences to the family. Obviously it's a tough time for them, for the entire world, so it was a must that I be there and show my respects."

Harden, Russell Westbrook and P.J. Tucker arrived at the arena about 70 minutes before tip-off after attending the memorial service.

Harden scored 37 points, and the Rockets beat the New York Knicks 123-112 for their fourth straight victory.

"It's unbelievable what he can do tired or distracted and not in his routine but he just keeps plugging away," coach Mike D'Antoni said. "That's why we value him. He doesn't miss games or minutes and he just plays." 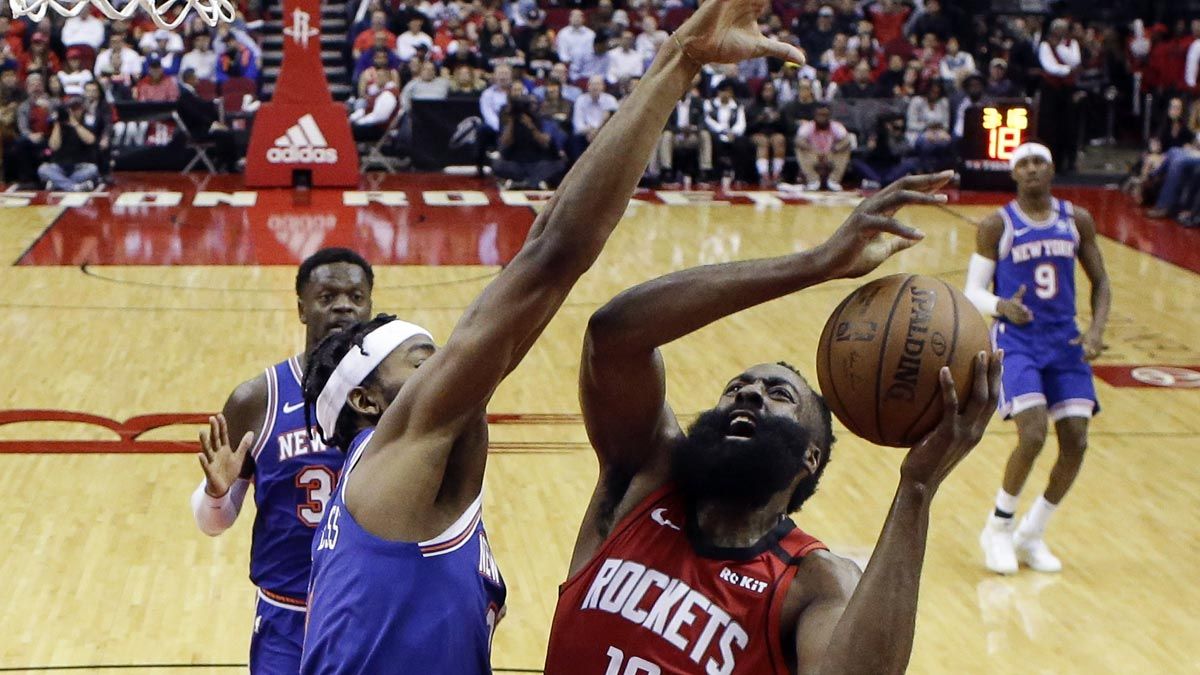 Harden had 31 by halftime, helping Houston to a 72-57 lead at the break. He cooled down eventually, but his first-half work put the Rockets in control against the struggling Knicks, who lost their fourth in a row.

He looked worn out after the game as he prepared to spend his first night at home since before the NBA All-Star Game.

Harden was asked what he'd remember most about Bryant, who was killed along with his daughter and seven others in a helicopter crash last month.

"Just his competitive spirit," Harden said. "He always talked about your ... path that you're on and how there's always going to be tough times. There's going to be times when you don't want to work hard or you just don't feel like it, but those are the times you have to push through."

Harden, who had a career-high 61 points against the Knicks in January 2019, didn't score in the fourth quarter before sitting down for good with about three minutes left and the game well in hand. He also finished with nine assists and six rebounds.

Westbrook was expected to play against the Knicks, but was scratched with a sore thumb.

The Rockets were up still up by 15 to start the fourth quarter and pushed the lead to 111-91 with about 9½ minutes left after an 8-2 run, highlighted by five points from Austin Rivers.

The Knicks got 21 points from RJ Barrett, and Julius Randle added 17 points with 12 rebounds.

"You have a team that can attack you in so many different ways," Knicks coach Mike Miller said. "You have to make them earn everything and I think they got too many easy ones early." 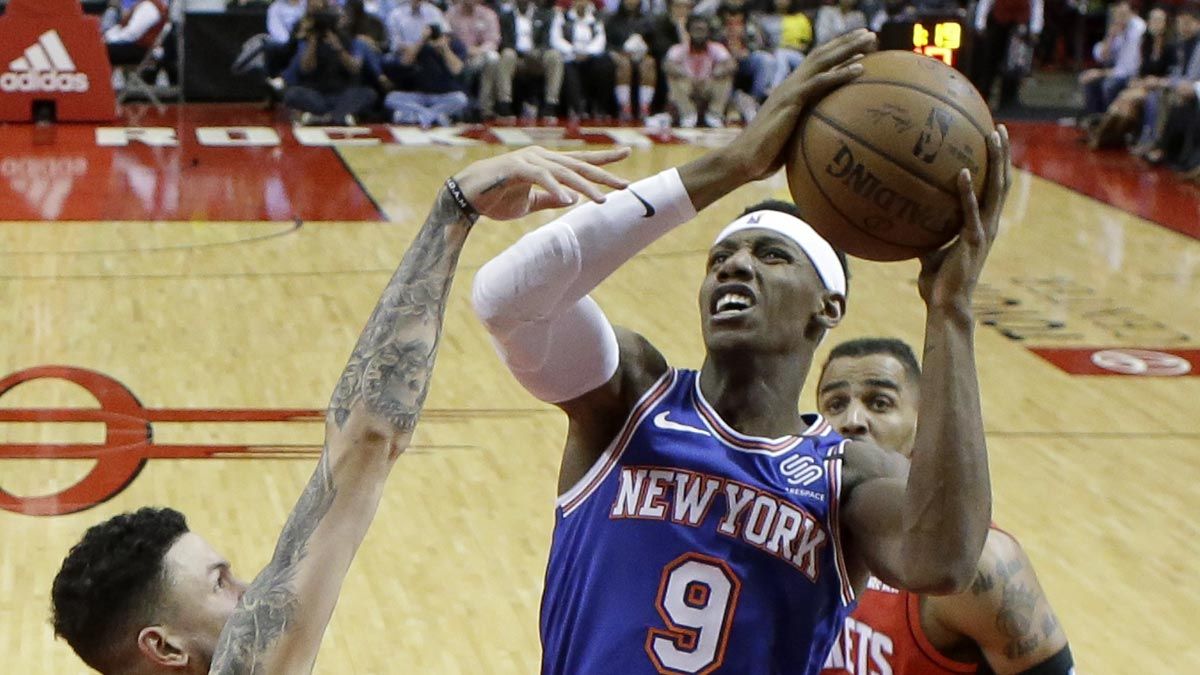 The Rockets got 47 points from their reserves, led by Ben McLemore's 17. Starter Danuel House raved about the value of such contributions from the backups.

"It makes your team very dangerous," he said. "If your starting five is capable of putting up points and your bench is capable (too), the team can stay consistent."

Rockets: G Eric Gordon started in place of Westbrook and had 16 points in his second game back after missing three games with a bruised left leg. But he left early in the fourth quarter with a sore knee.