HOUSTON — James Harden scored 35 points, Russell Westbrook added 32 and the Houston Rockets built a big lead and held on for a 128-121 victory over the Dallas Mavericks on Friday night (Saturday, Manila time).

Harden led the Rockets with a season-high 16 rebounds with center Clint Capela out with a bruised heel.

The Rockets led by 16 points entering the fourth quarter on a night when Mavericks star Luka Doncic sat out with a sprained right ankle that is expected to keep him out at least six games.

But the Mavericks started out the fourth quarter strong and got within four with about five minutes left.

Austin Rivers made a 3-pointer to stretch Houston's advantage to 113-106 after that. Harden stole the ball from Kristaps Porzingis seconds later and finished the fast break with a layup.

But Dallas wouldn't go away and cut the lead to four twice after that with the second time coming with about 90 seconds left when Tim Hardaway Jr. was fouled on a 3-pointer and made the free throw for a four-point play. 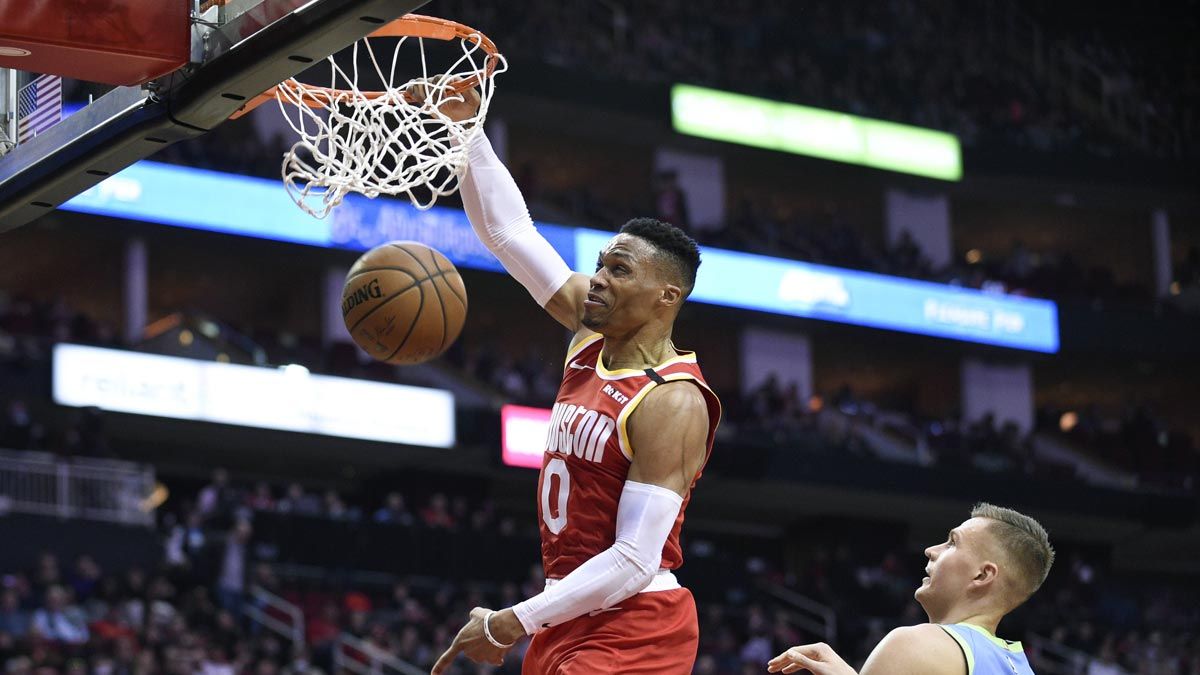 Harden made a 3-pointer to pad Houston's lead after Hardaway's play, and the Rockets were able to hold on for the victory.

Porzingis had 35 points and 12 rebounds as the Mavericks lost their second game in a row.

The Mavericks scored the first seven points of the fourth quarter, capped by a 3-pointer from Seth Curry, to cut the deficit to 101-92. Dallas was still down by nine when Harden entered the game for the first time in the fourth quarter with about 9 minutes to go.

But his presence didn't stop the Mavericks' charge. Dallas used a 7-1 spurt, with five points from Delon Wright, to get within 107-104 and make Houston coach Mike D'Antoni call a timeout to try and get his team on track.

Houston got its first field goal in almost 3 ½ minutes after that when Harden made a 3-point play midway through the quarter.

The Rockets had a five-point lead at halftime and had pushed it to 85-70 with 7 minutes left in the third quarter. Houston got 3-pointers from Danuel House, P.J. Tucker and Eric Gordon in that stretch and got two dunks after steals to help build the lead.

Houston led by 17 later in the third before the Mavericks used an 8-2 run, with the first five points from Porzingis, to get within 94-83.

But Westbrook took over after that, scoring the next five points before throwing an alley-oop to Ben McLemore, who finished with a dunk, to push the lead to 101-83. Westbrook smiled broadly and raised his arms to encourage the crowd to cheer when the Mavericks called a timeout after that play. 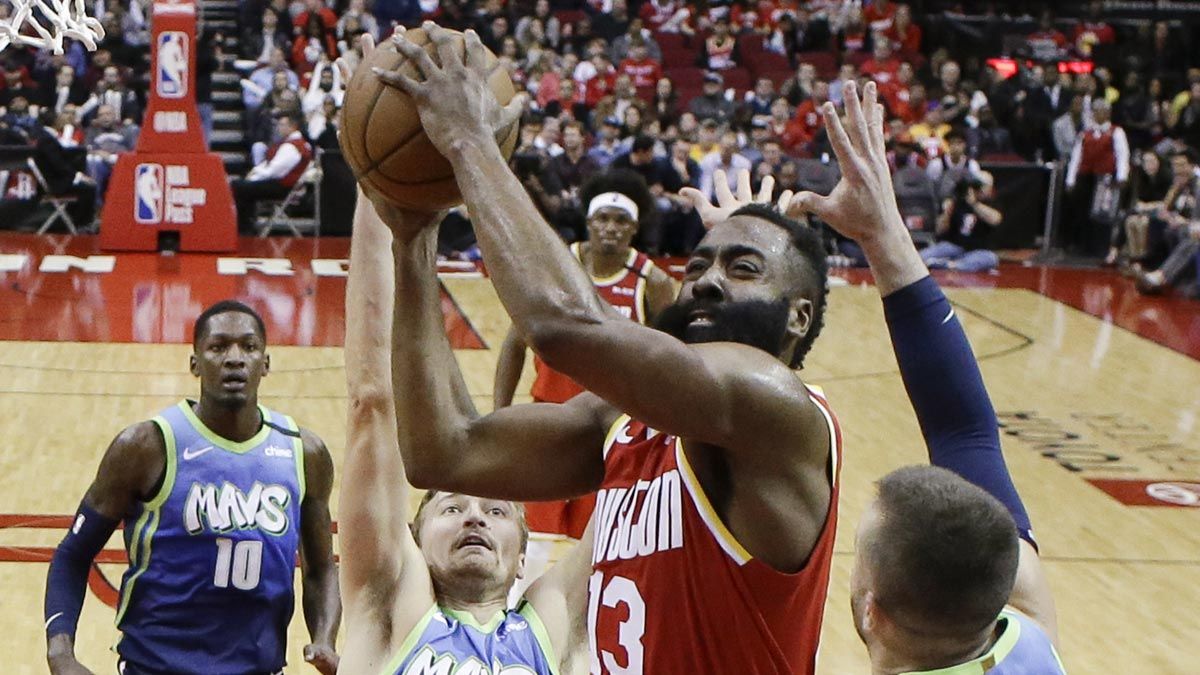 Mavericks: Coach Rick Carlisle got a technical foul in the second quarter for arguing about a foul call. ... Hardaway had 15 points. ... Curry added 16 points off the bench.

Rockets: Capela sat out for the second time in three games because a bruised heel that has bothered him for weeks. D'Antoni said he's day to day with the injury. ... Houston scored at least 100 points through three quarters for the fifth time this season and improved to 34-0 when the team has scored 100 points before the fourth quarter under D'Antoni.