THE Los Angeles Clippers’ new superstar duo isn’t available yet, and the Houston Rockets aren’t ready to use theirs.

At some point, those will be two of the teams that following a summer of change around the NBA can put a pair of All-Stars into a championship-contending lineup.

In the meantime, James Harden can still deliver a dazzling one-man show.

The league’s leading scorer had 37 points, seven rebounds, seven assists and a role in the league’s new coach’s challenge, leading Houston to a 109-96 victory over the Clippers.

A three-game schedule that features the league’s first game in India later Friday (Saturday, Manila time) started in Honolulu, but without many of the biggest names on the rosters. Houston gave Russell Westbrook another game off while he recovers from knee surgery in the spring, hoping to get the former Oklahoma City point guard onto the floor when it heads to Japan to play a pair of exhibition games against Toronto.

Los Angeles is easing Kawhi Leonard into the season after he led the Raptors to the NBA championship, and Paul George is still recovering from shoulder surgery and not ready for contact. With those two swingmen together, the Clippers are one of the favorites to win their first title.

They will also give Los Angeles a pair of defensive stoppers to throw at Harden. Without them, the Clippers couldn’t contain the 2018 MVP.

Coming off a triple-double on Monday against Shanghai, Harden played 28 minutes and shot only 8 of 22 from the field and 4 for 14 from 3-point range, but hit 17 of 20 free throws.

He also committed an offensive foul in the first half that Houston coach Mike D’Antoni tried to overturn by using the one challenge coaches get per game this season. Replay showed that Harden hooked his defender’s arm with his right arm while he dribbled with his left hand, so the call was upheld. 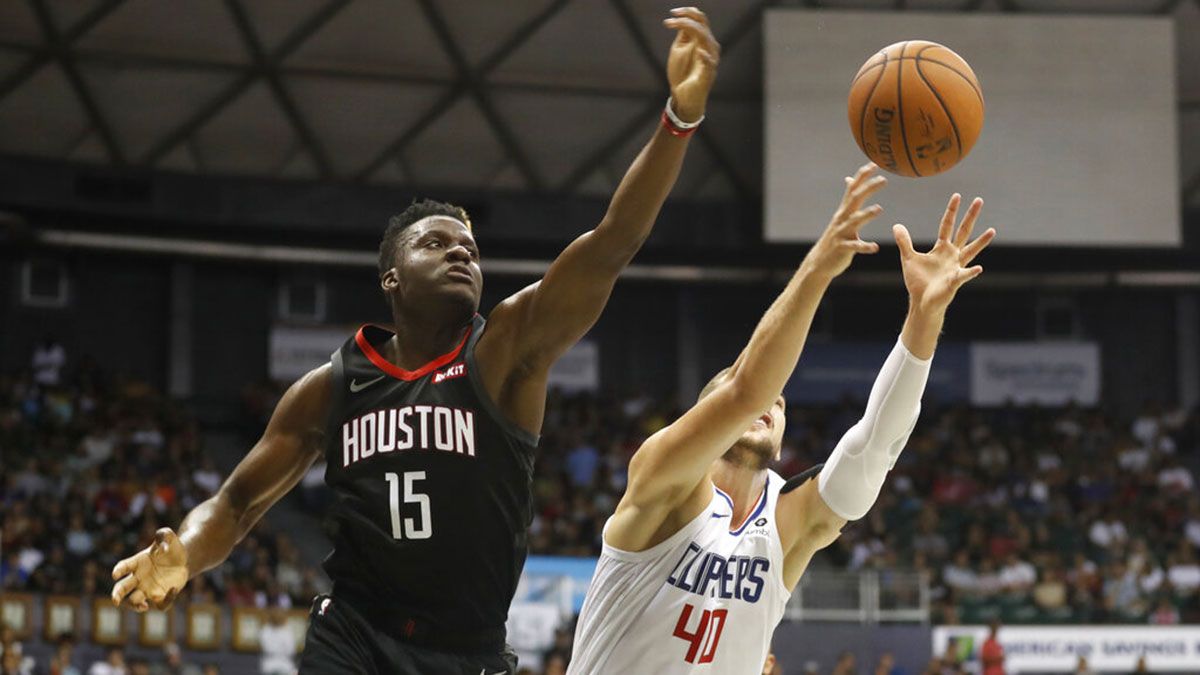 The remainder of the schedule includes Sacramento and Indiana playing the first of their two-game set in India, followed by the Brooklyn Nets hosting Brazilian club Franca. Kyrie Irving is not expected to play after sustaining a facial fracture late last month.

In Honolulu, rookie guard Chris Clemons scored 15 points and Clint Capela had 14 points and 11 rebounds. Houston finished 11 for 48 from behind the arc, with Ben McLemore making three.