HOUSTON — If this Houston Rockets season was a movie, it would likely be called: Young and Younger.

With James Harden and P.J. Tucker both long gone, the Rockets are rebuilding from the ground up with an extraordinarily young roster.

After sinking to a franchise-worst 17-55 last season in the wake of the Harden trade with Brooklyn, they will look to four 19-year-old first-round picks to get the franchise moving in the right direction this year.

The leader of that group is Jalen Green, the second overall pick in the draft who spent last season in the NBA G-League. Green is Houston's first first-round pick since the Rockets selected Sam Dekker with the 18th pick in 2015 and their highest pick since they took Yao Ming first overall in 2002.

A bevy of trades in recent years left the Rockets with a stockpile of first-round picks in this year's draft and they also snagged forward Usman Garuba with 23rd pick and shooting guard Josh Christopher at No. 24. They got a fourth teenage first-rounder came when they traded for center Alperen Sengun, who was chosen at No. 16 by the Thunder.

"The thing that stands out to me about this group is that is that they're all looking at this year as an opportunity, as a fun opportunity to let the rookies live out their dreams," general manager Rafael Stone said. "But it's also a chance to really take a step forward in our venture."

They also don't lack confidence, with Green vowing that the team will be much-improved after finishing with the NBA's worst record last season.

"I think we can compete with any team in the NBA," Green said. "We're young, fast and talented." 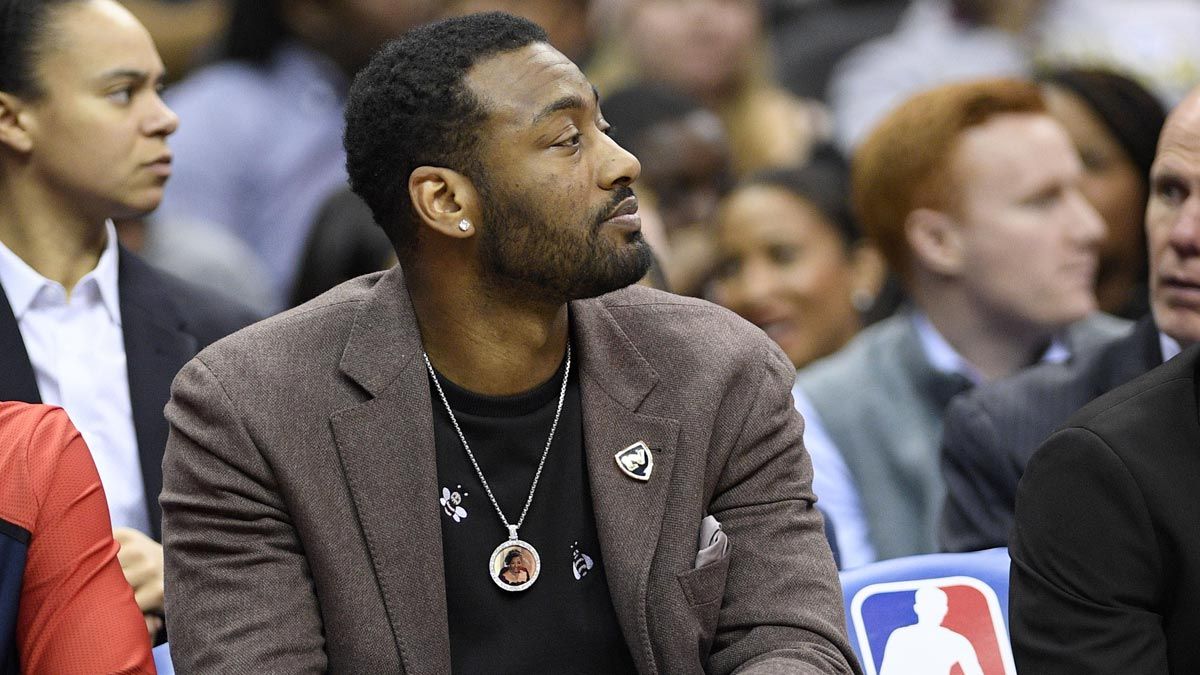 WALL ON THE SHELF

John Wall and the Rockets have decided that he won't play for them this season as they attempt to find a trade destination for the veteran point guard. While Wall won't be on the court, he stressed that he will remain part of the team and wants to help this young team any way he can.

Stone said they aren't looking to buy out Wall's contract but want to find a suitable trade.

"We're looking at what can we find that works for everybody… for the long term," Stone said.

Wall said it will be "very tough" not to play while the Rockets find him a new team but the plan is what's best for him.

Stephen Silas is excited about his second year in Houston after dealing with so much last season, his first as a head coach. While the results were certainly not what he wanted, he believes the experience was valuable.

"Last year was challenging," he said. "It started off one way and then we had a bunch of changes and COVID and injuries and everything. I learned a lot last year. So, there's not a feeling that last year was lost at all because I learned a lot about a bunch of our guys as far as them sticking with it and playing hard at the end and who we can depend on."

At 32, Eric Gordon certainly isn't old, but on this team he's seen as the grandpa of the group. He laughed when asked about that but said as far as he knows the younger guys haven't give him a nickname yet.

Gordon, who is entering his 14th NBA season, is looking to bounce back after being limited to just 27 games last season because of a groin injury. He's not a naturally outspoken leader but knows he will be looked at to set an example.

"I always tell people my role doesn't change, but I do have to speak up more now," he said. "In this league it's all about having a good routine and with a younger team, you've got to focus in a lot more every day."

The Rockets open the season Oct. 20 at Minnesota before returning to Houston for consecutive home games against Oklahoma City and Boston Oct. 22 and Oct. 24.