Jalen Green, two others from Ignite prepare for tough test in NBA

JALEN Green, Jonathan Kuminga and Isaiah Todd all bet that bypassing college basketball to get the jump on an NBA career was the right call.

The three teenagers will soon find out how well their preps-to-pros path – being paid to play on a G League team designed to develop elite prospects – has prepared them for it.

Green and Kuminga were top-10 picks in Thursday night's NBA draft, while Todd was the opening pick of the second round after spending last season with G League Ignite. That gave the developmental team as many selections as any school — and more than bluebloods like Kentucky, Duke, North Carolina and Kansas.

The trio is the first wave of players to come through Ignite, and the latest example of top prospects finding alternate routes to the NBA that don't include a stop on a college campus.

"I feel like the Ignite team was perfect for a guy like me and the guys that chose to go this route," Todd said on Friday (Saturday, Manila time). "We're all bettering ourselves. … We felt like learning from the NBA's backyard directly will put us ahead of the guys that may have been going to college for whatever the route they chose to go."

Ignite's three picks matched Florida State and Texas for the most in the draft, and it joined Gonzaga and Tennessee as the only schools to produce two first-round selections.

The option is truly for a small subset of the most elite prospects because the NBA maintains its age limit on draft-eligible players, sending most to college for at least a year. Green, who landed at No. 2 with the Houston Rockets, felt that one-year stop was worth missing out on college basketball.

"I think the difference with college and the G League is you're a step ahead early," he said. "You learn how to be a pro on and off the court, learn how to handle the business of basketball while still learning the terminologies and the pace of the game. … I feel like you gain more knowledge going there than – no offense – college just because of the setting and the situation and the play style, things like that."

The G League Ignite played its first season last year with a roster blending those young talents with veterans of the NBA or other professional leagues to act as mentors. The G League held its season in February and March in the bubble in Orlando, Florida, amid the pandemic, with the Ignite playing 15 regular-season games and one playoff game.

The league hasn't disclosed how much players are paid, with Ignite spokeswoman Mara Rudolph saying only that it varies. ESPN reported in April 2020 that salaries could reach "$500,000-plus."

Beyond the court, the team also receives life skills training that included sessions with NBA players and their family members, Rudolph said. There were also speakers on a range of topics including financial literacy, media training, sleep therapy and even voter-registration education. 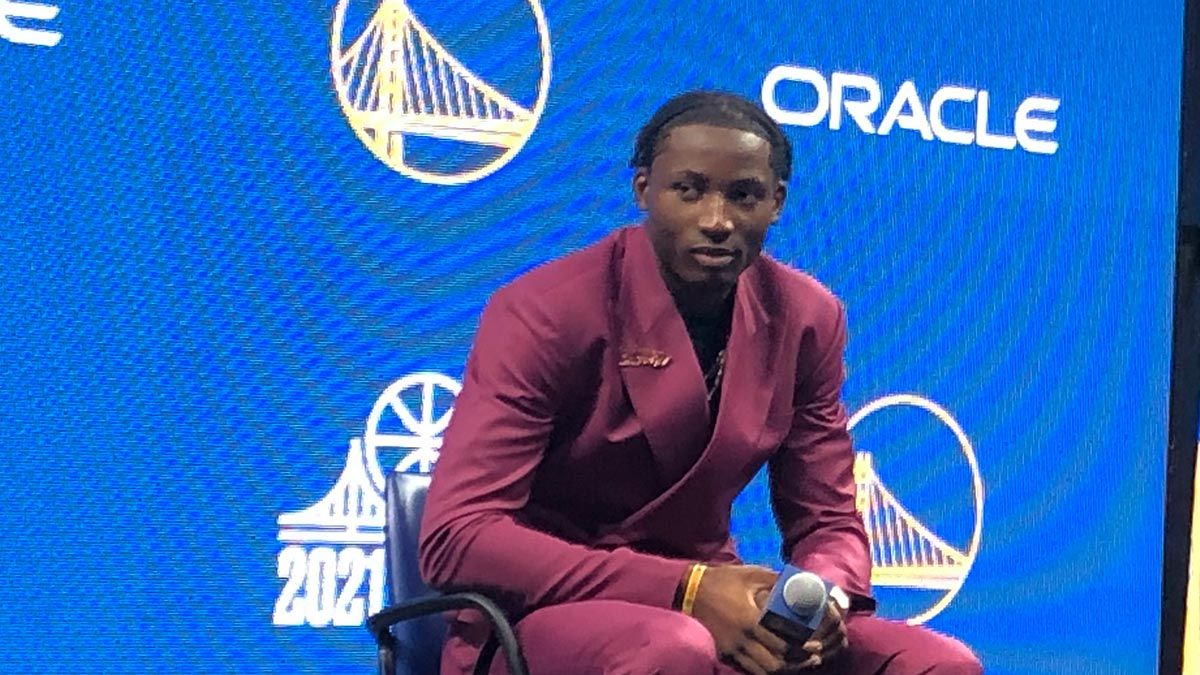 The 19-year-old Green was the first player to sign with Ignite, with the 6-foot-6 scoring guard from Napa, California, listed as 247sports.com's No. 2-ranked recruit in the high school class of 2020.

The 18-year-old Kuminga, a 6-6 forward born in the Democratic Republic of the Congo, was ranked No. 4 and picked at No. 7 by Golden State. Todd, 19, is a 6-10 forward who played prep ball in Raleigh, North Carolina. He was the No. 20 recruit and was picked by Milwaukee with the No. 31 pick before being dealt to Washington.

It wasn't a perfect run for Ignite. Another top preps-to-pros prospect, 6-5 guard Daishen Nix, went undrafted after being ranked as the No. 17 recruit in his class, highlighting the challenge facing even the best of players by passing on the chance to develop as a potential star at the college level against players their own age.

Regardless, Ignite already has four prospects lined up from this year's class, headlined by 247sports' No. 3-ranked prospect in guard Jaden Hardy from Henderson, Nevada.

"When I got to the G League, I feel like it prepared me to pretty much everything, on and off the court," Kuminga said. "I feel like that was a good decision that I made in my life to go out there."