Ja Morant on battle with Stephen Curry: ‘This is my favorite matchup’

MEMPHIS, Tennessee — Stephen Curry had a message for Ja Morant and Jaren Jackson Jr. after the Golden State Warriors took Game One of their Western Conference semifinal against the Memphis Grizzlies.

Prepare to have some fun in this series.

Morant countered in a big way in Game Two. He also made sure to get in Curry's ear after tying the best-of-seven playoff at one apiece.

"I was able to return that message ... saying the same thing," Morant said after equaling his postseason high with 47 points in Memphis' 106-101 win on Tuesday night (Wednesday, Manila time). "I always say, this is my favorite matchup playing against a guy like him, a great talent. Yeah, it's going to be a battle."

Curry and Morant have been dueling going back to last year's play-in game. Morant and Memphis won on Curry's home court to clinch the eighth seed. Starting with that game, only one of seven meetings have been decided by double digits.

And the two-time NBA scoring champion didn't play in that 123-95 rout by Memphis on March 28 to take the season series 3-1.

In this semifinal, Morant has outscored Curry in each game. The NBA's Most Improved Player missed a layup at the end of Game 1 in a 117-116 loss that ate at Morant until he got back on the court Tuesday night.

Morant scored 14 points in the first quarter. But he was at his absolute best in the fourth despite taking a shot to his left eye going for a rebound late in the third period — it even took him a few minutes to see well enough to get back on the floor. 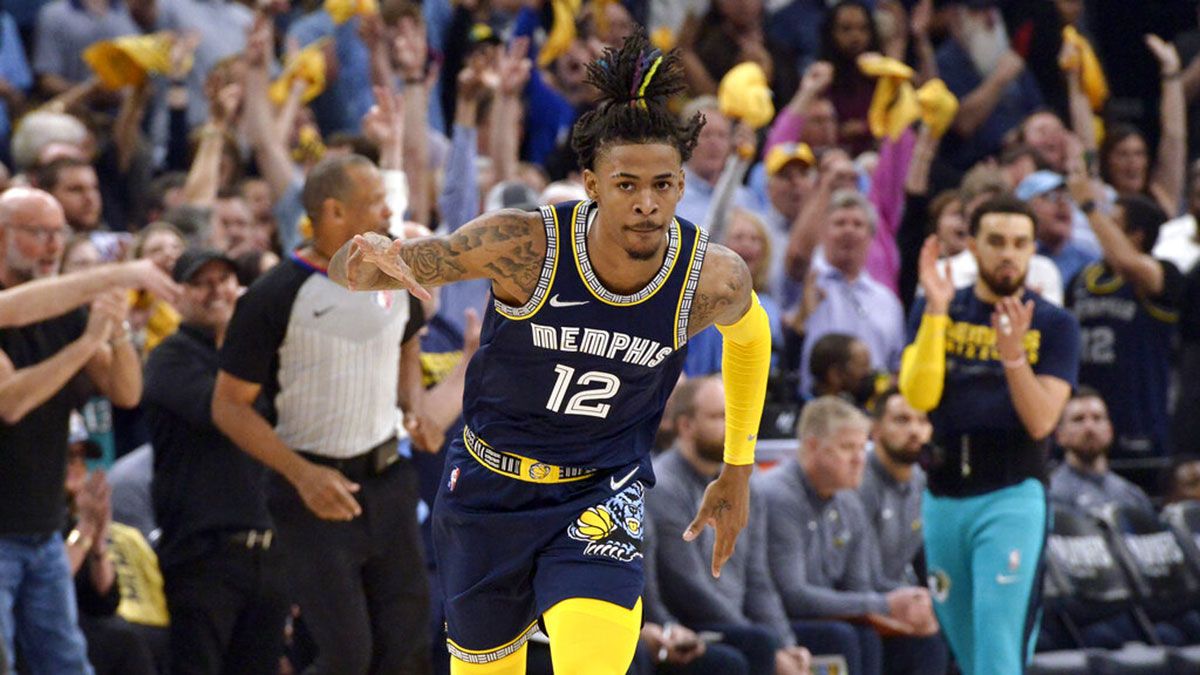 Ja Morant and the Grizzlies try to take a win at Golden State.

The Grizzlies trailed 89-86 when Morant got started. He converted a three-point play after being fouled by Draymond Green to tie it with 6:11 left. Brandon Clarke added two free throws and then Morant took over, scoring the last 15 points for the Grizzlies over the final 4:16.

The dynamic guard shot 6 of 11 in the fourth, including 1 of 3 outside the arc. He also made all five free throws, scoring 18 of Memphis' 29 points. Morant was the only Grizzlies starter on the floor during a personal 15-6 run he reeled off while surrounded by reserves, with Jackson fouled out, Dillon Brooks ejected and Desmond Bane dealing with a sore back.

Xavier Tillman Sr. had one thought about how his teammate finished the game.

"Mama there goes that man," Tillman said. "He's a bucket. Yeah, he's a bucket for sure. Especially in the clutch time, like he knows how to get to where he wants to be. As a defender, I don't know what they think in their head, but it's hard to stop him for sure."

The Warriors lost Gary Payton II to a broken left elbow early in the game. He started to help defend Morant, and Green said they just need to "guard him better."

Golden State also needs to shoot better. The Warriors were 7 of 38 from 3-point range, with Curry and Klay Thompson combining to go 5 for 23. Curry said they'll be ready for the next round of this prize fight after feeling they let one slip away. Game 3 is Saturday night in San Francisco.

"It's going to be a long three days with that feeling, but we understand what we need to do and how we need to play and the things we need to focus on, and commit to that come Saturday," Curry said.