Tyus Jones scored 18, Desmond Bane and Brandon Clarke each had 17 points as Memphis pulled away in the second half.

Memphis finally got a bit of a cushion by outscoring the Spurs 27-18 in the third quarter as San Antonio struggled from 3-point distance and made only one of its 10 long-range attempts. That helped Memphis carry a 90-79 lead into the fourth. Memphis extended the lead to 19 points on the way to its fourth straight victory.

The Spurs, whose last game against Miami was canceled on Wednesday due a lack of available Heat players, weathered a quick start by Memphis before the game settled into a tightly played first half. Shooting was under 48% for both teams, but Morant was 8 of 11 for 20 points. Memphis carried a 63-61 lead into the break. 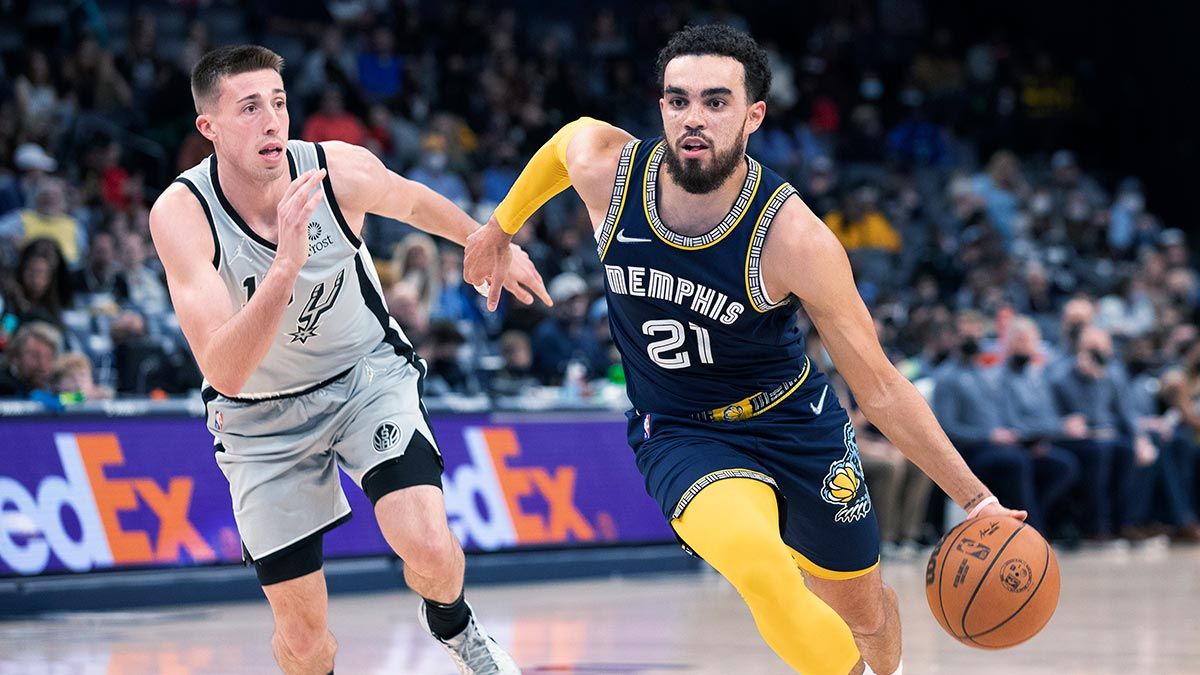 Spurs: Before the game, the Spurs and Las Vegas announced the hiring of San Antonio assistant coach Becky Hammon as the new head coach of the WNBA Aces. … G Derrick White took a blow to the head early in the second quarter, causing a cut over his left eye. He went to the locker room before halftime and returned in the second half. … Veteran F Thaddeus Young played after not appearing in the previous six games.

Grizzlies: Before the game, Memphis had nine players on the injury list, six under health and safety protocols, including starter Dillon Brooks. Of the other three, rookie Santi Aldama, who was sidelined seven games with right calf and right ankle soreness, was available. … The game marked the first time in franchise history that the team has played at home on New Year's Eve. … Jaren Jackson Jr. had a season-high 11 rebounds.

Spurs: At Detroit on Saturday.

Grizzlies: At Brooklyn to face the Nets on Monday.