COLUMN: Isaiah Thomas eager for own resurrection with Pelicans audition

CHICAGO -- The timing was masterful.

In an attempt to rekindle the embers of what once was an All-Star career, former Boston Celtics star Isaiah Thomas will reportedly join the New Orleans Pelicans.

And there's no other better way to do it than on the weekend of a Christian holiday that celebrates the mother of all resurrections, Easter Sunday.

It's sort of an audition, a 10-day contract worth an estimated $110,988, which is a tiny drop in the bucket for someone who had already banked $33.4 million in salaries according to BasketballReference.com.

But this long-desired comeback was never about the money for the 5-foot-9 point guard who has 525 regular season games under his belt and more than proved his worth by averaging 18.1 points and 5 assists per while shooting 36.4 percent from 3.

He just wants to do what hoopers do. Play basketball.

A right hip injury sustained during the 2017 playoffs derailed his rise. Rehab and surgery followed and his career took a nomadic turn as he bounced from Boston to Cleveland to L.A. to Denver to Washington and back to L.A. again where the Clippers waived him last February 9, 2020.

Built like a fire hydrant at a stout and powerful 185 pounds, Thomas resurfaced last February at the FIBA AmeriCup qualifying tournament where he led Team USA to victories over The Bahamas and Mexico and scored a combined 28 points along the way.

"I'm moving like I did before the injury," he told Sports Illustrated. "I didn't lose a step. I am still quick and fast." 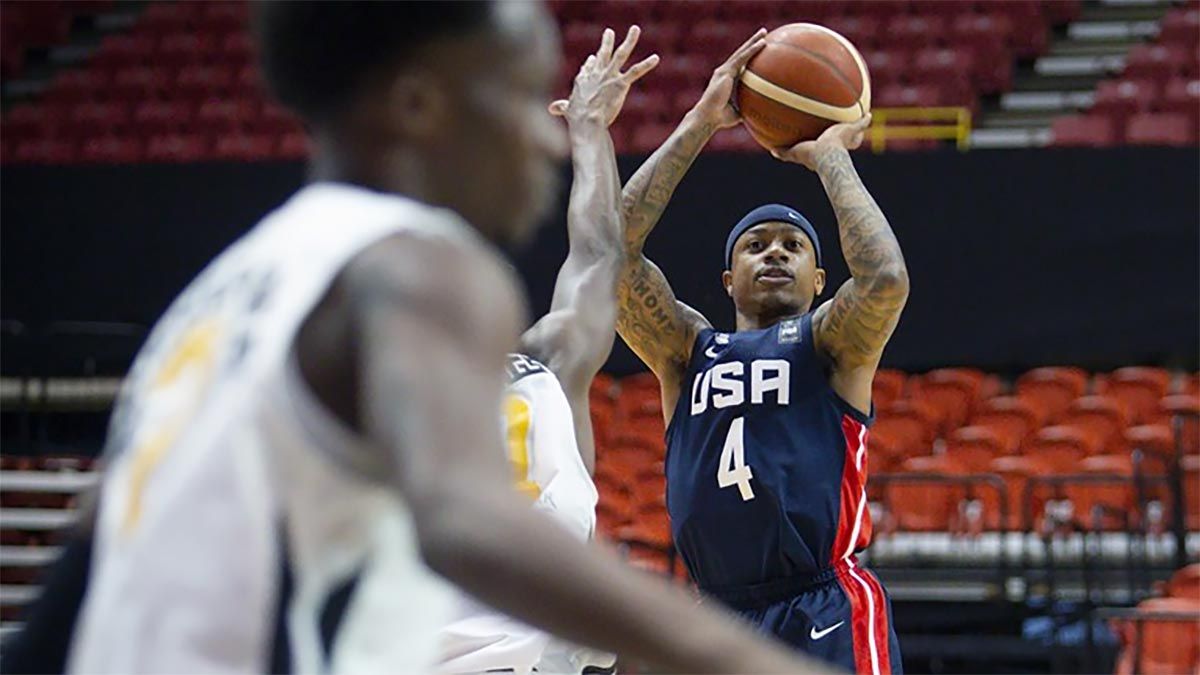 The Pelicans, still in the hunt for a spot in the five-team play-in tournament with a 21-27 record in the Western conference, can use all of the help they can get at this point.

But how much more has Thomas, a nine-year veteran, left in the tank following a long layoff. He last played in the NBA on February 3, 2020 when he was still a Wizard.

How much will the rust and his 32 years factor in this reboot?

Hard to tell until we eyeball him in action.

Either way, this inspirational comeback story is a wonderful tale to tell. Isaiah Thomas is charming, likeable. And so easy to root for.

FRICTION IN LALA LAND. The Lakers insist he is still a "vital piece" in their team. But Marc Gasol, who recently lost his spot in the starting lineup, feels he has been discarded.

Hollywood has a term for this plot.

Much as I sympathize with Gasol, I also understand why the Lakers chose to insert Drummond as a starter. Andre is 27 and a rebounding machine. Marc is 36 and deteriorating.

But Marc is a pro's pro, and hopefully, once he recovers from the initial shock, he will get in with the program.

Currently dealing with injuries to LeBron James, Anthony Davis, and Wesley Matthews, the last thing the Lakers need right now is a distraction and a potential case of infighting.

A LOT LESS BULL. Since acquiring All-Star Nikola Vucevic and Daniel Theiss in the March 25 trading deadline, the Bulls have lost four straight. They also dropped four of their previous five games prior to that.

This doesn't mean the trade won't work long-term. This just shows how difficult it is to develop chemistry when large pieces are incorporated to a team, especially the one such as the Bulls who have so many issues on both ends of the floor.

Despite a lousy 19-26 record, the Bulls are still very much in play for the five-team play-in tournament to qualify for next month's playoffs.

Just shows you how awful the Eastern Conference is.
___