Pacers pounce on Embiid absence again to rally past Sixers

INDIANAPOLIS — T.J. Warren scored 21 points and blocked a late 3-pointer that would have given Philadelphia the lead to help the Indiana Pacers hold on for a 101-95 victory over the 76ers on Monday night (Tuesday, Manila time).

The Pacers have now beaten the 76ers twice in 14 days, this time after charging back from an 11-point deficit midway through the third quarter. Malcolm Brogdon also had 21 points and added seven rebounds and nine assists. 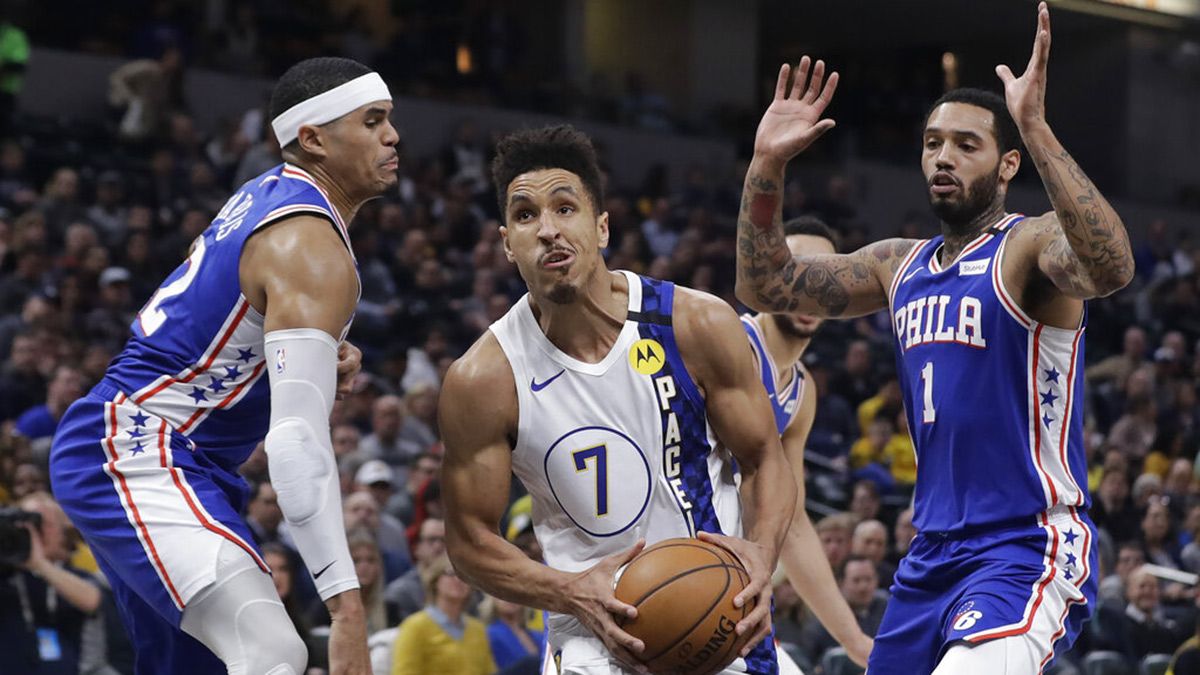 Malcolm Brogdon makes a triumphant return for the Pacers from injury.

Ben Simmons had 24 points and 14 rebounds for the 76ers. Josh Richardson added 23 points, 17 in the fourth quarter as Philadelphia fell to 1-2 since losing Joel Embiid with an injured finger on his left hand.

It was a vastly different game from Indiana's 115-97 rout in December.

For most of the night, everyone but Simmons — who made 9 of 11 shots in the first half — struggled offensively.

When Philadelphia extended the lead to 63-52 midway through the third quarter, the Pacers finally responded.

Turner followed with the go-ahead free throws with 1:14 to play, Warren preserved the lead with the critical block and the Pacers closed it out at the free throw line.

Pacers: Turner had 14 points and 10 rebounds while Justin Holiday added 14 points. ... Warren had his fourth 20-point game of the season. ... Brogdon returned after missing eight of the previous nine games with a sore lower back and strep throat. ... Domantas Sabonis returned after missing one game with a sore left knee. Sabonis had 10 points and 16 rebounds. ... Brogdon and Sabonis were a combined 7 of 27 from the field.

There's no question the 76ers are a different team without Embiid.

So coach Brett Brown is willing to take the challenge head on. Last week, he tried All-Star point guard Simmons in the post. On Monday, he canceled the pregame shootaround so they could contemplate more thoroughly what they needed to do to beat the Pacers on the road.

"We're still figuring some stuff out, like what's life like without Joel," Brown said. "We miss him terribly but when we do absorb him back into the mix, I hope we have some momentum built up."

76ers: Host Brooklyn on Wednesday in the first of two straight home games.

Pacers: Make their annual trip to Minnesota on Wednesday.