Rockets climb out of 20-point hole, hold off Blazers for fourth win in row

The Rockets were down by 20 points in the first quarter before using a big second to take the lead and hold on down the stretch for their fourth straight victory.

A driving layup by Oladipo extended the lead to 101-98 with 26.2 seconds to go and Gary Trent Jr. missed a layup on the other end. Christian Wood made one of two free throws about 10 seconds later, before Anfernee Simons cut the lead to one with a 3-pointer with 3.1 seconds remaining.

Eric Gordon made two free throws with 2.1 seconds to go and Simons missed a shot at the buzzer to give Houston the win.

Wood finished with 22 points and 12 rebounds in his return after missing three games with a sprained right ankle. John Wall had 20. 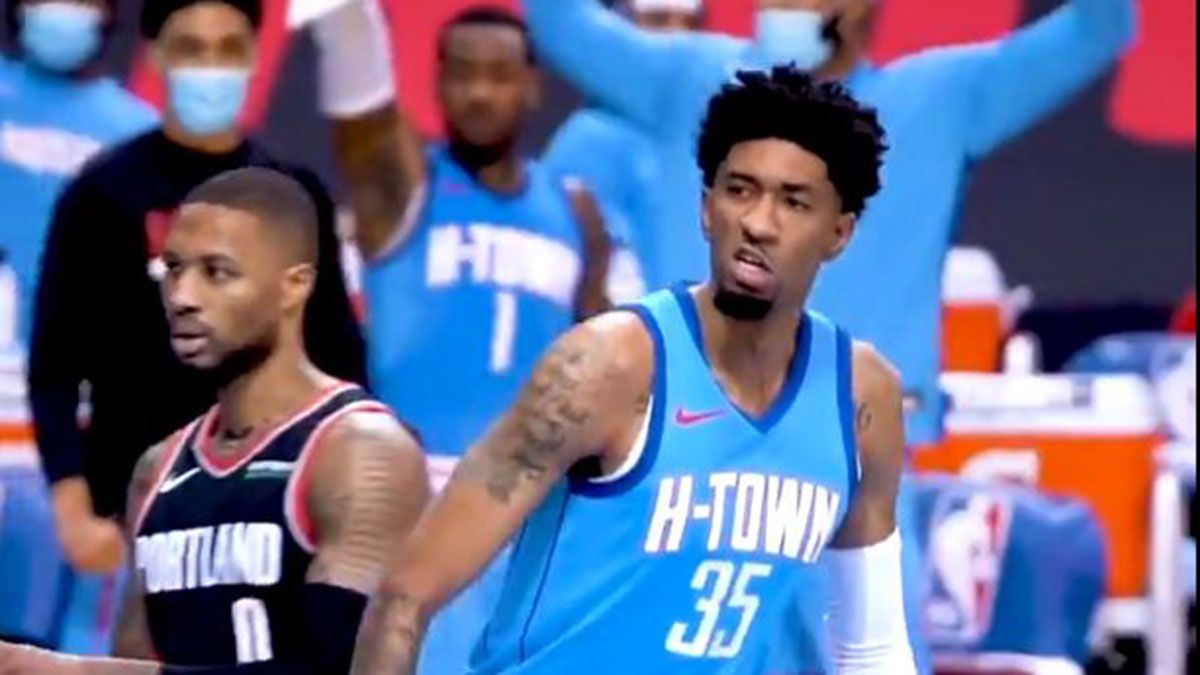 Christian Wood is back in a big way for the Rockets.

Damian Lillard had 30 points and nine assists for Portland, and Trent added 23 points and tied a career high by making seven 3-pointers.

Portland stayed in it late thanks to Trent making four 3-pointers in the fourth quarter.

The Trail Blazers scored the first 11 points of the fourth quarter, capped by three straight 3-pointers by Trent, to go on top 88-86 with 10 minutes remaining.

The Rockets got going after that, scoring the next six points, with a 3 from Oladipo, to make it 92-88.

A 3-pointer by Wall pushed Houston's lead to four with about five minutes left. Trent made a 3-pointer to start a 5-0 run that gave Portland a 96-95 lead a minute later.

The Trail Blazers had a one-point lead before a 4-0 spurt by the Rockets gave Houston a 99-96 lead with less than two minutes to go. Lillard added a basket for Portland before missing a long 3-point attempt a few seconds later.

Trail Blazers: Carmelo Anthony had just six points after scoring a season-high 22 points in the last game. ... Enes Kanter had 13 points and 13 rebounds.

Rockets: Wood had one block to give him 99 in his career. ... Danuel House had 11 points off the bench.