Heat rally from double digits down to beat lowly Pistons

Jimmy Butler and Bam Adebayo each added 15 points and nine rebounds for the Heat, who won for the fifth time in six games. Kyle Lowry had 15 points, eight assists and six rebounds.

Jerami Grant had 21 points and seven rebounds for Detroit (4-13), which went 1-4 on its homestand. The Pistons played without center Isaiah Stewart, who served the first of a two-game suspension for Sunday's altercation with Lakers star LeBron James.

The Pistons led 53-47 at halftime, and Miami couldn't put together a significant run in the third quarter. Hamadou Diallo's layup with 0.2 seconds left in the period gave Detroit a 76-67 advantage going into the fourth.

It didn't help much, as Herro's floater gave the Heat an 80-79 lead with 8:09 left, and Herro hit another 3-pointer on the next possession. After a Pistons miss, Dewayne Dedmon's dunk put Miami ahead 85-79, extending the run to 18-3, and prompted another Detroit timeout. 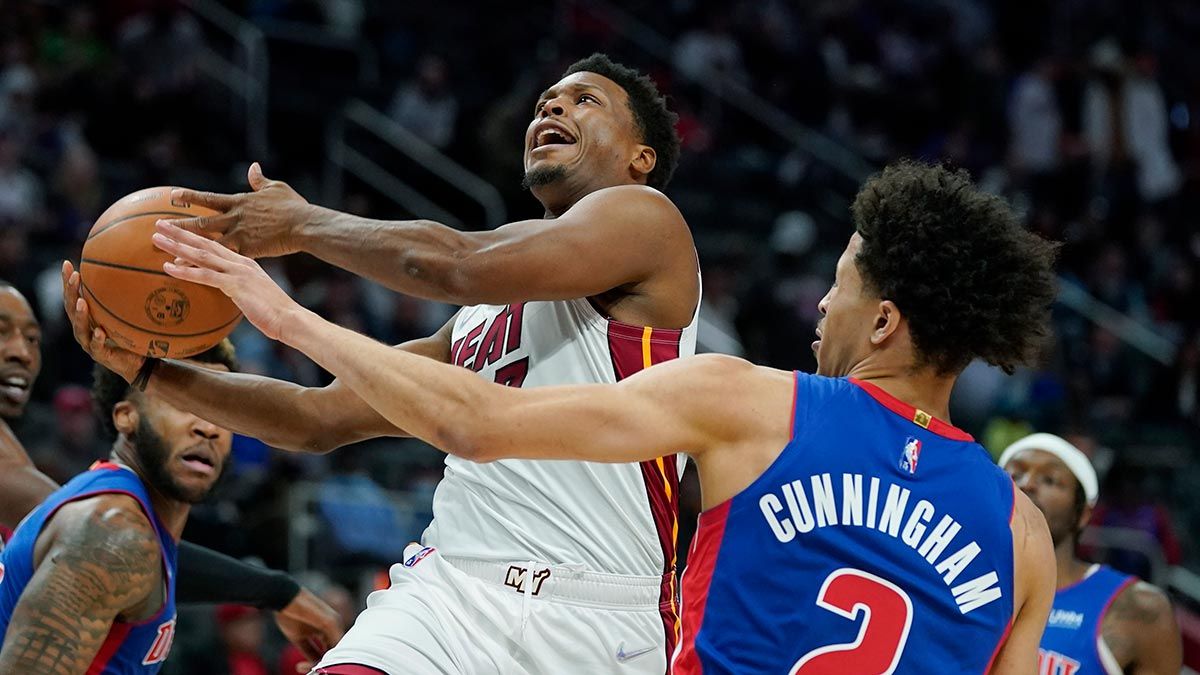 Heat: Visit the Minnesota Timberwolves on Wednesday, the third stop of a four-game road trip.

Pistons: At the Milwaukee Bucks on Wednesday to start a five-game road trip.