Bam Adebayo also had a triple-double with 16 points, 10 assists and 12 rebounds to help Miami to its first win in Sacramento in nearly five years. Tyler Herro scored 27 points and Kelly Olynyk added a season-high 22 points and seven rebounds.

Already the only player in franchise history with triple-doubles in consecutive games after doing it against the Clippers and Warriors, Butler made it three in a row with season-highs in assists and rebounds against the Kings.

One day after blowing a 15-point halftime lead and losing to the Warriors in overtime, the Heat built another early big lead and this time held on against the short-handed and sloppy Kings. 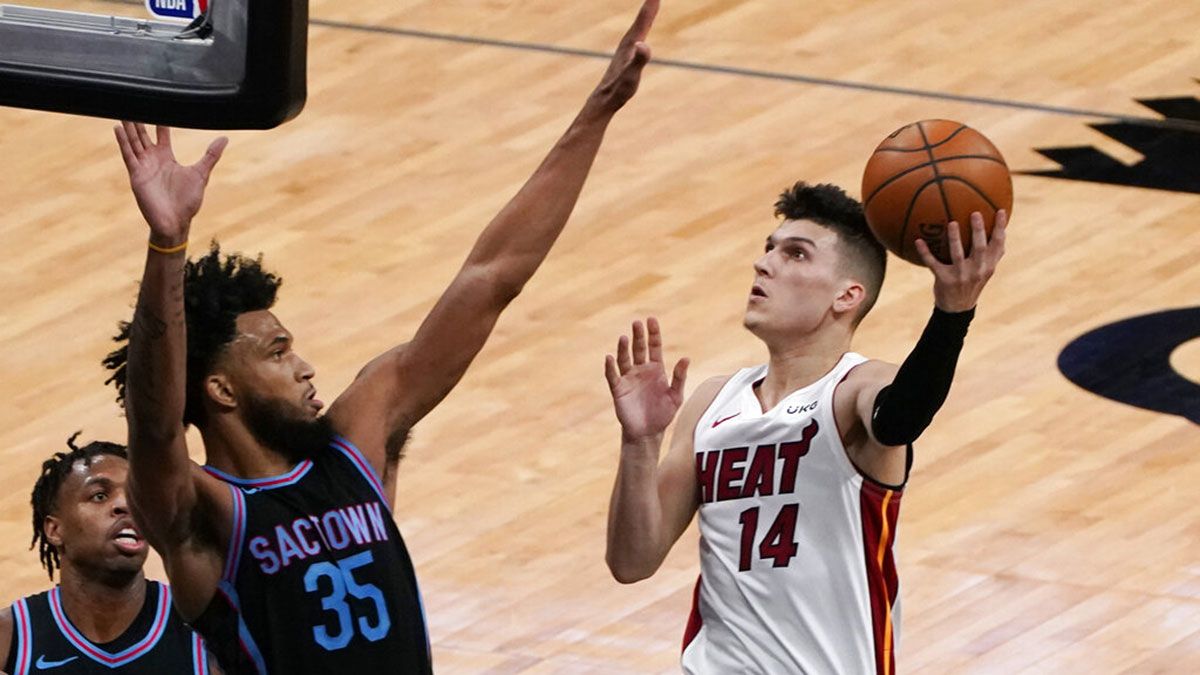 Miami led by 23 points in the third before Sacramento made four consecutive 3s and closed the quarter on a 19-9 run to pull within 89-79.

The Heat pulled away early in the fourth after Herro made a 3-pointer and three-point play on consecutive possessions.

Miami got a big lift in the first half from Herro, who had 14 points in the first quarters after making seven of his first nine shots. Andre Iguodala added a steal in the backcourt and dunk to put the Heat up 57-43.

Heat: Miami's last win in Sacramento was on April 1, 2016. … Duncan Robinson made the first shot in the first, second and fourth quarters.

Kings: Starters Harrison Barnes (left foot strain) and Richaun Holmes (right knee soreness) did not play. . Glenn Robinson III had nine rebounds in the first half, his most in any full game since Nov. 6, 2019. Robinson didn't get another rebound.

Heat: Play the Lakers in Los Angeles on Saturday night.

Kings: Visit the Bulls on Saturday night. Sacramento has won its last three games at the United Center.
___