MIAMI — The Miami Heat announced on Friday (Saturday, Manila time) that center Dewayne Dedmon is expected to miss no more than two weeks with a sprained MCL in his left knee.

Dedmon suffered the injury on Thursday in Miami's win over Detroit. It's another blow, albeit perhaps a short-term one, to Miami's frontcourt depth, now with Dedmon, Bam Adebayo and Markieff Morris — three of the four tallest players on the Heat roster — all sidelined.

Dedmon appeared to injure the knee as he planted for a shot near the rim early in Thursday's game. He tumbled to the floor in pain, writhing for a few moments before limping off. Tests Friday confirmed the initial diagnosis of a sprain.

"I felt like everybody else felt when he went down and slapped his hand on the floor," Heat coach Erik Spoelstra said. "Your heart sinks."

Dedmon has averaged 6.5 points and 6.1 rebounds in 17 minutes per game this season. He and Duncan Robinson are the only players who have appeared in each of the first 33 Heat games this season.

And now, a new lineup is certain starting Sunday against Orlando. Either Dedmon or Adebayo has started at center in each game. But Adebayo hasn't played since Nov. 29 because of a torn ligament in his right thumb and isn't expected back for a few more weeks. 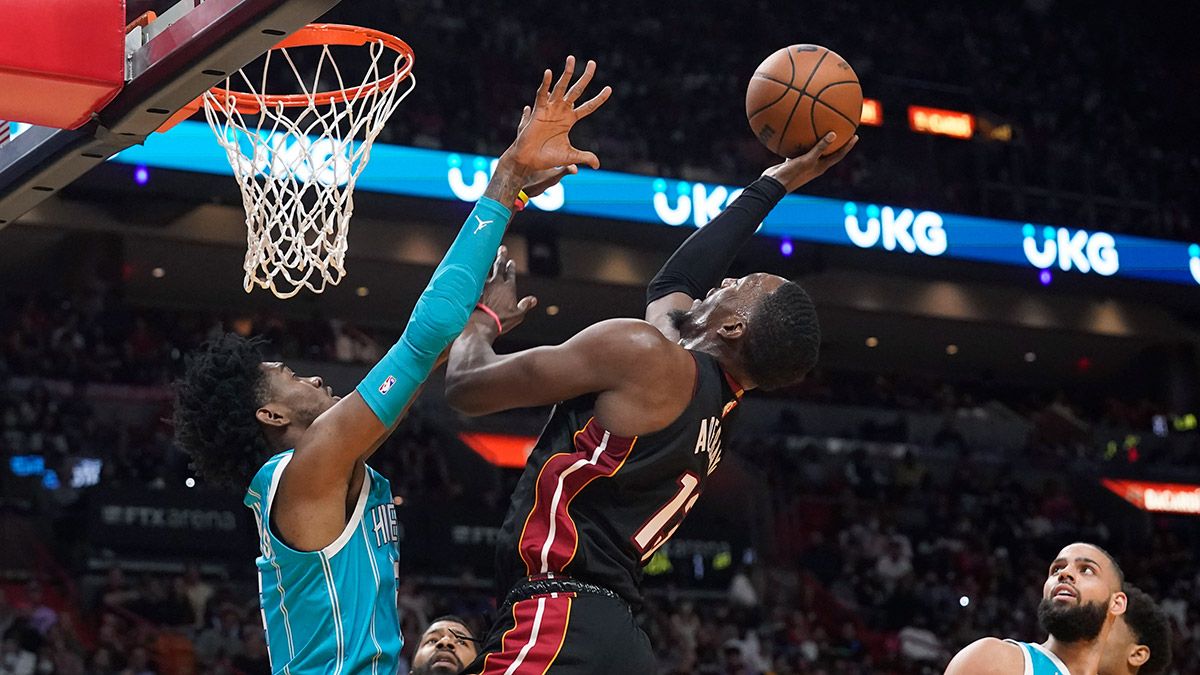 Bam Adebayo is among Miami big men who are sidelined.

Morris hasn't played since Nov. 8, when he was struck in the back by Denver's Nikola Jokic and suffered what the Heat described as whiplash.

The other Heat option at center is Udonis Haslem, the 41-year-old veteran in his 19th season. Haslem scored seven points in about 12 minutes Thursday in Miami's win over the Pistons.

"He looked pretty good to me," Heat guard Tyler Herro said of Haslem. "He looked good. He's obviously been in this for a while. He's at the end of the bench for every game but he's ready to go every single night whether he plays or not."

Haslem — who has prided himself for years on his ability to stay ready to play — has already appeared in seven games this season, two more than he had in the previous two seasons combined.

"I might play 10 games but I don't know what 10 games those are going to be," Haslem said. "I have to prepare myself every night."

The Heat are 20-13, fourth in the Eastern Conference.