Heat close in on conference finals, push Bucks to brink of elimination

LAKE BUENA VISTA, Florida — Jimmy Butler and the Miami Heat are a game away from the Eastern Conference finals.

And the NBA's best regular-season team is on the brink of getting swept.

The Heat outscored Milwaukee 40-13 in the fourth quarter — the biggest such final-quarter margin in NBA playoff history — to take a 3-0 series lead. No team in NBA history has ever successfully rallied from a 3-0 deficit.

Adebayo had 20 points and 16 rebounds, and Jae Crowder had 17 points to help the Heat improve to 7-0 in this postseason. Brook Lopez scored 22 points for Milwaukee, which got 21 points, 16 rebounds and nine assists from Giannis Antetokounmpo — who twisted an ankle in the first quarter and appeared to labor at times.

Butler had 17 of his points in the fourth, and the Heat pulled off their biggest fourth-quarter playoff comeback ever. They were down 10 going into the fourth quarter of Game Six of the 2013 NBA Finals against San Antonio, the game where Ray Allen sent it to overtime with a 3-pointer with 5.2 seconds left on the way to Miami's most recent title. 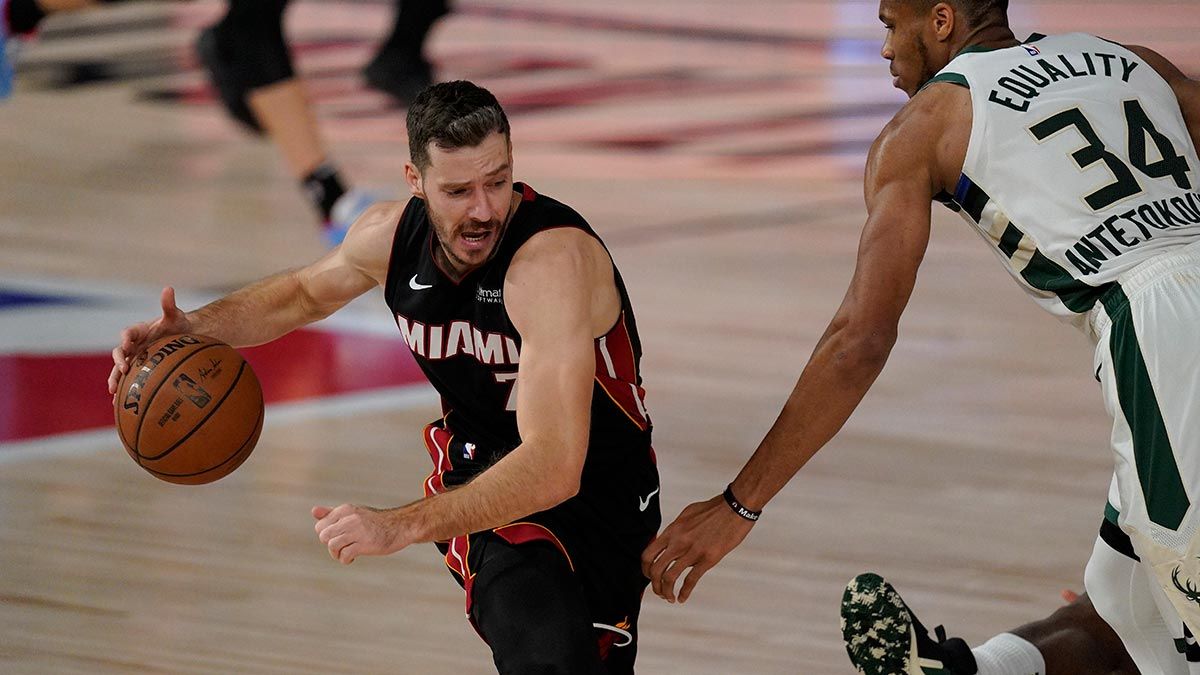 Milwaukee led 87-75 going into the final quarter, up 12 with 12 minutes to go in a game that the Bucks knew they almost certainly had to win to keep any realistic hopes of winning a championship alive.

Miami had other ideas.

Tyler Herro opened the fourth with a 3-pointer, Goran Dragic made another 3 about three minutes later to cut the deficit to four, and the Heat were off and running. Butler had the next nine Miami points as the Heat went back on top, and he set Adebayo up for a short basket with 4:20 remaining to restore a 100-99 lead.

And Butler might have delivered the dagger with a pass; he found Jae Crowder for a left-wing 3-pointer with 2:15 left to put Miami up 107-100.

Butler knew it was good -- he was running the other way, his arm in the air, before Crowder's shot even found the inside of the net. It was part of a 15-1 run that sealed the deal.

Milwaukee needed less than five minutes to go on a 21-6 run that put the Bucks up 87-73 late in the third. Lopez and George Hill combined for the first 11 points of that run.

But the fourth, all Miami. 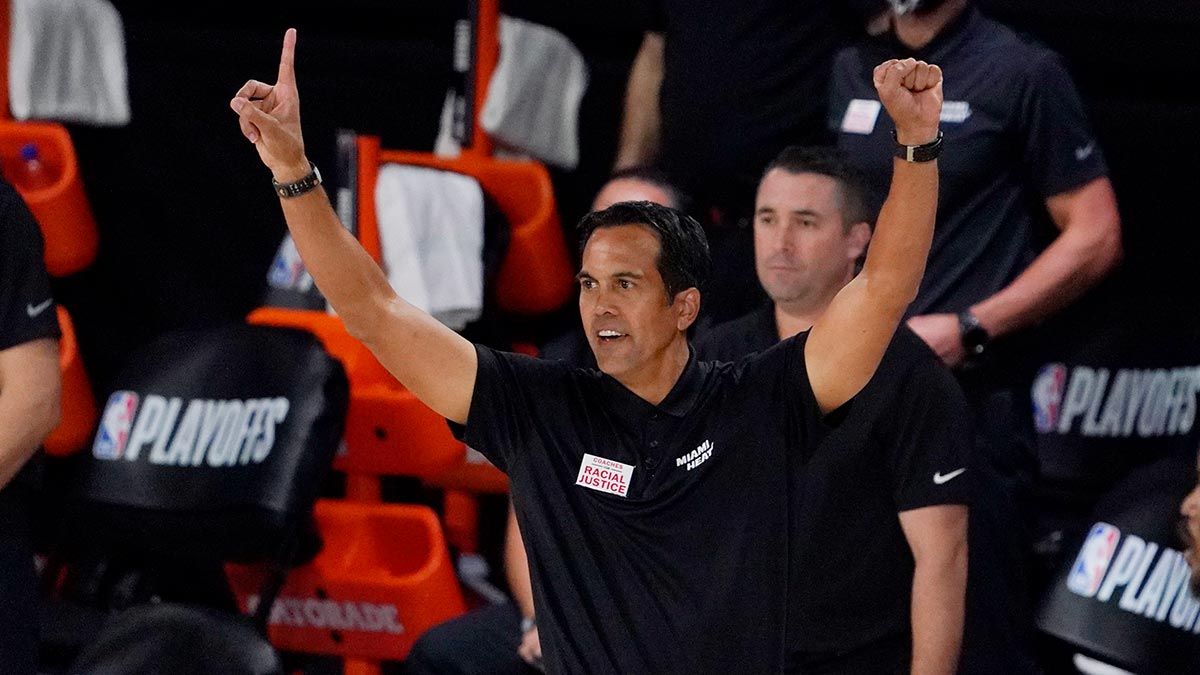 Bucks: Milwaukee fell to 0-7 against Miami in playoff games. ... Antetokounmpo's struggles from the line continued, with him going 3 for 8 in the first half — dropping him to 19 for his last 42 in the playoffs.

Heat: With Kelly Olynyk (bruised knee) out, Meyers Leonard got his first minutes of the playoffs. Leonard started for much of the season before a nasty ankle sprain in early February; Friday marked just his third appearance in the last seven months. ...

A dunk in the fourth quarter gave Antetokounmpo 19 points on the night and 1,000 in his 42-game playoff career. He's the 32nd player to score at least 1,000 points in his first 42 NBA playoff games; Michael Jordan has the most in that span, at 1,495.

Miami's plan of turning its home arena into an early voting location starting next month was denied Friday by elections officials in Miami-Dade County. "(If) forces involved in making this decision think this will quiet our voice on the critical importance of voting, they should know that we will not be deterred," the team said. Many NBA teams are trying to host voting centers this fall, in part because of the agreement struck last week when players elected to continue the season.

Game Four is on Sunday.