by steve reed, ap
5 days ago

Miami's win combined with Boston's 129-119 loss to the Portland Trail Blazers leaves the Heat (35-30) a full game ahead of the Celtics with seven games remaining.

That's significant because the team that finishes in sixth automatically qualifies for the playoffs, while the teams that finish in seventh through 10th place must earn their way into the postseason via the play-in tournament.

Kendrick Nunn added 19 points and Goran Dragic had 18 for the Heat, who've won four of their last five.

P.J. Washington had 21 points on 9-of-13 shooting for the Hornets (31-33), while rookie LaMelo Ball finished with 14 points, six rebounds and five assists in his second game back from a broken wrist.

The Hornets were hoping to pull within 1 1/2 games of the Heat for seventh place in what Miles Bridges had called a statement game, but they never could get on track and failed to match Miami's intensity.

Adebayo dominated the paint early and Dragic sliced up Charlotte's defense with surprising ease as the Heat avoided a series sweep by the Hornets.

Malik Monk averaged 34 points in Charlotte's previous two wins against Miami this season, but he was a nonfactor in his second game back from an ankle injury, limited to 11 points.

The Heat led by as many as 12 in the first half, but Ball cut the lead to seven at the break with a rebound and a full-court baseball pass to a streaking Terry Rozier for the layup to beat the buzzer.

But Butler began to take over in the third quarter, getting past Bridges for a two-handed dunk on a three-point play to give the Heat a 93-78 lead. Dragic added a layup to push Miami's lead to 20 entering the fourth quarter and it clearly deflated the Hornets. Nunn's 3-pointer gave Miami a 25-point lead early in the fourth quarter and a short while later, both coaches began emptying the benches. 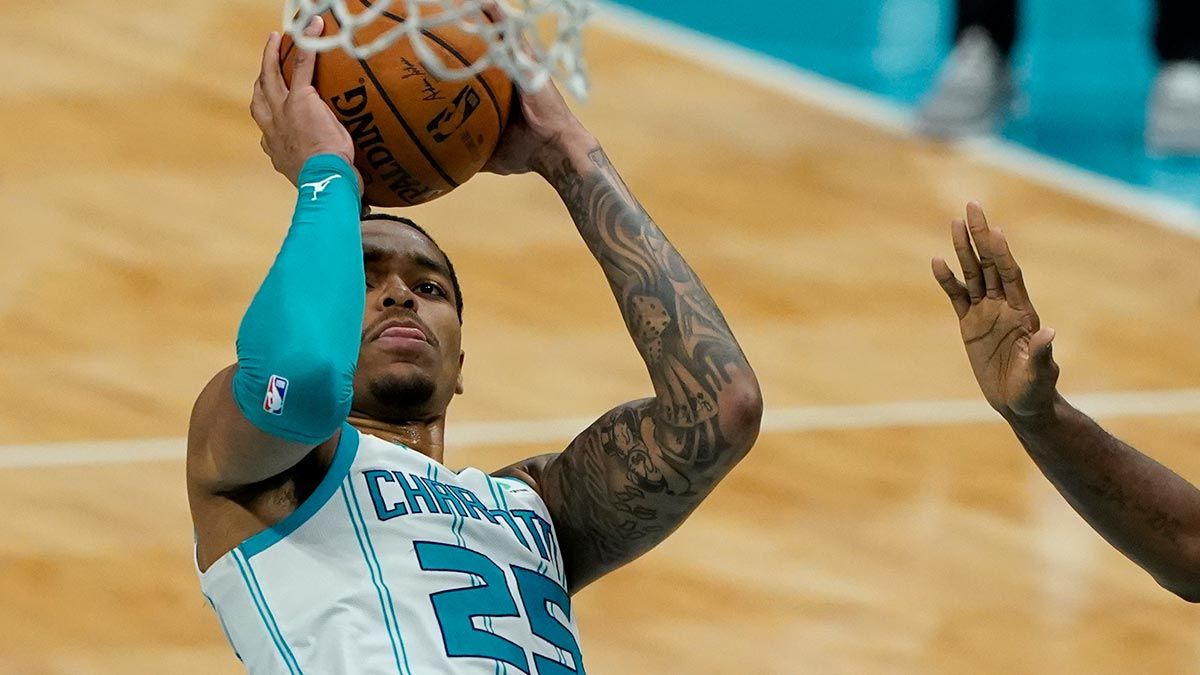 Hornets: Cody Martin, who has been starting for the Hornets, left with a sprained left ankle and did not return. He played just seven minutes and did not score. ... Rozier became the fifth player in franchise history to reach 200 3-pointers in a season.

Hornets: At Pistons on Tuesday night.