PHILADELPHIA — Gordon Hayward made his first nine shots and scored 30 points and the Charlotte Hornets beat the Philadelphia 76ers, 109-98, on Wednesday night (Thursday, Manila time) to snap a 16-game losing streak in the series.

The Hornets hadn't won against the Sixers since Nov. 2, 2016, the longest active losing streak in the NBA.

Hayward came out firing with a 9 of 9 first half — that included four 3-pointers — for 22 points that put the Hornets up 14 at the break. Hayward, who averaged 17 points, became the fourth Hornets player to score 20 points in the first half since the 1996-97 season.

Embiid continued to do Embiid things and wrecked the Hornets with every kind of a shot from a step-back 3 to a down-the-lane dunk that left the backboard shaking.

His recent stretch is one of the best in team history, joining Allen Iverson and Wilt Chamberlain as the only Sixers to score 30-plus points in eight straight games. Embiid made 10 of 17 shots and 10 of 14 free throws against the Hornets.

"It's the skill and the power," Hornets coach James Borrego said before the game. "He knows how to play the game. The way he can impose his size and power on the game and still use skill and finesse at the same time."

Embiid, though, can't carry the Sixers alone and the franchise is still at a stalemate with All-Star guard Ben Simmons. Embiid picked up his fifth foul with 3:45 left in the third and the Hornets ended the quarter up 85-76.

With a losing streak to the Sixers stretching more than five years, the Hornets instead showed why they might be a team on the rise in the Eastern Conference.

Tobias Harris hit a 3 that brought the Sixers within eight only for Rozier to come right back and hit one for the Hornets. Bridges buried Charlotte's ninth 3 to stretch the lead -- and put that losing streak to rest. 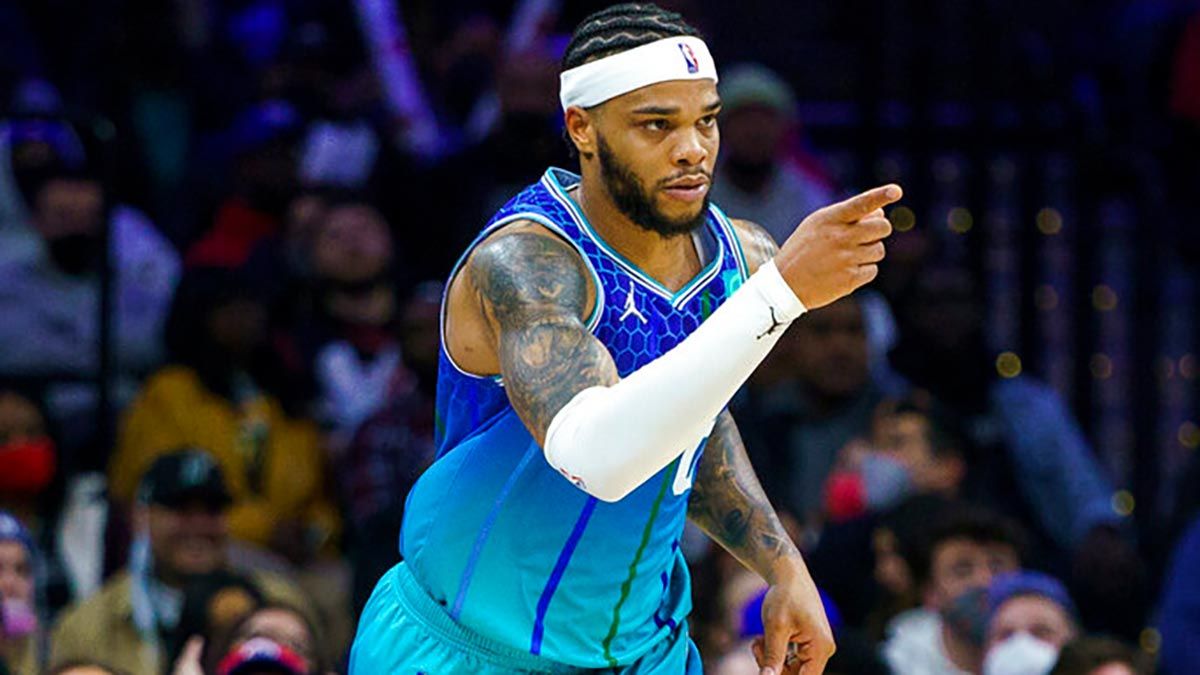 Hornets: Borrego stumped for guard LaMelo Ball to make the All-Star team. "He brings a joy to our gym," he said. "If we were having a film session right here, he's up front, he's talking the most, he's got great spirit about us. You need that spirit to get through 82 games."

76ers: G Danny Green had his right hip examined after a hard fall and returned to the game. ... C Kai Jones entered health and safety protocols.

The Sixers continue to motor along with no change in Simmons' status as he sits out the season following an offseason trade demand. The NBA trade deadline is about a month away (Feb. 10) and rumors continue to swirl around Simmons and the Sixers.

"Hopefully we'll have an answer, sooner or later," Rivers said.

Hornets: Host the Magic on Friday.

76ers: Host the Celtics on Friday.