ATLANTA — Power forward John Collins, a key player in Atlanta's unexpected run to the Eastern Conference finals, has agreed to a five-year, $125 million contract to remain with the Hawks, a person with knowledge of the deal told The Associated Press on Wednesday (Thursday, Manila time).

The person spoke on condition of anonymity because the deal can't become official until Friday. The deal includes a fifth-year option for Collins.

Atlanta's agreement with Collins secures another key player to a long-term deal after point guard Trae Young agreed to a five-year, $207 million rookie extension on Tuesday. The deal with Young begins in 2022.

Collins, a restricted free agent, averaged 17.6 points and 7.4 rebounds in 2020-21, his fourth season. He was the No. 19 overall selection in the 2017 NBA draft and was a key piece in the rebuilding process that took the team to the East finals, where the Hawks lost to the eventual NBA champion Milwaukee Bucks.

The 6-foot-9 Collins has consistently made high percentages of his shots from the field. He shot 55.6% this season, close to his career mark of 56.7%.

Collins' scoring and rebounding averages declined on a deeper, more talented roster this season, but that didn't affect his preference to remain in Atlanta.

"Obviously something I feel like I've voiced my opinion about a lot, saying I want to be here," Collins said after the season. "I've tried to be the best professional I can and let the business side be the business side."

Even before reaching the agreement, Collins already was looking forward to another run at a championship. 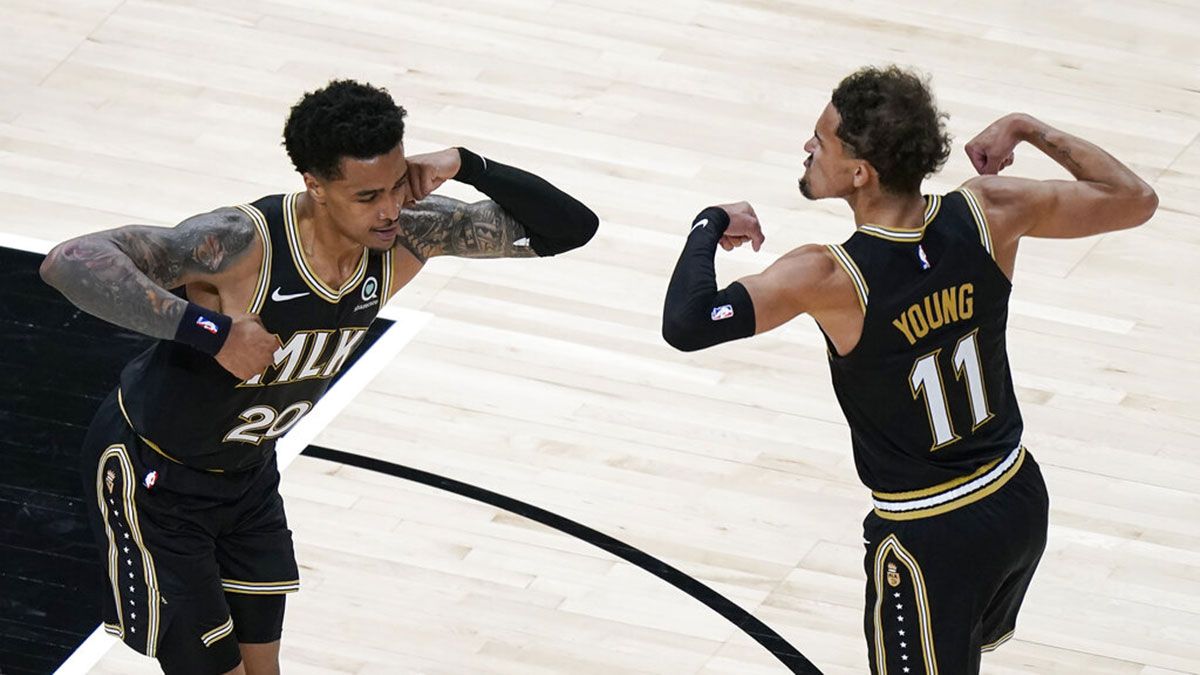 "We definitely put the pressure on ourselves to come back next year and do the same," he said.

The deal with Collins protects the Hawks' frontline depth early next season. Rookie backup forward-center Onyeka Okongwu had surgery on July 21 to repair a torn labrum in his right shoulder and is expected to be fully recovered in about six months.

The Hawks are now assured of having their starters and coach back next season. The deal with Collins comes less than one month after Nate McMillan was named the permanent coach. McMillan led the team to the playoffs as an interim coach.

The Hawks were 14-20 under former coach Lloyd Pierce before finishing 27-11 under McMillan and earning the No. 5 seed in the East.