ATLANTA — The Atlanta Hawks are heading into training camp looking for a bit of a reboot.

McMillan already got the ball rolling after the Hawks were eliminated in the opening round of the playoffs, a bitter comedown from their run to the Eastern Conference final in 2021.

In June, the coach hopped on a flight to visit Young at his Oklahoma City home, wanting to make sure everyone was on the same page when camp began Saturday (Sunday, Manila time).

"One of the big areas that I feel we need to improve on is the connection between the two of us," McMillan said. "I think we need to be better at communicating with each other and what we want to do and how we want to go about doing it."

The coach also wants Young, who turned 24 less than a week ago, to claim more of a leadership role, both on the court and in the locker room.

"He's the face of the franchise and it's something that he has just inherited," McMillan said. "He will have to work at it and become better."

Young brushed off any attempt to suggest a rift between the coach and his biggest star.

"I think you're trying to reach for something that isn't there. The relationship isn't rocky," Young said. "We can all be better in areas. We're all trying to get better. We're not trying to stay the same." 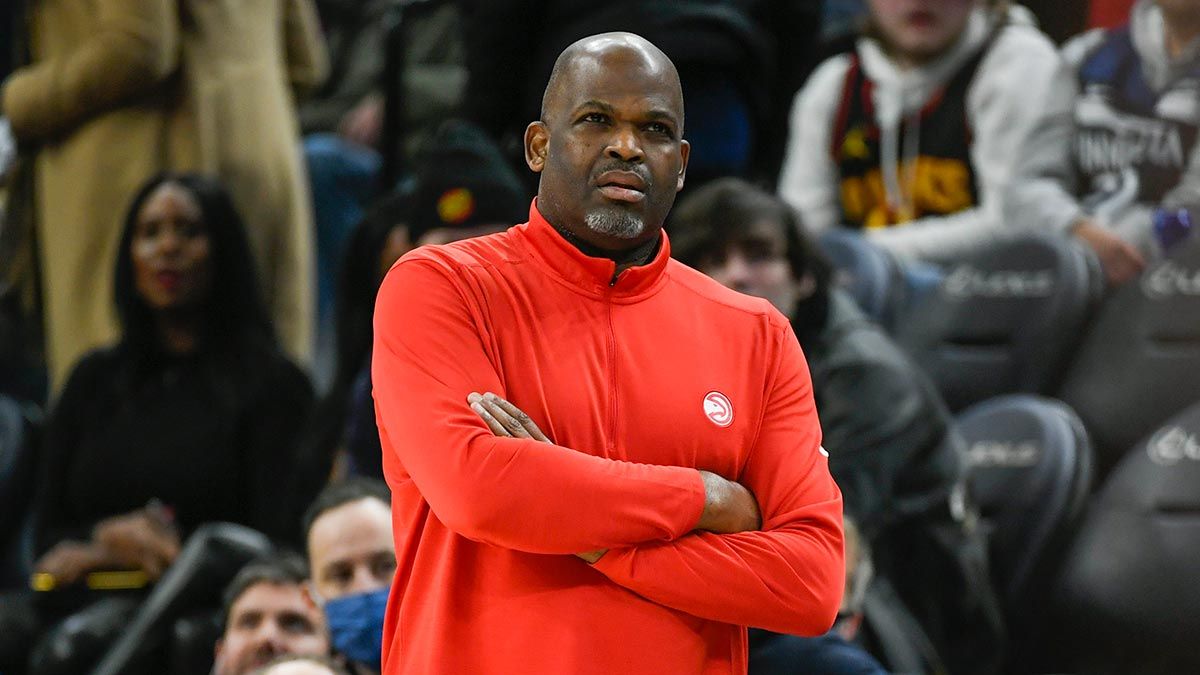 While there was plenty of speculation that the Hawks were headed for a major overhaul after their playoff flop, they decided to keep much of the roster intact.

The big move was a trade that landed All-Star guard Dejounte Murray from the San Antonio Spurs for three first-round draft picks.

Murray provides the Hawks with another ballhandling guard who can play the point, giving Young a chance to work more without the ball.

That is an element that McMillan wants to develop after watching the Miami Heat stifle Young in the playoffs, giving the Hawks few other options to get the offense rolling.

Murray also should help improve an atrocious defense that was perhaps the most significant factor in the team failing to live up to expectations. He led the league in steals a season ago and was a second-team member of the NBA's all-defensive team in 2018.

While everyone was all smiles during a photo shoot and interview session, it will be intriguing to see how Young — only the second player in NBA history to lead the league in both total points and total assists — adapts to Murray assuming some of the playmaking duties.

McMillan said the team was in constant contact with Young as the trade unfolded.

"As I told him, 'We're bringing in another guard, and an All-Star guard. Do you know what that means for you? You'll be playing without the ball more than you probably ever have,'" McMillan recounted. "He was really excited about the opportunity to play off the ball, learn to play off the ball, and play with Murray."

Murray expects it to be a productive relationship, though it may take a while to really click.

"I'm not trying to step on any toes," he said. "They have a great thing going here. Trae earned the rights of who he is with this organization. I'm coming to help."

McMillan wants his entire team to recapture some of the camaraderie that was clearly there during the unexpected playoff run two seasons ago.

To that end, the Hawks are taking an extended trip to Abu Dhabi, where are they scheduled to play a pair of preseason games against the Milwaukee Bucks.

Atlanta will depart next Friday and spend nine days in Middle East before returning to the States for their final two preseason contests.

"It's a great opportunity for our guys to bond. We are looking at trying to put them in position for that to happen," McMillan said "We want our guys to spend that time together."

It should also give Young a chance to begin flexing his leadership qualities.

"I've always been a leader by example," he said. "I'm still learning how to be a leader vocally. It's not that I don't do it; it's just how can I be better at it. I think that's what Nate is talking about."

"Our relationship is great,' Young added. "My teammates love me, I love my teammates. Now we're going to try to win this championship."