Udonis Haslem back at Heat practice after passing of father

MIAMI — Udonis Haslem and Bam Adebayo were yelling at one another during Miami's practice on Sunday (Monday, Manila time), which was a critical step for the Heat.

It meant things were normal again. Their captain is back.

Haslem — the NBA's oldest active player at 41 — returned to practice Sunday, joining his team for the first time since training camp began almost two weeks ago. He had been away while grieving the death of his father, and the absences were with the full understanding of the Heat.

"Probably the toughest time I've ever had to encounter. The biggest challenge that I've ever faced," Haslem said. "I have no problem saying that my father is and always will be my best friend. So after losing my mother 12 years ago, I just thought I had my father forever. Everything you see on the basketball court — all the catchphrases, the fire, the passion, the ability to get people to follow you and believe in themselves — that's all my dad, man. That's who he is. That's who he was."

Haslem's playing role barely exists anymore; he appeared in one game last season, finding a way to get ejected in just over two minutes of work. The Heat still want him on the roster for what he provides in terms of leadership on the practice court and in the locker room. His current contract — one year, $2.8 million — is his 10th with the Heat in a 19-year career, and there are some in the organization who want him to return for a 20th season as well. 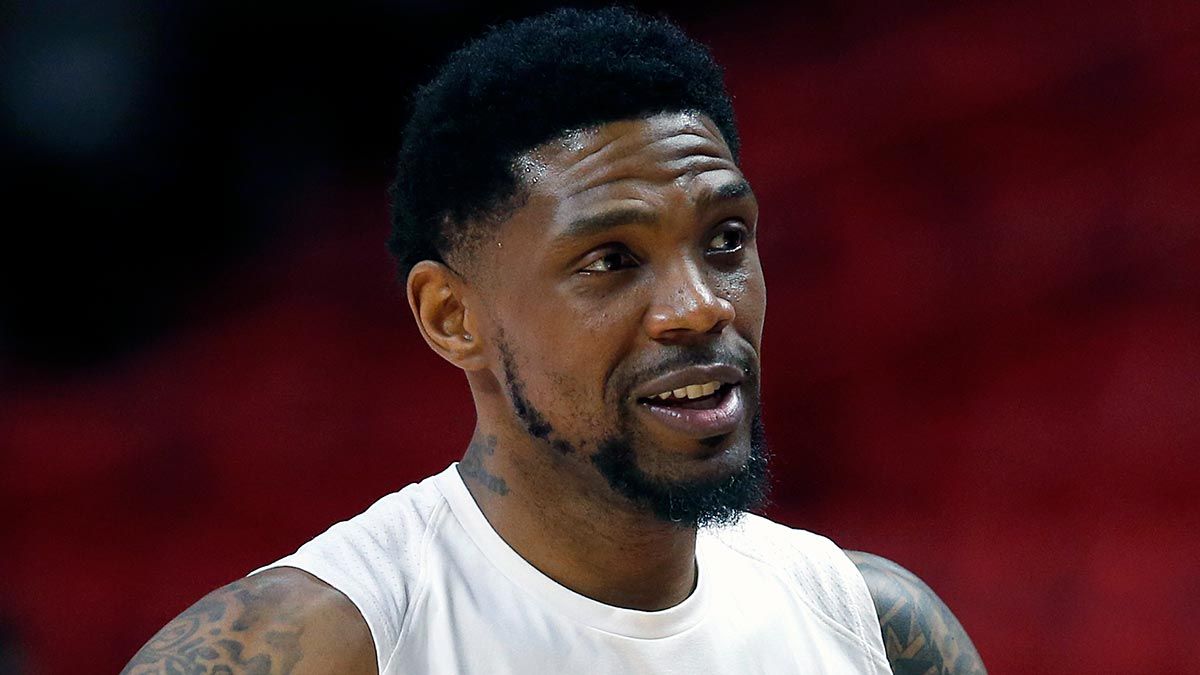 Haslem asked teammates not to attend his father's funeral last month, not wanting to interrupt their preparation for camp. Several members of the Heat organization went anyway, including coach Erik Spoelstra, who was the primary communicator with Haslem during his absence. There were other tributes and reminders to Haslem that he was always in the team's thoughts, such as Adebayo scrapping his No. 13 jersey to wear Haslem's No. 40 in practice.

"We wanted to give him his space and respect, so the communication was going mostly through me and UD so he wasn't receiving 100-plus text messages a day," Spoelstra said. "And we're thrilled to have him back with us. It's great for us and good for him. Our gym felt great with his presence, his spirit, his voice."

Haslem's father, Johnnie Haslem, died Aug. 30 at age 70. The elder Haslem was a high school basketball standout at Miami Northwestern, went on to lead Stetson in scoring and rebounding as a senior there in 1973-74 and played at the semi-pro level after college. His son said he models his own game entirely based on the way his father played, even wearing No. 40 because his dad did.

"It's going to be hard moving forward without him, but I'm prepared," Haslem said. "My parents raised me and I've been through enough where I know I can weather any storm I'm in."

Haslem said he never considered not coming back to the Heat after his father's passing. He just needed time.

"I had to get back to a point where I could help these guys, still be a leader, still be this captain and still be the guy they expect me to be," Haslem said. "That was the journey. It wasn't easy and I'm still working on it. But today was a good day."