Memphis has begun its longest road trip in two decades by winning on back-to-back nights. The Grizzlies started their seven-game road swing on Friday with a 126-115 victory at Chicago.

This will mark the first time the Grizzlies have played as many as seven straight road games since the franchise moved to Memphis for the 2001-02 season. The Vancouver Grizzlies had an eight-game trip in March 2001.

Memphis took the lead for good Saturday with 5:02 left in the first quarter during a 10-0 run that included six points from Desmond Bane. The Grizzlies snapped the Bucks' three-game winning streak by shooting 54.8 percent (51 of 93) from the floor.

Dillon Brooks had 21 points for Memphis. The Grizzlies also got 17 from Jonas Valanciunas, 16 from Bane, 15 from Xavier Tillman and 13 from Ja Morant. Kyle Anderson had eight points, eight rebounds and eight assists.

Giannis Antetokounmpo had 28 points, 11 rebounds and eight assists for Milwaukee.

The Grizzlies had a 69-59 advantage at the break, and their 69 first-half points were just two shy of their highest-scoring total for any half this season.

Memphis led by as many as 17 in the third quarter.

Milwaukee rallied early in the fourth and cut Memphis' lead to 100-93 when Antetokounmpo made the first of two free-throw attempts with 10:53 remaining. But Antetokounmpo missed his second free throw, and the Grizzlies scored eight of the next nine points to get the lead back to 14.

The Grizzlies stayed ahead by at least nine the rest of the way.

Bryn Forbes had 19 points for the Bucks. Brook Lopez and Jrue Holiday added 17 apiece. Khris Middleton had 16 points and 10 assists. 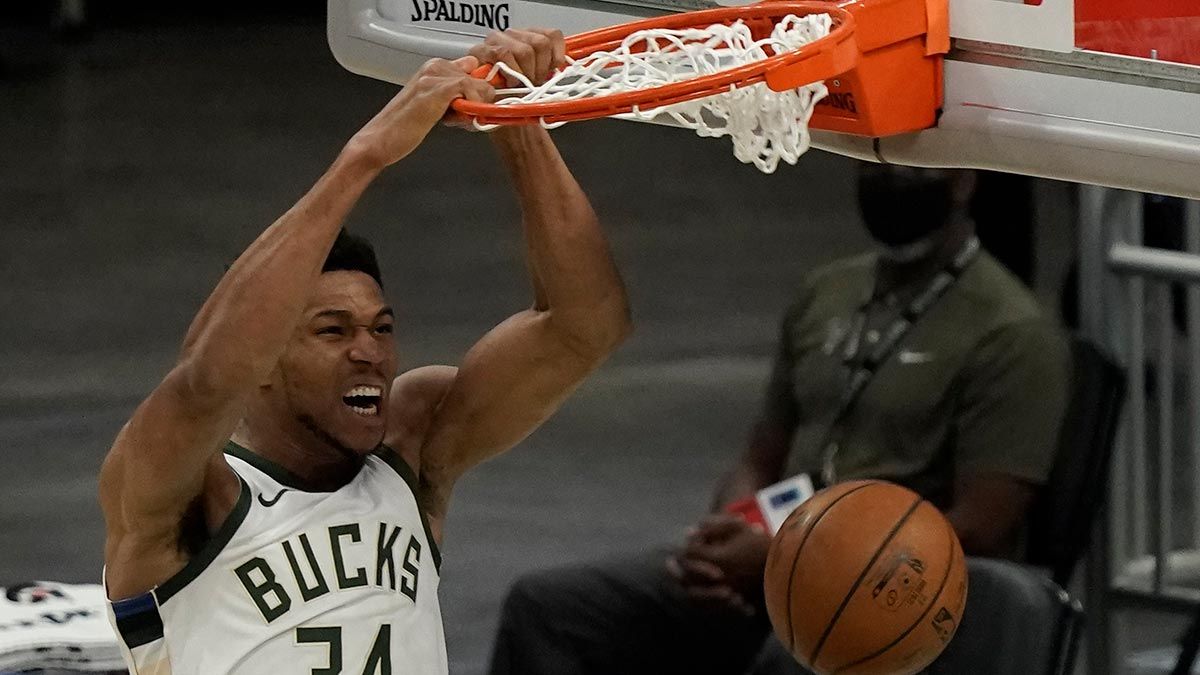 Grizzlies: This marked the Grizzlies' first appearance in Milwaukee since Nov. 14, 2018. The Grizzlies beat Milwaukee 116-113 that night to become the first team to defeat the Bucks in Fiserv Forum. ... Brandon Clarke missed a second straight game with a sore right hip. The Grizzlies also were missing De'Anthony Melton (sore left leg) and Justise Winslow (sore right thigh). Winslow last played on March 27 and Melton last played on April 4. ... Killian Tillie went to the locker room early in the second quarter with a cut to his mouth but eventually returned to the game.

Bucks: Donte DiVincenzo missed a second straight game due to a sprained right toe. Bryn Forbes replaced him in the starting lineup. ... The Bucks were at home for just the second time in the last 11 games. They went 3-3 on a six-game trip, returned home to lose to Charlotte on April 9 and then won three straight on the road.

Grizzlies: At Denver on Monday in their third game of their trip. The Grizzlies lost 103-102 at home to the Nuggets on March 12.

Bucks: Host Phoenix on Monday. The Bucks lost 125-124 in Phoenix on Feb. 10 as Antetokounmpo scored 47 points but missed a 20-footer at the buzzer.