THE job of stopping the world’s best offensive player is no easy task.

That is reason enough to make Golden State Warriors’ Draymond Green the NBA’s Defensive Player of the Year in the eyes of some of the PBA’s premier defense specialists.

From Marc Pingris to the San Miguel trio of June Mar Fajardo, Arwind Santos, and Chris Ross, the PBA stars had the undersized 6-foot-7 center out of Michigan State as their consensus choice as the best defensive player in the NBA season about to be end.

The four listed Green, a two-time NBA All-Defensive First Team selection, on top of their ballots, ahead of the two other candidates in San Antonio’s Kawhi Leonard and Rudy Gobert of the Utah Jazz.

Leonard has won the Defensive Player of the Year award the past two seasons. The next awardee will be announced on June 26.

The 35-year-old power forward said he favored Golden State’s eccentric big man over Leonard simply because he doesn’t back down against the league’s top superstars, including the Cleveland Cavaliers’ James – arguably the best player in the world today – whatever positions they may play.

Santos also has the same thinking as Pingris, stressing Green has haunted many great players in the league on the defensive end, James included.

Fajardo, for his part, said all three candidates are deserving of the award, but forced to pick only one, the league’s three-time MVP gave Green the thumbs up.

He pointed out how Green’s body of defensive work stands out in a Warriors’ team known for its high-octane offense.

That Golden State is back in the finals for the third straight season also gave him the edge over Leonard and Gobert, according to Fajardo.

A confessed Spurs fan, Ross would have loved Leonard to win a third straight Defensive of the Player title. But he admitted it would be a disservice to Green if he would be denied of the award.

“Despite Kawhi being my guy, I won’t expect Kawhi,” said last year’s Defensive Player of the Year awardee.

“He can be undersized, but he protects the rim and he guards other guys bigger than him. So I think it’s Draymond,” added the San Miguel guard, a two-time Finals MVP of the PBA Press Corps. 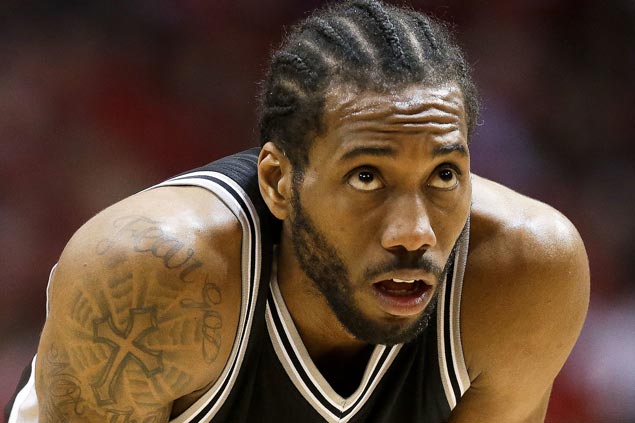 Pingris, a three-time winner of the Defensive Player of the Year award, even crossed the line and disclosed Green reminds him of one local player who became a brother-in-armsduring his stint with Gilas Pilipinas.

Not Marc Pingris?, he was asked.