"This is the way we have to play," Grant said. "We have a lot of length in our lineup, and we need to be active defensively, get stops and get out to run."

"Cade is getting better each and every day, and he's already becoming a leader," Joseph said. "When he's at the point, it is like we have another coach on the floor."

"This is a tough loss, because (the Pistons) really dominated the play," Pacers coach Rick Carlisle said. "They were clearly the aggressors from the start, and we didn't raise our game to match it. That's a recipe for losing in the NBA."

Both teams shot below 43 percent from the floor and under 30% on 3-pointers.

The score was tied going into the fourth quarter, but Indiana got to the basket on its first three possessions to go ahead 79-73. The Pacers, though, couldn't hit enough jumpers to take control of the game, and then Sabonis missed three straight free throws.

Detroit went ahead 85-82 on Joseph's 3-pointer with 5:46 left, and Cunningham followed with a layup in traffic. 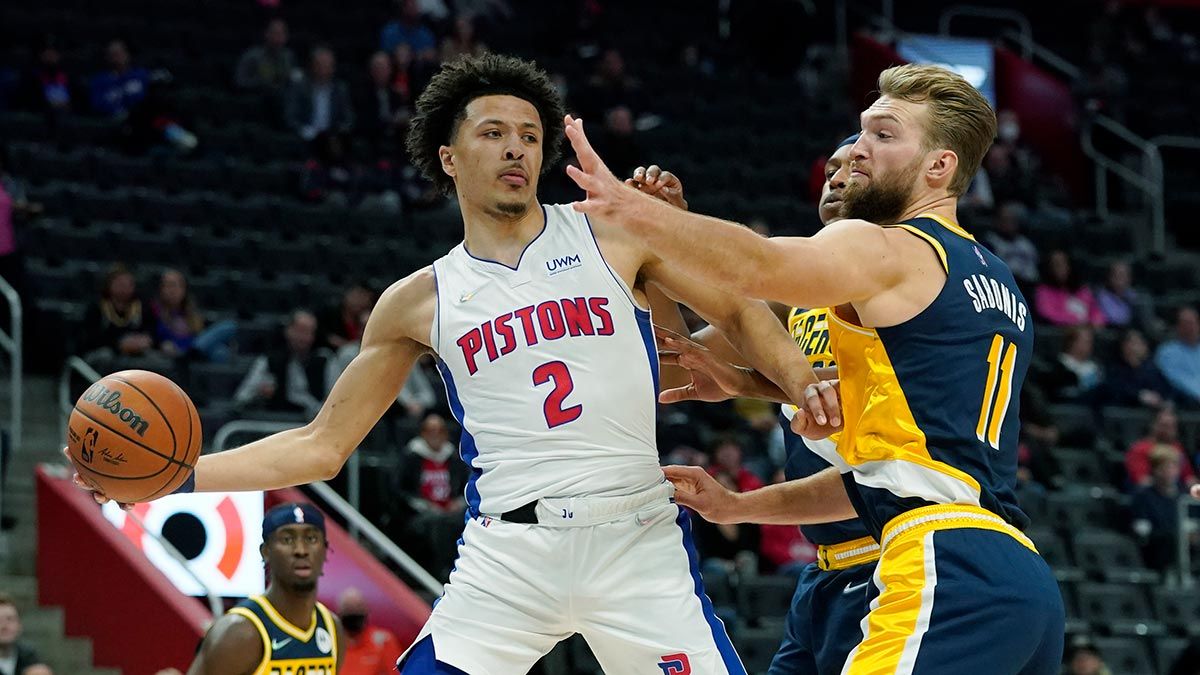 Cade Cunningham shoots 6 for 18 in 34 minutes of action.

"We're such a young team that it isn't easy to play hard and play smart in the same game," Joseph said. "We played hard all night, but there were a few times we didn't make good plays. We knew we had to stay focused in the fourth quarter — that's how we won the game."

"The turnovers obviously killed us," Brogdpn said. "That's on me and it has to get better."

Joseph had 10 points in 13 minutes with the second unit, while Brogdon had 14 of the 27 points scored by the Indiana starters.

Detroit quickly increased the lead to 11 in the third quarter, but LeVert and Sabonis combined for 18 points in seven minutes as Indiana tied the game at 59.

"We had a very good third quarter and then we did some great things to build the six-point lead," Carlisle said. "But then we gave up some easy dribble penetration, had some bad offensive possessions, and the game got away from us."

Pistons: Bey hit his 200th career 3-pointer in his 84th game, matching the third-fewest games for any NBA player. Duncan Robinson did it in 69 games, Anthony Edwards took 82 games and Donovan Mitchell also did it in 84.