LAKE BUENA VISTA, Florida — Gordon Hayward showed early just how aggressive he would be as he drove the lane. He provided another reminder late of how dangerous he can be with the ball in his hands.

The Celtics hadn’t scored in overtime until Hayward went to the line after being fouled by Nikola Vučević. His free throws put Boston up 115-114 as the Celtics scored 10 of the first 15 points in overtime.

“When he’s attacking, we’re better because he just makes a lot of great reads with the ball,” Celtics coach Brad Stevens said.

Hayward finished with 31 points. He also had nine rebounds and five assists, and he was 12-of-18 shooting trying only five 3-pointers. Hayward said he tried to attack a little more in this game.

“I think that our team is at our best when I’m aggressive and attacking,” Hayward said. “It opens the court for everyone else. A lot of times when I’m attacking it doesn’t necessarily end up in me scoring, but it can be a pass or an extra or something else.”

Jayson Tatum scored 29, including the tying basket with 4.2 seconds left in regulation. Jaylen Brown had 19 points and 12 rebounds, and Brad Wanamaker had 10 points.

Boston came in locked into the No. 3 seed in the East after Toronto’s win over Memphis earlier Sunday. The Celtics now are 4-2 inside the bubble.

The Magic also already had a playoff berth clinched despite losing three straight. Even short-handed with Aaron Gordon missing his second straight with a strained left hamstring and Evan Fournier out with an illness, Orlando coach Steve Clifford wasn’t happy. 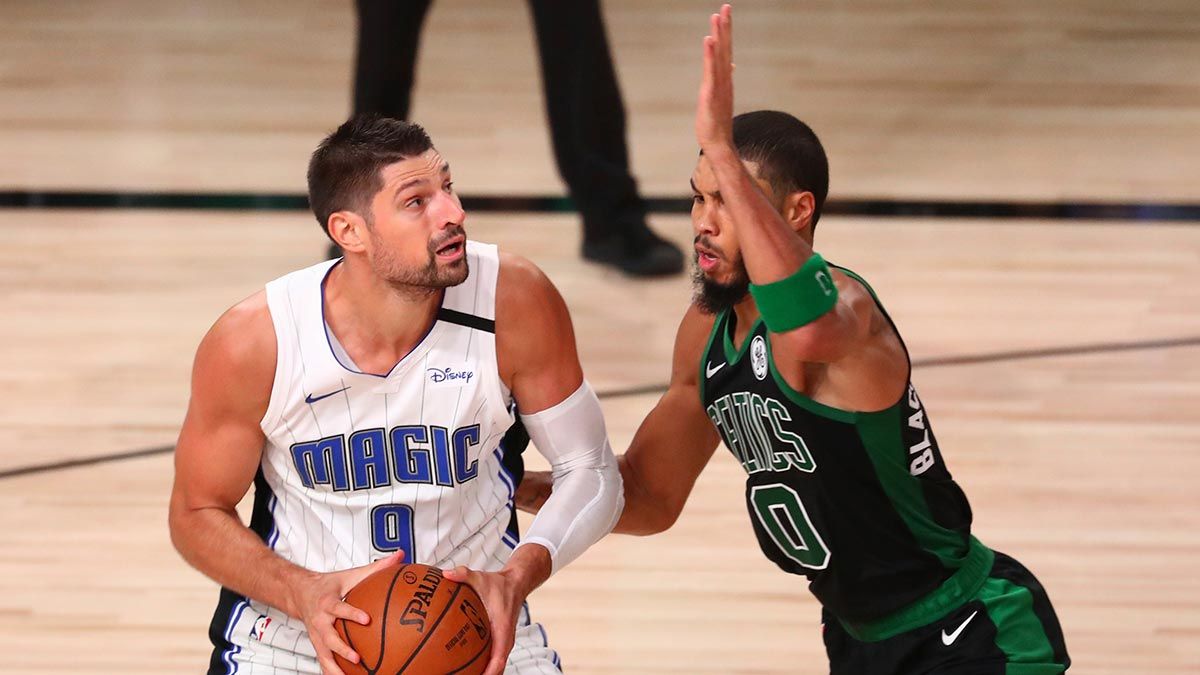 “I just told them in the locker room that it wasn’t the effort I was looking for,” Clifford said. “We made a bunch of shots, but it’s got to be better than that.”

The Magic led by as much as five twice in the final 5:14 of regulation, the last on a 10-footer by Vučević with 48 seconds left. Tatum hit a 3-pointer, Daniel Theis blocked a shot by Augustin, then Tatum scored again to tie it at 112.

Tatum blocked a 3 by Ross with 2.1 seconds left, and Hayward missed a long heave that bounced off the backboard to send the game into overtime. 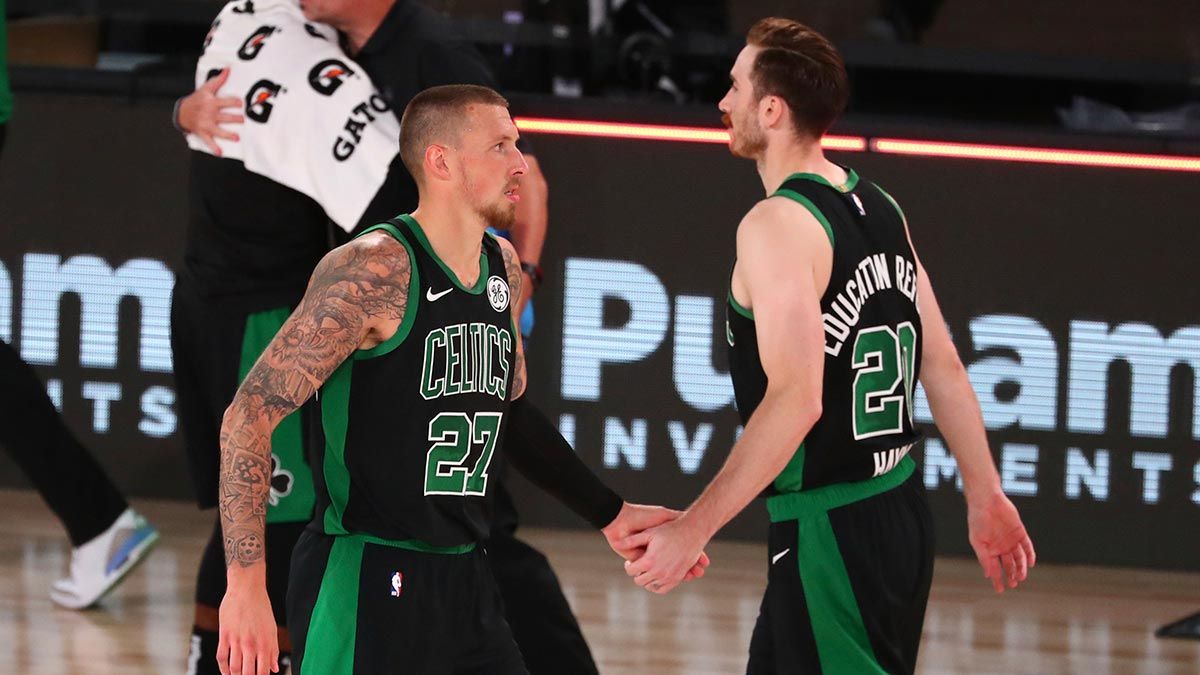 Magic: Already without Jonathan Isaac who tore his left ACL a week ago, they were without a pair of starters with Gordon and Fourneir out. G Michael Carter-Williams also missed his third game with an injured left foot. ... The Magic went 0-3 against Boston this season.

Celtics: This was Hayward’s second game this season scoring at least 30 points. He had 39 on Nov. 5 at Cleveland. ... G Kemba Walker had his minutes restriction eased a bit. It didn’t help his shooting as he missed all five shots in the first half and had one point. He finished with four points on 1-of-9 shooting. He did play 31 minutes. ... The Celtics now are 2-3 in overtime games this season.

The Magic had one final chance to force another overtime, but Vučević’s shot within the final second missed. Vučević said it was tough not being able to advance the ball, and he credited the Celtics with switching.

“It was a tough shot. I had to fade a little bit to shoot over Theis, but it looked good. It felt good. I really thought it had a chance. Unfortunately, it came up short and I missed it. It actually looked pretty good. I was looking at it in here,” Vučević said of looking at the replay in the locker room.