Hayward was 15 for 19 from the field and matched a season-high with five 3-pointers on six attempts. He played 29 minutes through the first three quarters and sat out the fourth as Charlotte's lead swelled to 30 points.

Cody Martin scored 21 points and Miles Bridges had 19 for Charlotte, which won for the third time in nine games.

Bryn Forbes scored 25 points and Keldon Johnson 21 for San Antonio, which closed a five-game homestand at 3-2.

Charlotte entered the game as the league's second-highest scoring team, and they increased that output as LaMelo Ball nears a return to the lineup. Ball was cleared Tuesday after missing five games while adhering to the league's health and safety protocols.

The Hornets shot 60 percent from the field, including 53% on 3-pointers. Charlotte had 33 assists.

San Antonio had six players score in double figures, but couldn't keep up with Charlotte.

The Hornets raced to a 25-13 lead, shooting 71% from the field and not committing a turnover in the opening six minutes.

Charlotte created open jumpers, especially 3-pointers, by whipping the ball around the court before the Spurs could close on the passes.

The Spurs rallied, closing within nine points in the second quarter before the Hornets rebuilt a double-digit lead and rolled to their eighth road victory. 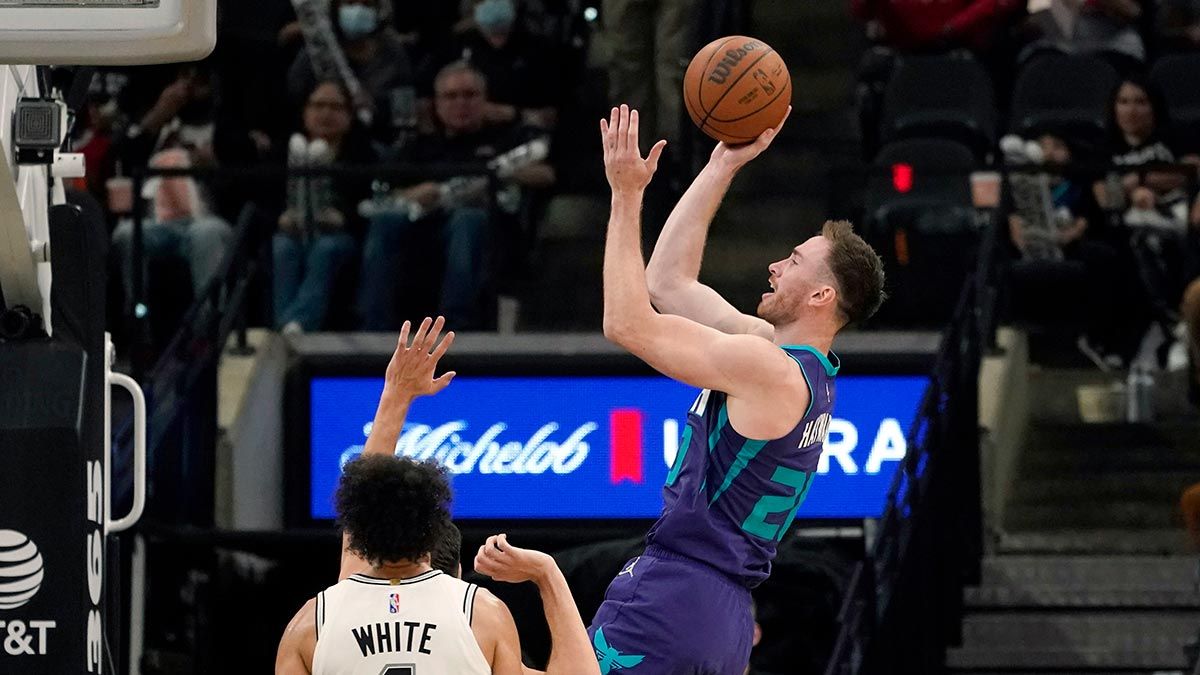 Charlotte improves to 8-10 away as Gordon Hayward shoots 15 for 19.

Hornets: At Portland on Friday.

Spurs: At Utah on Friday.