DALLAS — Eric Gordon scored a season-high 33 points, DeMarcus Cousins had his best game for Houston with 28 points and 17 rebounds and the Rockets beat the Dallas Mavericks,133-108, on Saturday night (Sunday, Manila time).

John Wall had seven points and eight assists after missing five straight games with right knee soreness. It was the first game for Wall since the James Harden trade. The Rockets were without a key piece of that deal as Victor Oladipo rested a sore right quadriceps.

Luka Doncic scored 26 points while sitting the entire fourth quarter with the game out of reach. The Slovenian star was again without European sidekick Kristaps Porzingis, who rested his surgically repaired right knee as the Mavericks finished five games in seven days by completing their second back-to-back in that stretch.

The Rockets were also playing on a second consecutive night for the first time this season and won both to improve to 3-3 since the Harden trade.

"It was a very complete game for us on both ends of the floor, especially on a back to back," coach Stephen Silas said a night after a 103-102 victory at Detroit. "Really good trip for us." 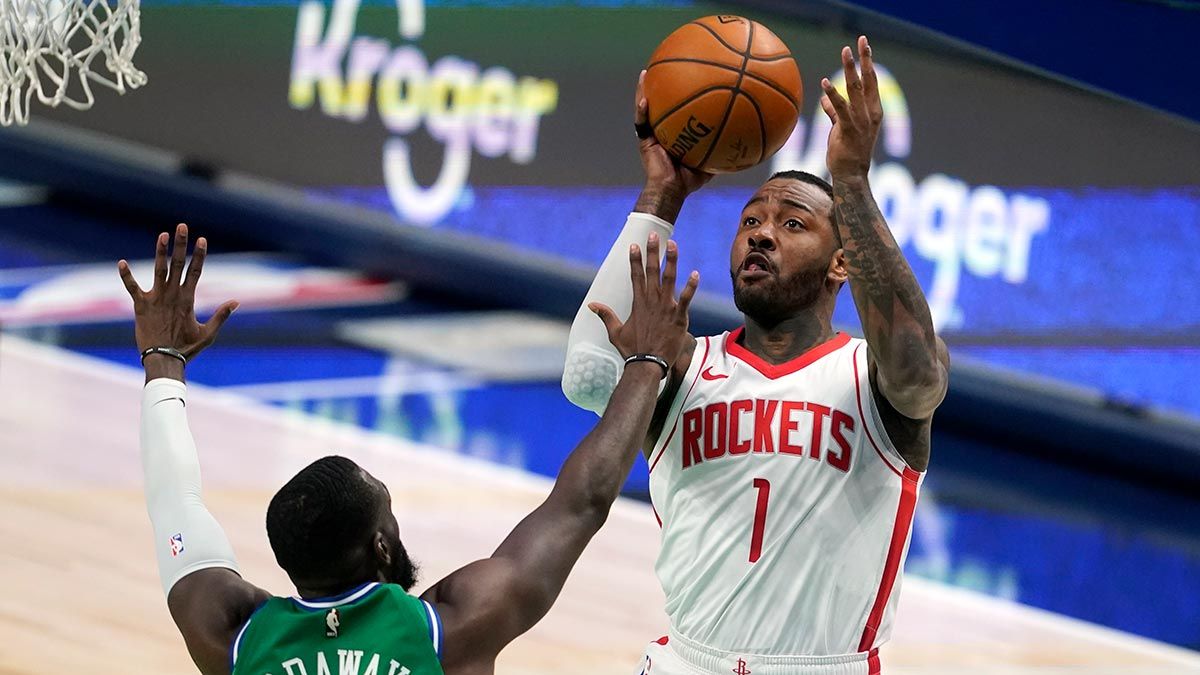 Houston never trailed as Cousins opened the scoring with a three-point play and scored eight points in the first three minutes. Cousins matched his most points since a torn Achilles tendon ended his final season with New Orleans in 2017-18.

"My thing is the shot quality," Silas said about Cousins. "He works conscientiously on his 3-point shot. I knew it would come around. We just had to make sure he was getting good, quality shots. He did that tonight."

The Rockets led 70-59 after the highest-scoring half against Dallas this season. The Mavericks pulled within 74-71 early in the third quarter before Houston finished the quarter on a 30-12 run.

"We don't have any excuses," Dallas coach Rick Carlisle said. "The energy was a factor. We were able to get it up in spurts, but weren't able to sustain it. They had more juice." 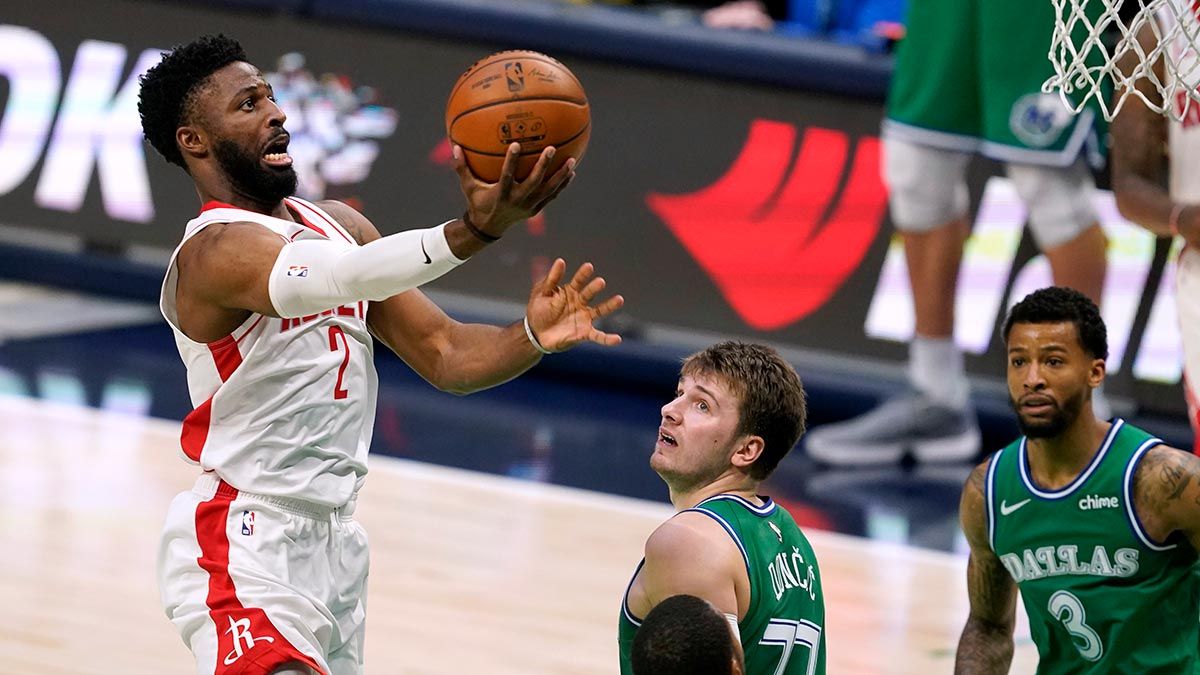 Rockets: Wall played 21 minutes when coach Stephen Silas said he would watch his minutes closely and make sure he didn't play long stretches. ... David Mwaba scored a season-high 18 points, and Mason Jones had 16.

Mavericks: Tim Hardaway Jr., who was 0 of 12 from the field in the most recent Dallas loss against Toronto, missed all five shots in the first half before going 4 of 8 after halftime and finishing with 15 points. ... Doncic had eight assists and five rebounds. ... Boban Marjanovic matched Hardaway with 15 points, and Trey Burke had 13.

Carlisle said the Mavericks figured they would rest Porzingis given it was their seventh game in 11 days since the 7-foot-3 Latvian made his debut after the offseason surgery. Carlisle left little doubt Dallas was upbeat about Porzingis' progress.

"He's doing exceptionally well," Carlisle said. "It was a decision we talked about a lot, and that was one reason he didn't get downgraded until later in the day. Things are in a really good place."

Silas was back in Dallas after the first-year Rockets coach spent the past two seasons as an assistant with the Mavericks. But it wasn't much of a homecoming.

First of all, Silas' family made the move from Dallas to Houston the day before the game, "so we missed each other." Even if his family had still been in town, Silas wouldn't have been able to see them because of COVID-19 protocols.

"Obviously, being here, a place that's so close to my heart but no fans and you're not allowed to even shake their hands or hug," Silas said. "Yeah, we're going to Dallas, but it's on a back-to-back and there's no fans and I can't even take a walk on the Katy Trail (near the Mavericks' arena). It's a downer."

Rockets: Washington visits Tuesday in one of three Houston home games in a span of 12 overall. It's the second scheduled game for the Wizards since a six-game shutdown because of COVID-19 protocols.

Mavericks: Denver visits Monday to finish just the second set of consecutive home games for the Mavericks, who played 11 of their first 15 on the road.