Good health, good cheer? Both in short supply in NBA this Christmas

NEW YORK — So much for good health and good cheer.

Both are in short supply in the NBA this Christmas, especially for the 10 teams that will be playing on the holiday.

The games will go on, which is the most important thing during a time when the NBA has been forced to postpone nine of them because of a coronavirus surge.

But there is a chance they will go on without Kevin Durant, Luka Doncic and Trae Young, who all were in the NBA's health and safety protocols in the days leading into the five-game slate. Milwaukee Bucks star Giannis Antetokounmpo is no longer in the protocols, but there is no guarantee he will be able to play against Boston.

"You don't want anybody out, whether it's injury, COVID illness, whatnot," Milwaukee's Khris Middleton said. "I wish all those guys could be out there playing. But right now we've just got to deal with the cards that we're dealt. You've got to go out there and perform, compete. Hopefully the fans will enjoy the product that's on the court."

It's not going to be the one NBA fans — or sports fans in general — envisioned when looking forward to these holidays.

Sports has not been able to escape the surge in coronavirus cases driven by the new omicron variant. Bowl games are being canceled, teams are being forced to pull out of college postseason matchups, NFL players have been sidelined, and the NHL started its Christmas break early and its players are not playing in the upcoming Olympics.

In the NBA, more than 100 players have gone into protocols, leaving teams in some cases forced to sign players just to have the minimum eight required to play. As injury reports lengthened throughout December, with the Brooklyn Nets and Chicago Bulls both having 10 players in protocols at times, there were questions about whether the NBA would be better off just pausing the season.

"The league's in a tough position," Nets coach Steve Nash said. "Do you shut it down and extend it? Or what do you do, because you could shut it down and still the West Coast theoretically could get hit by the virus later and then what, we shut it down again? So I could understand it's tricky to navigate and there's no right answer and there's a lot of things to consider."

His Nets visit the Lakers in the prime-time spot on the schedule. The other games: Atlanta at New York, Boston at Milwaukee, Golden State at Phoenix and Dallas at Utah. 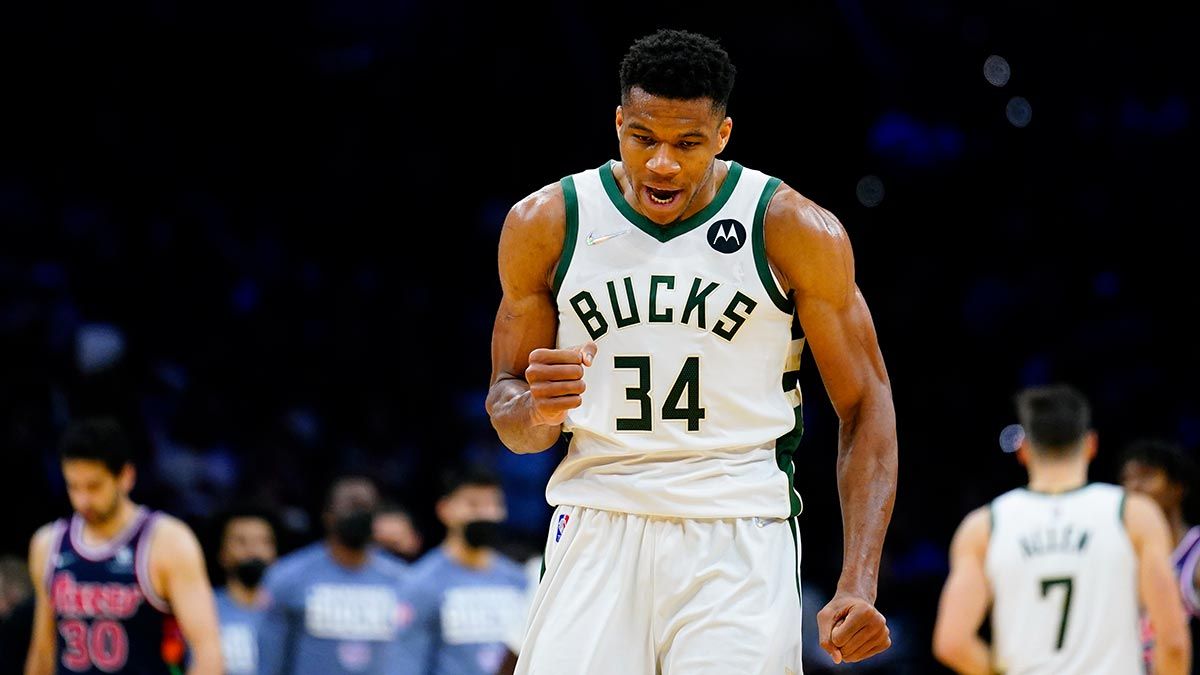 Giannis Antetokounmpo is not on the Bucks injury report after COVID absence.

Christmas is traditionally the NBA's biggest day of the season, often with catchy commercials and special uniforms to promote the games. It's where Shaquille O'Neal and Kobe Bryant first faced off as opponents, where the most must-see teams or players get the spotlight to themselves.

The schedule, when it was unveiled in the offseason, was headlined by Brooklyn's Big Three going to Los Angeles to visit LeBron James and the Lakers, who were expected to be a Western Conference powerhouse.

Now the Nets are a patchwork crew that could be down to a single superstar, with James Harden released from protocols Thursday but Durant and Kyrie Irving still sidelined. Maybe that will be good enough against a Lakers team that is without Anthony Davis because of a knee injury and is perhaps the league's biggest disappointment at 16-17 after a four-game losing streak.

Young was supposed to start the day at Madison Square Garden, where he was last seen bowing to the crowd after leading the Hawks to a victory to close out Game 5 of a first-round playoff series against the Knicks.

A team like Atlanta doesn't get many Christmas chances. This is the Hawks' first since 1989 and they might not get to really show themselves off.

"I know that when our players found out that we did have a Christmas game, for many of them it's their first time, and they were pretty excited," Hawks coach Nate McMillan said. "We're hoping we can get guys back in uniform to play on Christmas Day."

They could win with whoever they have. There's no place like home for the holidays — except for the Knicks, who are a dismal 6-11 on their court.

Even with so many players possibly sitting, the NBA still has its two top teams on the schedule. The Suns, in their first Christmas game since 2009, host the Warriors, whose Nos. 2 and 3 scorers (Andrew Wiggins and Jordan Poole) were in protocols.

All the top players will be missed, but Dallas coach Jason Kidd tried to put a positive spin on the depressing news. It's been 14 years since the NBA returned to playing five games on the holiday. For much of his playing career that began in 1994, there were only two games, so many players never even got a Christmas game.

Now, some guys who might only be in the league because of COVID-19 absences might end up playing in one.

"That will be a special time for them, too," Kidd said. "We can't take that for granted, because a lot of times growing up, you could only see two games or one game. That was the Michael Jordans of the world. But now you get five or six games and with COVID going on, there's a lot of guys playing that would normally not get the chance to play on Christmas."