INDIANAPOLIS — Indiana Pacers coach Nate Bjorkgren is trying to keep his team focused on basketball — even while the outside world debates everything else.

It's life in the world of turmoil.

Over the past two days, the first-year coach has had to contend with two media reports questioning the internal dynamics of Indiana's locker room and organization, a public dust-up between center Goga Bitadze and assistant coach Greg Foster and the discipline that followed.

"Just had a good little meeting with players and coaches and we're looking straight ahead, staying together, staying focused and playing good basketball," he said less than two hours before facing Atlanta. "You know basketball is a beautiful game when it's played the right way."

Right now, though, the Pacers are dealing with the ugliness of the sport.

Following a third-quarter dust-up between Bitadze and Foster in Wednesday's 104-93 loss to Sacramento, team officials announced Foster had been suspended for one game while Bitadze was fined an undisclosed amount. In a statement, the team called it an "internal matter" and said no additional details would be released. 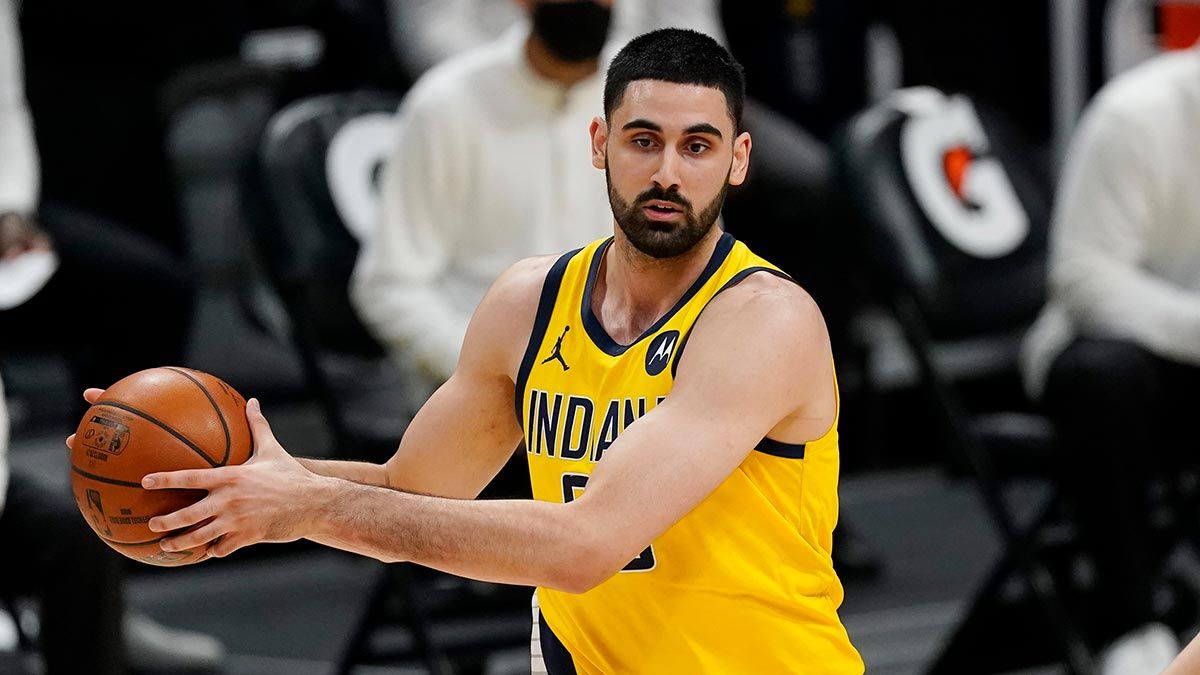 The incident began after Maurice Harkless grabbed a rebound and scored on a dunk, which prompted Foster to scold Bitadze for his apparent lack of effort. When Bitadze answered with a 3-pointer, he appeared to curse at Foster. And when play stopped at the 2:26 mark, a heated exchange between the two occurred that only simmered down after another player prevented the argument from escalating.

Afterward, Bjorkgren acknowledged it has been a "frustrating stretch" and said he believed it occurred because of the competitiveness of both men.

"He (Bitadze) was very apologetic, he was right away from the first words out of his mouth to the last, saying it would never happen again," Bjorkgren said. "I believe, I believe him."

Those comments came just a few hours after Bleacher Report published a story which questioned everything from Bjorkgren's treatment of coaches and staff members to whether the Pacers did their homework before his hiring, even whether some Pacers players wanted to play for him.

One player mentioned, starting forward T.J. Warren, hasn't played since December because of a stress fracture in his left foot. The Pacers announced in March he would miss the rest of the season and the report said his absence was his way of avoiding Bjorkgren.

"Don't use me to push false narrative," he replied to a Tweet promoting the story.

He later added on his own account: "There's a lot of nonsense on this app today."

That report followed a similar one from ESPN on Wednesday, which questioned Bjorkgren's future with the team, noting there were communication problems within the organization and concerns about the relationships between the coach and his players.

Bjorkgren responded to that report by blaming himself for any shortcomings.

All of this comes as Indiana continues to struggle with a rash of injuries and has slid into a tie with Washington for the No. 9 seed in the Eastern Conference, three games ahead of Toronto for the final spot in the play-in round. And just as former Indiana coach Nate McMillan brings his surprising Hawks back to Indianapolis.

The Pacers defense started Thursday (Friday, Manila time) ranked 25th in scoring defense (115.0) after allowing 109 or more points in 17 of the previous 19 games.

"There are a ton of things to manage and a ton of things that come at you every day. That's part of the job," Bjorkgren said. "Every day you have to try to be your best at every single one of your duties. I had experience with it before and had seen it first hand when I was an assistant coach and I saw the challenges they had. So, yeah, you just have to continue to take everything in stride and get better every day."
___