Giannis gears up for new season: ‘I'm ready for any obstacles’

Other times, the Milwaukee Bucks forward struggles just to reach the rim with a shot from it.

Even with holes to fill in his game, Antetokounmpo is already among the best players in the NBA. He is a two-time MVP who could probably start drafting his Hall of Fame speech without ever adding to what he does now.

Listen to him for just a few minutes and it's clear that's not his plan.

"I want to keep getting better," Antetokounmpo states matter-of-factly.

That is coming from a player who had one of the finest NBA Finals ever, the unanimous MVP after averaging 35.2 points, 13.2 rebounds and 5.0 assists while shooting 61.8 percent. No player had ever reached those numbers.

Maybe because it's just possible there has never been a player like him.

Antetokounmpo finished off Phoenix with 50 points, 14 rebounds and five blocked shots in Game Six, going 17 for 19 from the line. Few players have ever displayed such a mastery of their craft in seemingly every facet of the game.

Yet, Antetokounmpo is the same player who was mocked on social media during the postseason for shooting airballs on free throws, who had fans on the road counting to 10 or beyond to show that sometimes he wouldn't even attempt the shot within the allowed time.

It was such a glaring weakness that it reignited criticism that he is an elite athlete who isn't all that skilled at basketball.

He's not as bad as he looked then.

He's also as good as he could be.

"We continue to say we feel like Giannis has got a lot of room for improvement, which is a lot of respect for how much he already does and how great a player and how impactful he is to winning," said Bucks coach Mike Budenholzer.

But the coach believes there are "some significant jumps that he can take."

If there was ever a time to ease up, it would seem Antetokounmpo just earned it after carrying Milwaukee to its first title in 50 years. But Richard Jefferson, who won a title with LeBron James in Cleveland, said that's exactly when the great players take it up another notch because they don't want to settle for one.

"So, I think for guys like Giannis, he's the same way" and wants more, said Jefferson, now an analyst for ESPN and YES Network. 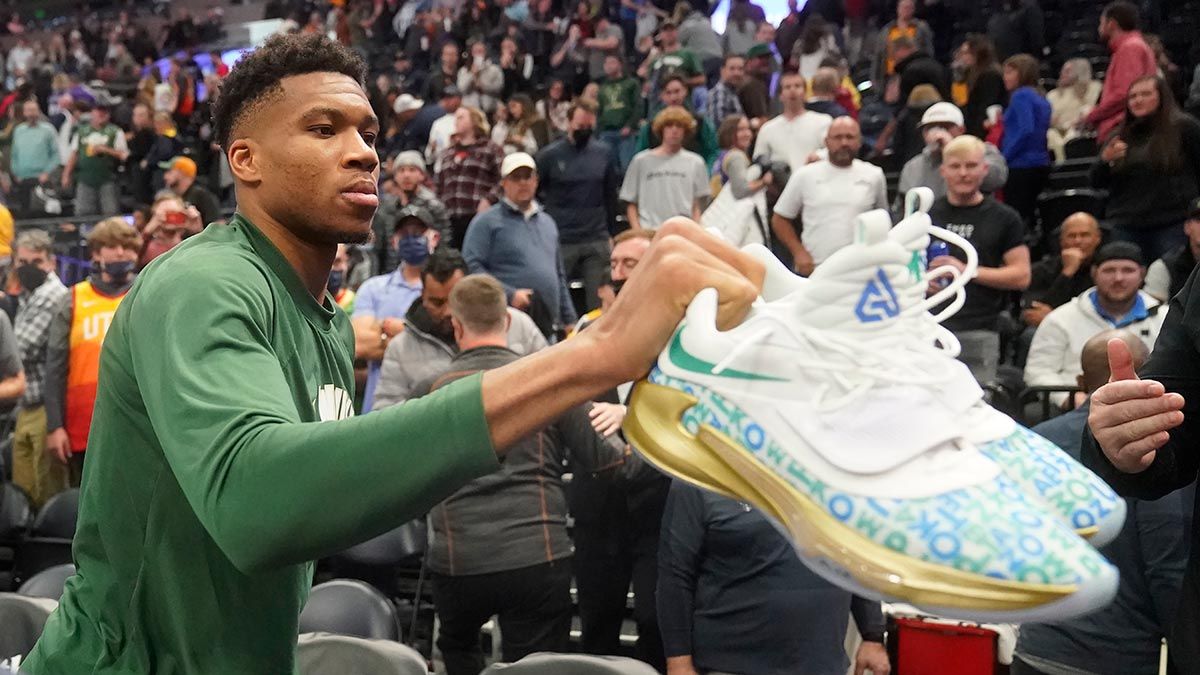 Antetokounmpo did rest a hyperextended left knee that forced him to miss two games in the Eastern Conference finals and took a trip back to his home in Greece with his championship hardware. He enjoyed the extra time with his fans and his family, having become a father for the second time.

"But you've got to be able to do it for yourself, figure out what you want. And right now, what I want is to get better," Antetokounmpo said. "I don't care about trophies.

Unlike an Anthony Davis or Zion Williamson, who arrived in the NBA as No. 1 picks with can't-miss expectations after a year at a college basketball powerhouse, Antetokounmpo was no sure thing. He was only the No. 15 pick of the 2013 draft, averaging just 6.8 points as a rookie on a team that went 15-67. Neither he nor the Bucks were going anywhere without plenty of work.

That comes easily for Antetokounmpo. It's a trait he learned from his parents, who moved from Nigeria to Greece and he said worked nonstop while raising he and his brothers with little money.

"No matter how they felt — happy, sad, tired — they didn't stop," Antetokounmpo said. "That's kind of the mindset I have and that I'm going to keep having."

It's one that's helped him climb from his shaky NBA start to three straight seasons averaging better than 25 points, 10 rebounds and 5.0 assists. He's still below a 30% 3-point shooter for his career but looked quicker and more confident on his release in the preseason.

A reliable outside shot would make the 6-foot-11, 250-pound Antetokounmpo close to unguardable, given his unique combination of speed and strength that makes him too big for most forwards and too agile to be guarded by centers.

Many teams try to stop him by packing a wall of defenders in his path to the rim, but Antetokounmpo could foil that strategy by simply shooting before he got to it.

Then, no wall would be in his way.