ORLANDO, Florida — Giannis Antetokounmpo had 28 points, Bobby Portis scored 17 of his 19 points in the first half and the Milwaukee Bucks defeated the Orlando Magic, 127-110, on Tuesday night (Wednesday, Manila time).

Milwaukee has won four in a row and five of its last seven. Since starting the season 6-8, the Bucks have gone 17-5 to surge back near the top of the Eastern Conference standings.

Khris Middleton scored 21 points for the Bucks, while Jrue Holiday chipped in 18 points and 10 assists. Antetokounmpo capped his 24th 20-point night in the fourth quarter by chucking Orlando's Freddie Gillespie to the floor with a forearm before dunking with his left hand.

However, Milwaukee responded with seven straight points to all but seal the game and beat the Magic for a third time this season.

Orlando had six players out with injuries, and Terrence Ross, Mo Bamba, Chuma Okeke and Mychal Mulder couldn't play because they were in the NBA's COVID-19 health and safety protocols. 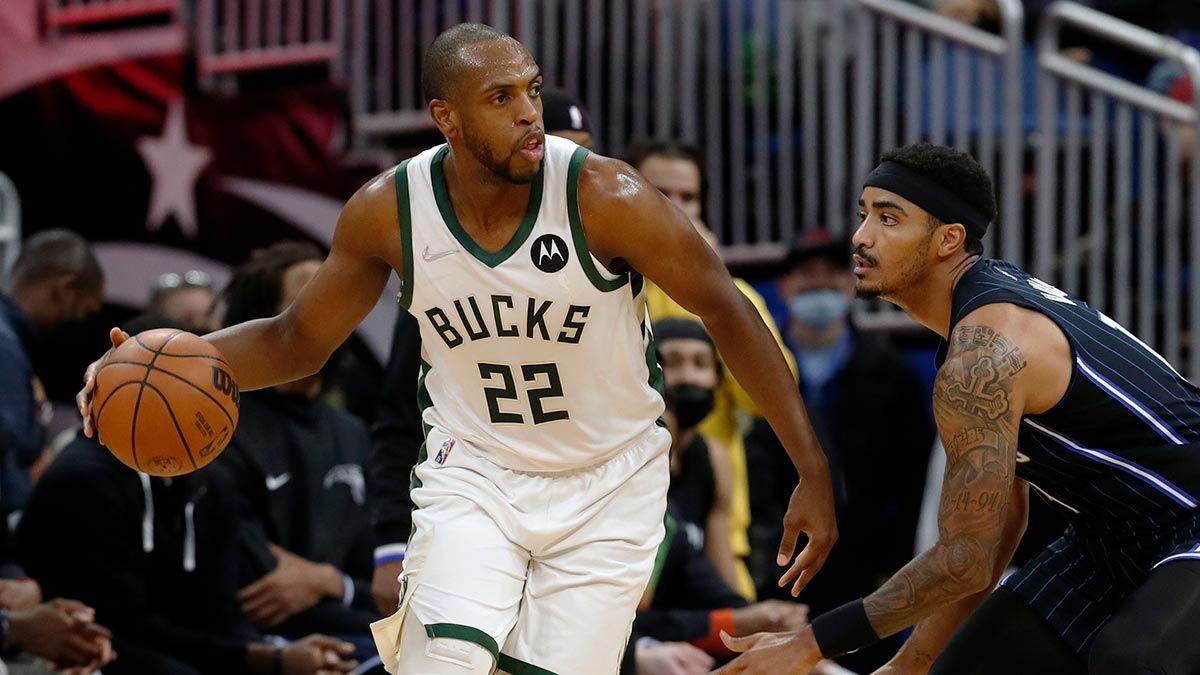 Khris Middleton goes 8 for 14 in 31 minutes of action.

Milwaukee coach Mike Budenholzer sounded almost embarrassed on Tuesday when discussing his team's luck with good health — both on the injury front and COVID-19. The Bucks entered Tuesday with only Brook Lopez (back surgery) out of action.

"When you look around the league and see what other teams are having to do, we're very fortunate," Budenholzer said. "We felt like when (GM) Jon (Horst) put together the roster, it was going to be very deep. It's a good place to be, but it'll probably change tonight, tomorrow or sometime soon. But we'll take it while we have it."

Bucks: University of Michigan coach Juwan Howard attended the game. His Wolverines play at Central Florida on Thursday. … The Bucks beat the Magic for the 10th consecutive time, a streak that's in line with 10 straight over the Kings and 12 straight wins against the Pistons. … DeMarcus Cousins was whistled for a technical foul after screaming, "ball don't lie!' following a missed free throw.

Magic: Guard Tim Frazier picked up four fouls in his first seven minutes of action. … Orlando was without point guard Cole Anthony for a second straight game because of "maintenance" on his sprained right ankle. … Magic coach Jamahl Mosley described Jalen Suggs' recovery from a fractured thumb as "progressing along slowly" and added the rookie guard would be reevaluated in "a couple of weeks." Suggs, the No. 5 pick in last summer's NBA Draft, hasn't played since Nov. 29.

The two teams play again in Orlando on Thursday night.