by larry lage, ap
4 days ago

DETROIT — Giannis Antetokounmpo scored 20 of his 29 points in the first quarter, returning to the lineup after a five-game absence to lead the Milwaukee Bucks in a 150-130 win over the Detroit Pistons on Monday night (Tuesday, Manila time).

The two-time MVP had been out with a sore left knee and was joined by three-time All-Star Khris Middleton, putting the Bucks' prolific duo in the same lineup for the first time in more than a month.

"The band is back together," Antetokounmpo said.

Middleton, who hadn't played since Dec. 15 due to a sore right knee, had eight points and four assists as a steadying presence for the Central Division-leading Bucks.

"It was great to see everyone playing together with no real chemistry issues," said Bucks center Brook Lopez, who scored 21 points.

Milwaukee scored 49 points in the first quarter, two shy of the NBA record, and led Detroit by 25 after Antetokounmpo made all six of his shots in eight-plus minutes.

"I was trying to be aggressive and some shots fell," he said. 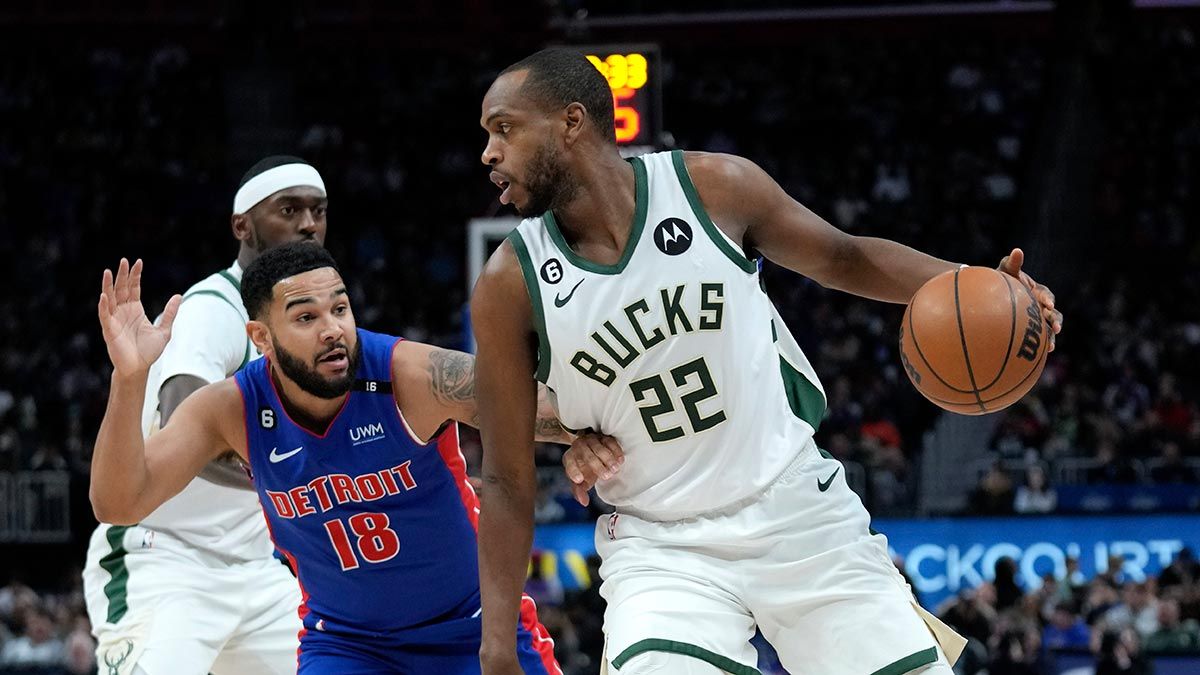 After drawing defenders, Antetokounmpo also had two assists along with two rebounds in the opening quarter.

"It was impressive to come out and play the way he did," Bucks coach Mike Budenholzer said. "He did a little bit of everything, just like the whole group that in that quarter."

Antetokounmpo didn't keep up his scoring pace the rest of the game, but he didn't have to with teammates such as reserve Bobby Portis scoring 12 of his 18 points in the second quarter.

Milwaukee led 83-55 at halftime, had 115 after three quarters and finished with a season high in points in a game that wasn't competitive beyond the opening minutes.

"The first quarter is what I was afraid would happen," Detroit coach Dwane Casey said. "A championship-caliber team came in and put their stamp on the game at the beginning. We didn't respond, and that's how you give up a 49-point first quarter. I liked our fight after that, but this is a 48-minute game."

Mercifully, the Bucks held the ball and were called for a shot-clock violation in the final seconds when they were three points from matching the most by an NBA team this season.

"I'm sure the basket looked big for them," Budenholzer said.

Bojan Bogdanovic scored 33 points and rookie Jalen Duren had a season-high 23 points and 14 rebounds for the Pistons, who have won an Eastern Conference-low 12 games and are ahead of only Houston in the league-wide standings.

Detroit rookie Jaden Ivey had 12 points and 11 assists, and Hamidou Diallo added 11 points off the bench.

"The challenge at that point is looking at the scoreboard and telling yourself there's no 31-point shot," said Detroit's Saddiq Bey, who scored 21 points.

The Pistons honored the late Bob Lanier throughout the game. The Hall of Famer, who played his 14-season career with Detroit and Milwaukee, died in May at age 73.

There was also a moment of silence for Chris Ford, who started his career with Detroit before winning three NBA titles in Boston as a player and assistant coach. Ford, who made the first 3-pointer in league history, died last week at age 74.

Bucks: Portis left the court with a sore right knee early in the fourth quarter after grabbing a 10th rebound for his 29th double-double this season. "We're hopeful that it is not anything serious," Budenholzer said. ... Reserve Jevon Carter had 18, and Jrue Holiday added 16 points and seven assists.

Pistons: Killian Hayes (shoulder) was out along with Marvin Bagley (broken hand) and Cade Cunningham (shin surgery). ... The short-handed team has lost four straight and eight of 10 games in 2023.

Pistons: At Brooklyn on Thursday night.