MILWAUKEE — Giannis Antetokounmpo needed only 22 minutes on the court to do plenty of damage, scoring 37 points and leading the Milwaukee Bucks to a 128-102 rot of the New York Knicks on Tuesday night (Wednesday, Manila time). u

Antetokounmpo did not play in the fourth quarter after the Bucks built a 32-point lead entering the final period on the way to sweeping the three-game season series with the Knicks.

Khris Middleton added 17 points and Ersan Ilyasova had 14 points and seven rebounds for Milwaukee, which led by as many as 35 and improved its record to an NBA-best 36-6. 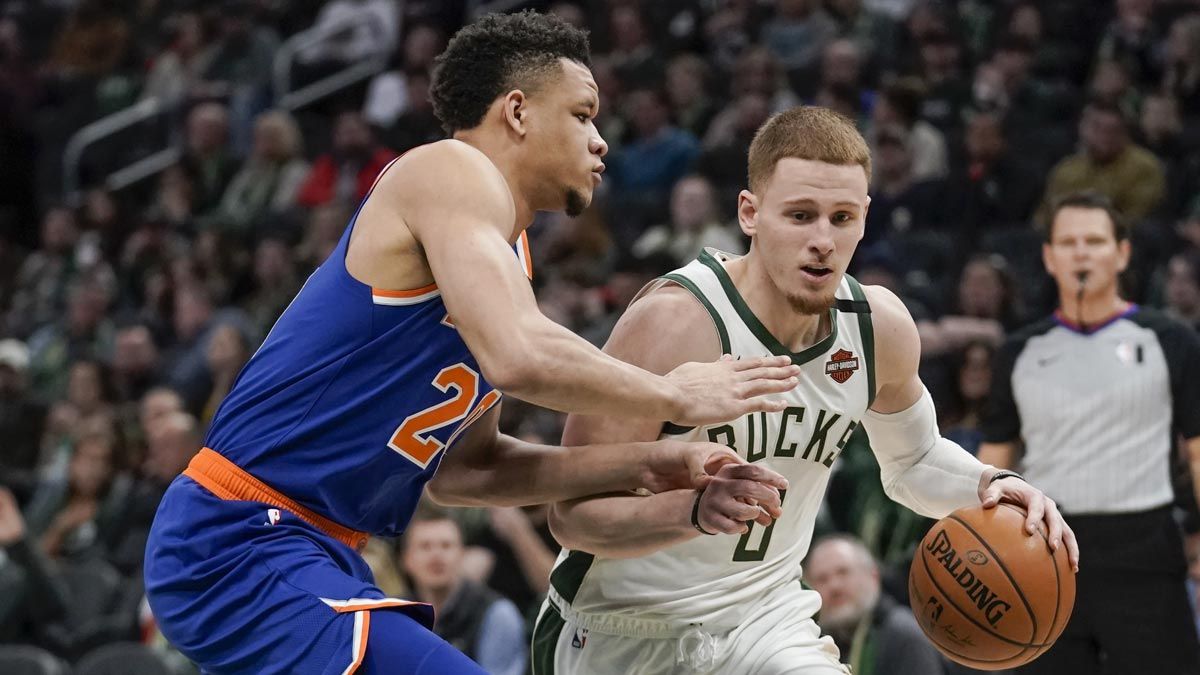 Antetokounmpo scored on a nifty drive and followed with a 3-pointer as part of a 10-0 run that gave the Bucks a 39-23 advantage early in the second quarter.

Milwaukee outscored New York 36-17 in the period to grab a 65-40 halftime lead. Antetokounmpo finished the half with 20 points and eight rebounds.

Milwaukee extended the margin in the third quarter as Antetokounmpo had 17 points, including nine straight during one stretch. The Bucks converted a five-point play when Knicks guard Elfrid Payton received two technical fouls and was ejected with 6:58 left in the quarter.

Middleton sank the two technical free throws and Antetokounmpo hit all three foul shots after being fouled on a 3-point attempt. 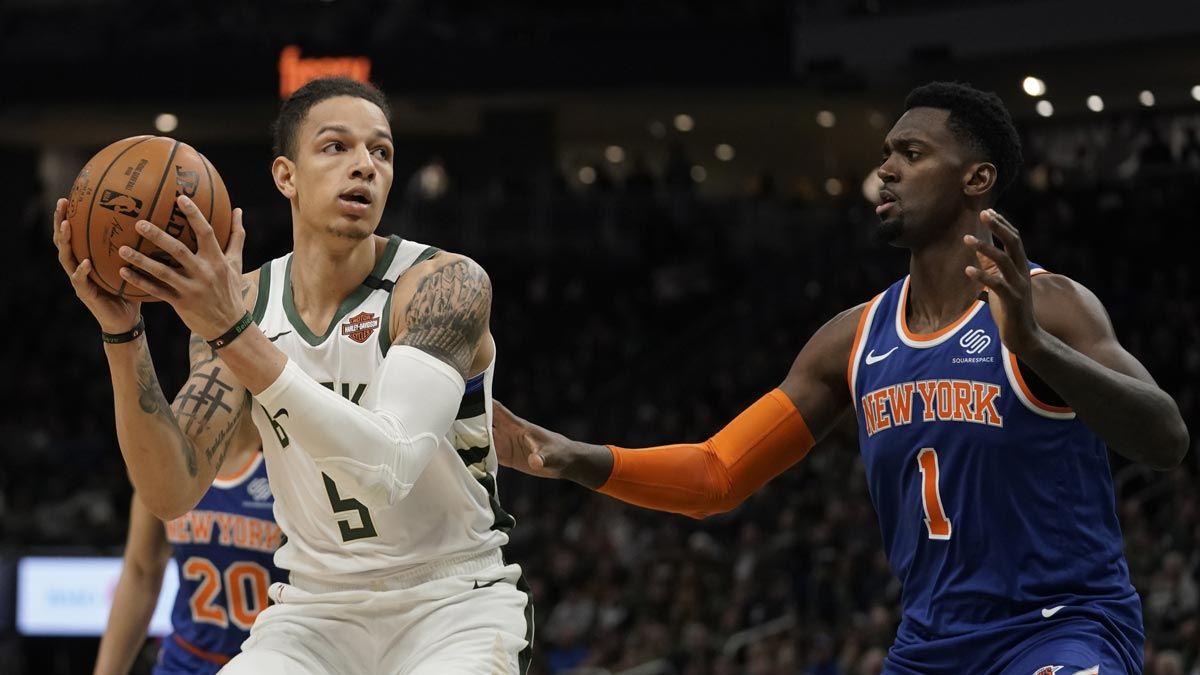 Middleton is mixing up his offensive game, scoring effectively from the mid-range and beyond the 3-point line. At the season's halfway point he had an effective field goal percentage of 55.8% and an overall percentage of 48.5%. "He took the challenge to be an even better shooter," Bucks coach Mike Budenholzer said. "I think we wanted him to be better on open looks. He's taking his concentration in a lot of different areas and just increased it." Middleton is seeking his second straight NBA All-Star selection.

Knicks: Signed forward Kenny Wooten to a two-way contract. The 6-foot-8 Wooten has appeared in 24 games this season for the Westchester Knicks of the G-League, averaging 7.7 points and 5.9 rebounds in 24 minutes per game. Knicks interim coach Mike Miller said he has been impressed with "the athleticism and the energy and the force that he plays with." … Marcus Morris missed his fifth straight game with a neck injury, and the Knicks also were without Frank Ntilikina (sore groin) and Dennis Smith Jr. (oblique strain).

Bucks: Talk has turned to Milwaukee's chances of reaching 70 wins, after the team had 35 at the season's halfway mark. Only the 1995-96 Chicago Bulls (72 wins) and 2015-16 Golden State Warriors (73) have eclipsed that mark. Those Warriors were outspoken about wanting to beat the Bulls' record. But it's not a subject Budenholzer is thinking about. "We appreciate we've had a great start, but there's still a lot of work to do," he said. "Defensively, individual pride, it feels like there are nights where we can't keep the ball in front of us. Offensively, our execution, both when we're playing motion and in the half-court stuff, we need to be better. That becomes more important in close games, in the playoffs." … Backup center Robin Lopez sat out for rest, taking his turn in the team's plan to keep players fresh throughout the season. ... Green Bay Packers stars Za'Darius Smith and Aaron Jones received huge ovations when they were introduced during a timeout late in the third quarter. The Packers play San Francisco in the NFC title game on Sunday.