COLUMN: Giannis teammates look more like deer in the headlights

CHICAGO - There probably is a lot of crying and regret spilling over at the accounting offices of the Milwaukee Bucks.

The franchise is on the hook for a combined $313 million worth of guaranteed contracts to Khris Middleton and Jrue Holiday, two useless participants in the ongoing 2021 NBA Finals.

After netting 29 points in Game One, Middleton disappeared in Game Two, shrinking his output to 11 points on 5-of-16 shooting, including 1-for-6 from 3.

This is definitely not what the Bucks bean counters had expected from an All-Star who they inked a five-year contract extension worth $178 million in 2019.

But wait, it only gets worse.

Holiday was also gifted with a four-year, $135 million deal this past April. Including incentives, the deal could balloon to $160 million throughout 2025. 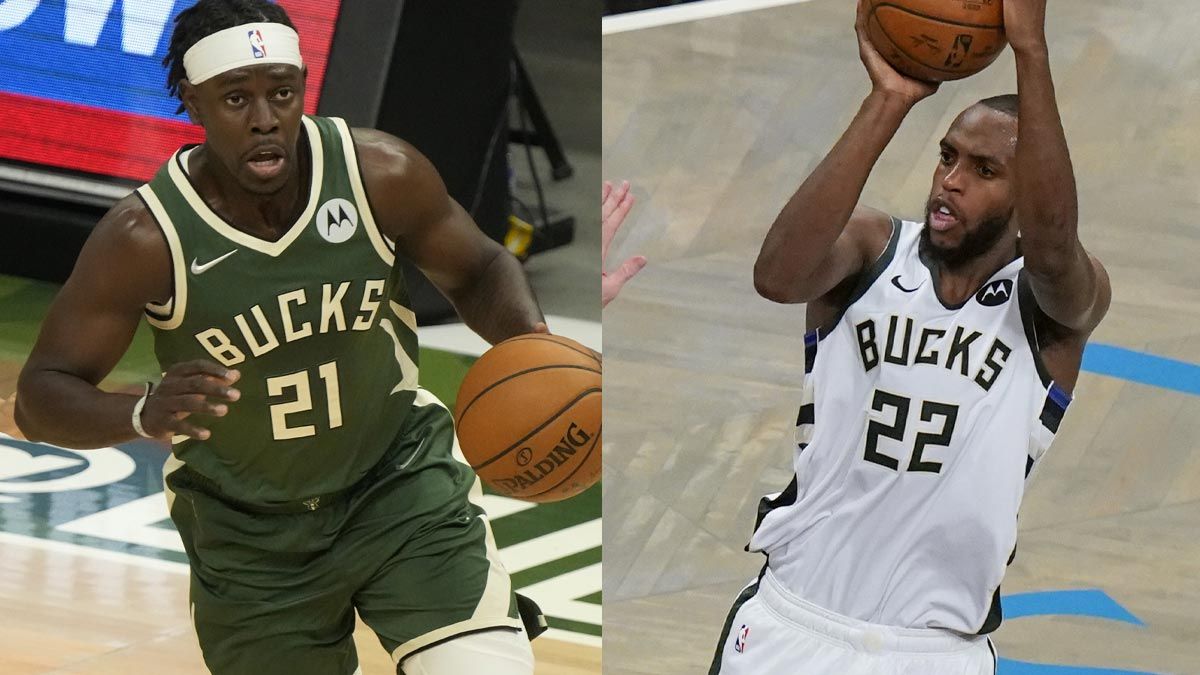 Forget bonuses, Holiday ought to give money back to the team. He sure didn't earn most of it in these two Finals games where he accounted for only 27 points while going 11 for 25 from the field and 1-for-7 from 3.

If I had told you that Pat Connaughton would score only five less points than Holiday after two Finals games, you'd probably think I'm a psycho who needs to be strapped in a straight jacket.

But that's exactly what happened there in The Valley.

Along with PJ Tucker, the Bucks' starting backcourt have produced only 41 points and 19 assists. Chris Paul and Devin Booker, on the other hand, have 113 points and 29 assists for Phoenix.

Those who are trying to conduct a post-mortem on these Bucks need only to look at guard play as a cause of death.

AND IF YOU ARE A WOUNDED BUCKS FAN WHO WANTS A LITTLE INSULT WITH YOUR INJURY, PLEASE FEEL FREE TO FEAST ON THIS.

Mikal Bridges, that slender wing they affectionately call The Warden out there in Phoenix, has outscored Middleton in this series so far, 41-40. Bridges Makes only $4.3 million this season compared to Middleton's $33 million.

In the battle of big men in the middle, the Suns are also making a killing as DeAndre Ayton has 32 points and 30 rebounds against Brook Lopez's 25 and 15.

Despite a hyperextended left knee, Giannis Antetokounmpo has somehow turned in a mammoth two-game effort of 62 points and 29 rebounds. But he got nothing to show for it other than an 0-2 deficit because the two players he trusted the most failed him.

Even as he drags himself out there, panting, limping, cramping and waging a lost cause you still want to scream "Fear the deer" when you see Giannis.

But with Middleton and Holiday you only yell "deer in the headlights!!"

What other conclusion can be derived from the sorry sight of Middleton and Holiday horribly underperforming and looking lost in transition?

The Milwaukee Bucks won't be the fifth.

This team is doomed. Giannis is great, transcendent. But Middleton and Holiday ain't special. Just ordinary, overrated, and overpaid.

I predicted the Suns to win this series in six. As usual I'm wrong again.