Milwaukee Bucks guard Pat Connaughton took it a step further, saying "it's the best block of all time."

First, it may help to reset the scene.

Phoenix's Devin Booker throws a lob to Ayton for an alley-oop dunk attempt that would have enabled the Suns to tie Wednesday night's Game 4 with just over a minute left. Then Antetokounmpo seemingly comes from nowhere to reject the slam and preserve a Bucks lead that they wouldn't relinquish in a 109-103 victory.

"I thought I was going to get dunked on, to be honest with you," Antetokounmpo said afterward. "But you know, going down the stretch, just do whatever it takes to win the game. Just put yourself in a position that can win the game."

The spectacular block continued to garner buzz on social media Thursday as both teams traveled to Phoenix to continue a series now tied at two games apiece. Antetokounmpo's teammates attempted to put the dunk in historical perspective. 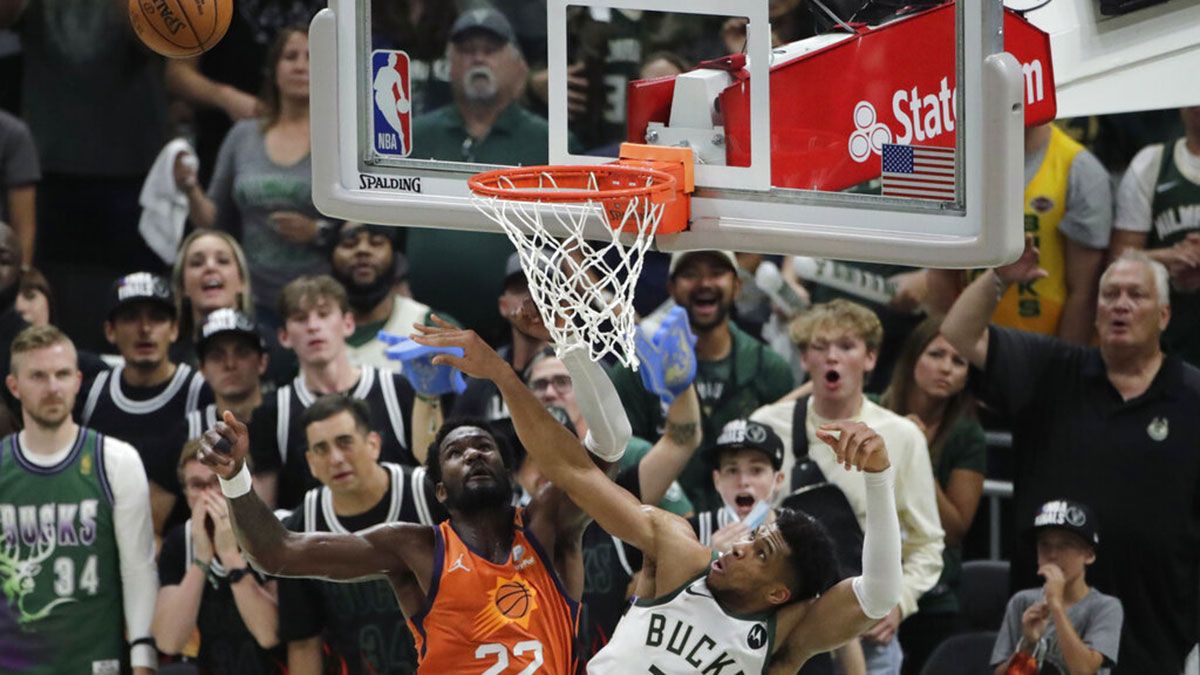 Connaughton acknowledged his personal bias in the situation but explained why he'd rank this block ahead of even LeBron James' chase-down block of an Andre Iguodala layup attempt in Game 7 of the 2016 Finals, one of the most memorable plays in recent NBA postseason history.

Although Connaughton conceded James' block came amid higher stakes because it was in a Game 7 situation, the Bucks guard believed Antetokounmpo's block was tougher to execute. Antetokounmpo was in the paint defending Booker, then had to turn his body around and get to the rim to guard Ayton.

"A chase-down block, you have a little bit more of an ability to read," Connaughton said in reference to James' block. "And obviously it's a great block, and we're talking about two of the greatest blocks of all time and I don't want to discredit that block.

One of the Suns' major priorities heading into Game 5 will be trying to get more competitive on the glass after the Bucks continually converted offensive rebounds into baskets the last two games.

"They're coming to the glass with a great deal of force," Suns coach Monty Williams said. "We've got to meet them outside the paint. It just boils down to that. You can't wait for those guys to get to the paint to try to box them out."

Suns forward Cam Johnson has exemplified the grueling nature of this series.

Johnson arrived for his postgame press conference Wednesday sporting a visible scratch on the right side of his head, relatively close to his eye.

Three nights earlier, Johnson was lying on the floor in pain midway through the fourth quarter after tangling with Antetokounmpo in the paint. Johnson said afterward he took a shot to the rib that knocked the wind out of him and that his abdomen cramped up in the process.

Johnson said the series has "been physical the whole entire time and it's hit after hit after hit." But he wasn't about to complain.