LOS ANGELES — Giannis Antetokounmpo scored 44 points on 17-for-20 shooting, and Bobby Portis had 23 points with five 3-pointers in the Milwaukee Bucks' 131-116 victory over the Los Angeles Lakers on Tuesday night (Wednesday, Manila time).

Khris Middleton scored all of his 21 points in the first half, and Antetokounmpo added 14 rebounds and eight assists while making his first 11 shots as the defending NBA champions won their fourth straight overall and swept back-to-back games against LA's two teams.

Milwaukee jumped to a 24-point lead in the first half with 70% shooting and led by 30 midway through the third quarter before surviving the Lakers' strong late rally. The Bucks hung on for their third win on a four-game West Coast road trip that ends with an NBA Finals rematch in Phoenix on Thursday.

LeBron James scored 27 points and Anthony Davis had 22 points and nine rebounds for the Lakers, who couldn't catch up to the champs even on a rare night with both superstars in their injury-riddled lineup. LA has lost five of seven to fall back to three games below .500.

The Lakers rallied impressively in the fourth quarter, trimming Milwaukee's lead to 10 points midway through the period with a 20-5 run. Portis' fifth 3-pointer stopped the surge, and the Lakers never got closer than 11 again.

Los Angeles dropped to 10-8 with both James and Davis in their lineup during a season totally lacking in continuity due to lengthy absences for its two cornerstones. James looked tired at times in just his second game back from a five-game absence for the Lakers, who haven't won back-to-back games since Jan. 7.

Malik Monk scored 20 points and Stanley Johnson added a season-high 16 for the Lakers in a reserve role.

After giving up 42 points to the Knicks in the first quarter on Saturday night, the Lakers allowed 38 to the Bucks in the opening period. Milwaukee took a 51-28 lead in the second by scoring seven points on one trip down the floor with a pair of 3-pointers sandwiching a flagrant foul.

The Bucks hit 70% of their shots until late in the first half and led 78-56 at halftime. Antetokounmpo finally missed a shot with 2:19 left in the third quarter, and he also got a rare technical in the third for arguing a foul called against him. 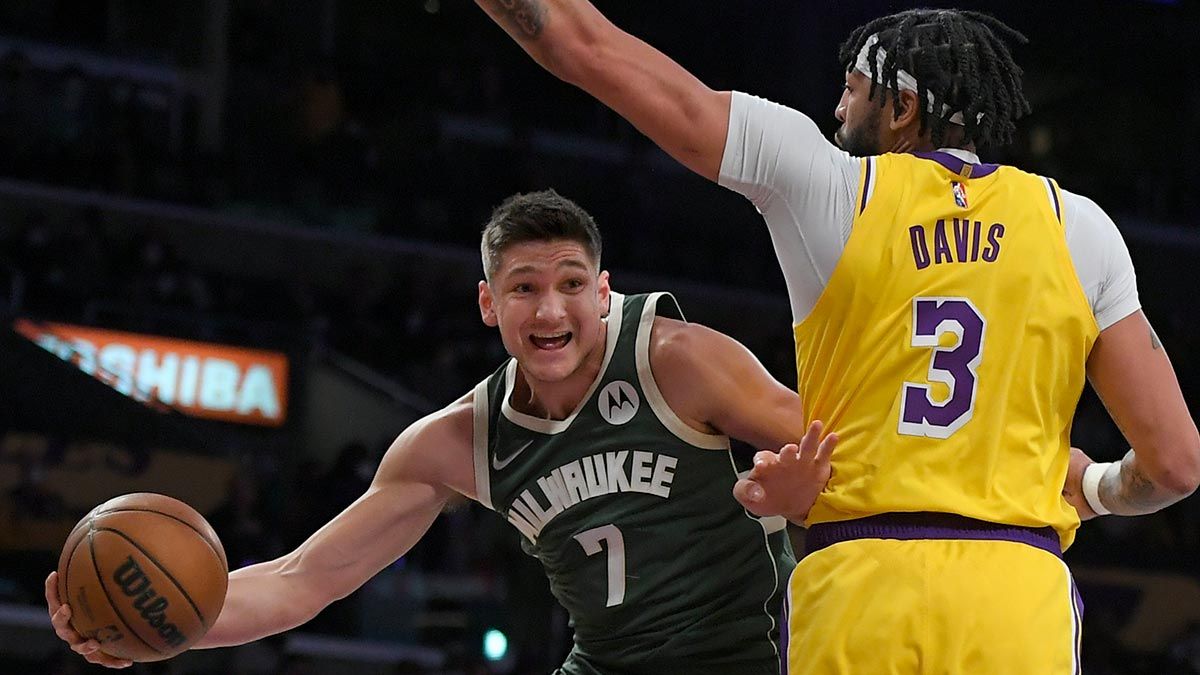 Grayson Allen solid in return from a one-game absence.

Lakers: Dwight Howard sat out with lower back tightness for the second straight game. ... Carmelo Anthony missed his second straight game with a right hamstring strain. ... James got a technical foul in the final minute of the first half for demanding a foul after throwing down a reverse dunk on Antetokounmpo. ... 49ers star Deebo Samuel, the Raiders' Darren Waller and Tampa Bay receiver Mike Evans watched the game from courtside.

Bucks: At Suns on Thursday.

Lakers: At Trail Blazers on Wednesday.