PORTLAND, Oregon — Furkan Korkmaz made a 3-pointer with 0.4 seconds left and the unbeaten Philadelphia 76ers rallied for their fifth straight victory, 129-128 over the Portland Trail Blazers on Saturday night (Sunday, Manila time).

Anfernee Simons made a corner 3-pointer with 2.2 seconds left to put Portland in front but the Sixers got the ball back after a timeout to set up Korkmaz's falling-down, 24-footer for the win — without suspended center Joel Embiid.

Philadelphia is the last undefeated team in the league with its first 5-0 start since the 2000-01 season.

The Blazers led by as many as 21 points in the third quarter but the Sixers closed the gap to 103-100 on Raul Neto's driving layup with just over 10 minutes left. Damian Lillard's 3-pointer with five minutes to go put Portland up 121-113.

Portland's Rodney Hood, who finished with 25 points, left the game with 4:29 left after he tangled with Tobias Harris. It appeared that Hood injured his left knee. 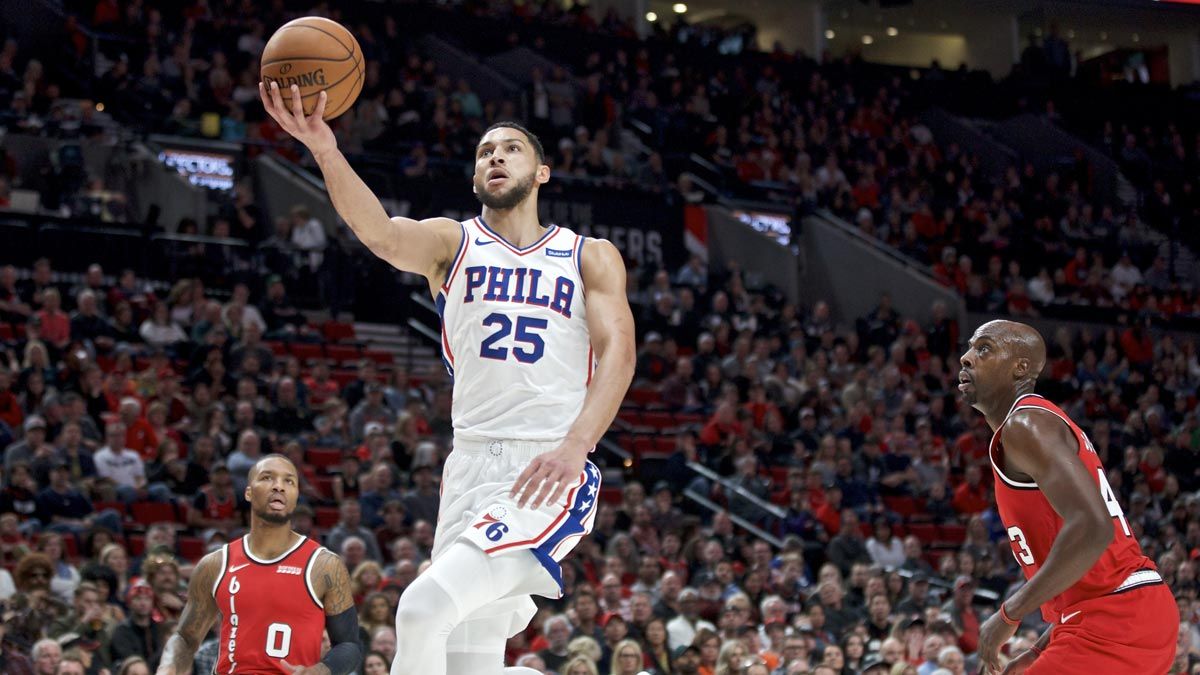 Ben Simmons' dunk got the 76ers within 125-122 with 2:19 left before Al Horford's dunk made it a one-point game. Mario Hezonja fouled Simmons with 10.1 seconds left and he made both to give the Sixers the lead.

Horford finished with 25 points and Harris added 23. Simmons had 18 points and 11 rebounds.

Lillard had 33 points, including eight of Portland's 19 3-pointers.

Embiid was serving the first of a two-game suspension for an altercation with Karl-Anthony Towns during the 76ers' 117-95 home victory Wednesday over the Timberwolves. Both were ejected from the game and Towns was also suspended for a pair of games.

Embiid was averaging 25.3 points and 10.3 rebounds to start the season. Rookie Matisse Thybulle got his second start of the season for the Sixers, but Korkmaz started the second half.

The Blazers said before the game that center Hassan Whiteside would not be available because of a left knee bone bruise. That put Portland in a tough position because Zach Collins was already out with a dislocated shoulder. Fellow big man Pau Gasol was still rehabbing from offseason foot surgery and Jusuf Nukic isn't due back until the new year after his breaking his leg last season.

Whiteside was averaging 12.8 points and 12.2 rebounds with the Blazers in the team's first five games. 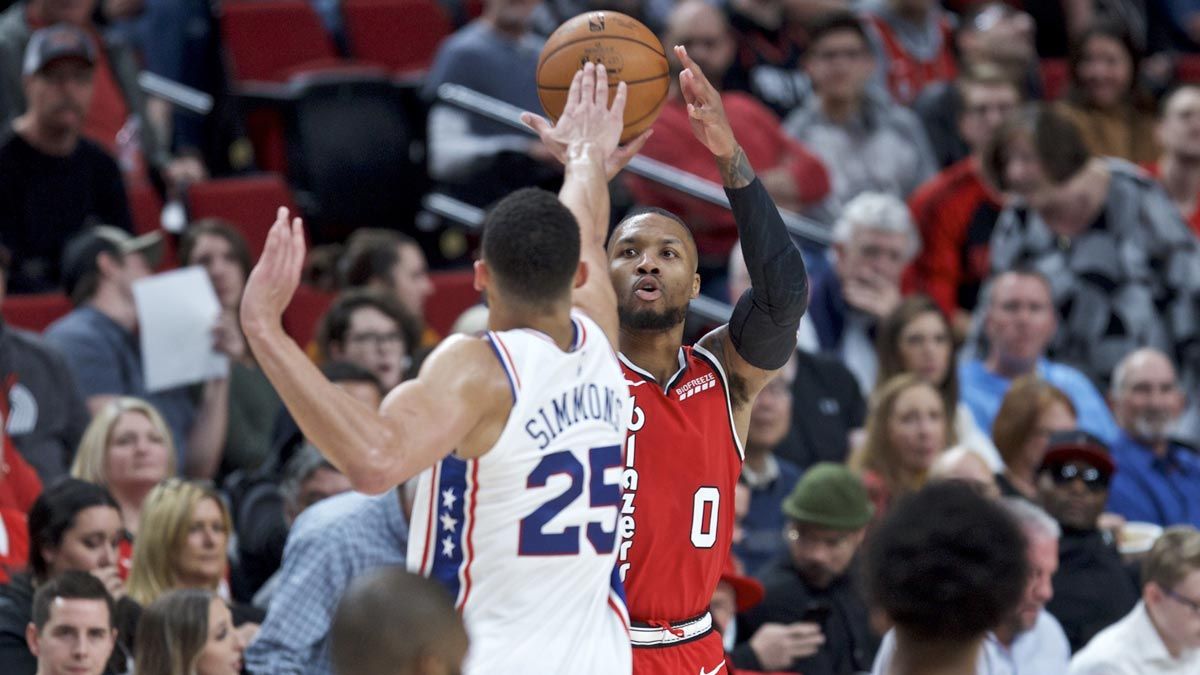 "With them being the best rebounding team in the league that will probably be our biggest challenge. We'll open it up a little bit. We'll have more shooters out there and the style of play will probably be a little bit different," coach Terry Stotts said before the game. "Our biggest concern is probably defensively with their size. They've got good length at every position."

Portland started Anthony Tolliver and Hezonja at forward against the Sixers, along with Hood.

The Blazers led 32-27 going into the second quarter, with Hezonja leading the way with 10 points. Philadelphia tied it at 45 midway through the quarter on James Ennis III's 3-pointer. But the Sixers could not pull in front and Hood made back-to-back 3-pointers and Lillard added another to put the Blazers up 60-48.

76ers: It was the first of a four-game road trip against the Western Conference.

Trail Blazers: The Athletic reported shortly before the game that Collins was expected to have surgery on his shoulder. Additional details were not immediately available. ... The Blazers were coming off a 3-1 road trip, capped by a 102-99 victory at Oklahoma City.

76ers: The Sixers continue their four-game road trip at Phoenix on Monday.