OAKLAND, California — Sporting his No. 30 Stephen Curry jersey, 11-year-old Bjarki Robertsson kept up the pace. He hopped on his right foot, then his left, joining in a drill as part of the Golden State Warriors' basketball camp.

Like the 3-point shooting star he so admires, Robertsson certainly connected from long distance. He participated far from the San Francisco Bay Area — playing along from his father's workplace, a small warehouse in Iceland's capital city of Reykjavik.

The hoops-loving preteen had an advantage, too: His country has 24 hours of daylight right now, meaning he can attend camp and practice on his outdoor basket at home even with the seven-hour time difference.

"It's amazing," Robertsson said after a 75-minute session last week. 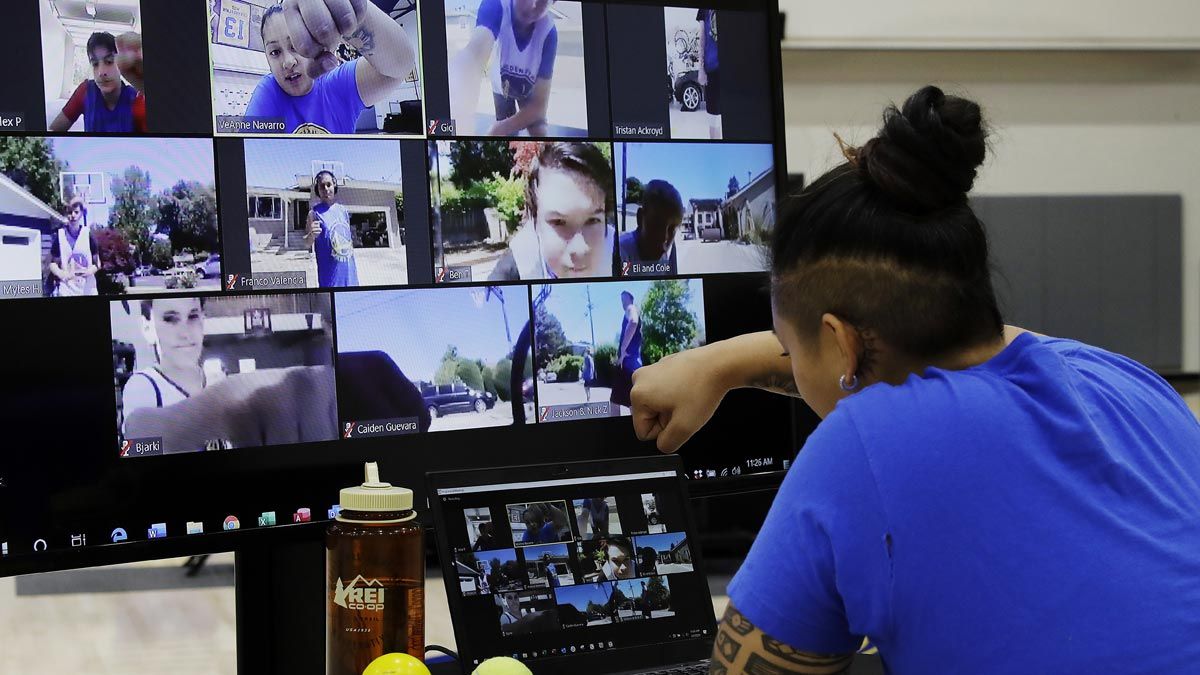 Former college player VeAnne Navarro led one station of the virtual workout, coaching from more than 4,000 miles away in Oakland. Robertsson confidently held his place in the group, which was the bottom left corner of a large video screen.

Chalk it up to another adjustment during the COVID-19 pandemic.

"I love it, I love it," Warriors coach Steve Kerr said. "We've known for a long time how popular the NBA is and how popular basketball is and I suppose that popularity is sort of running along the same path as figuring out life." 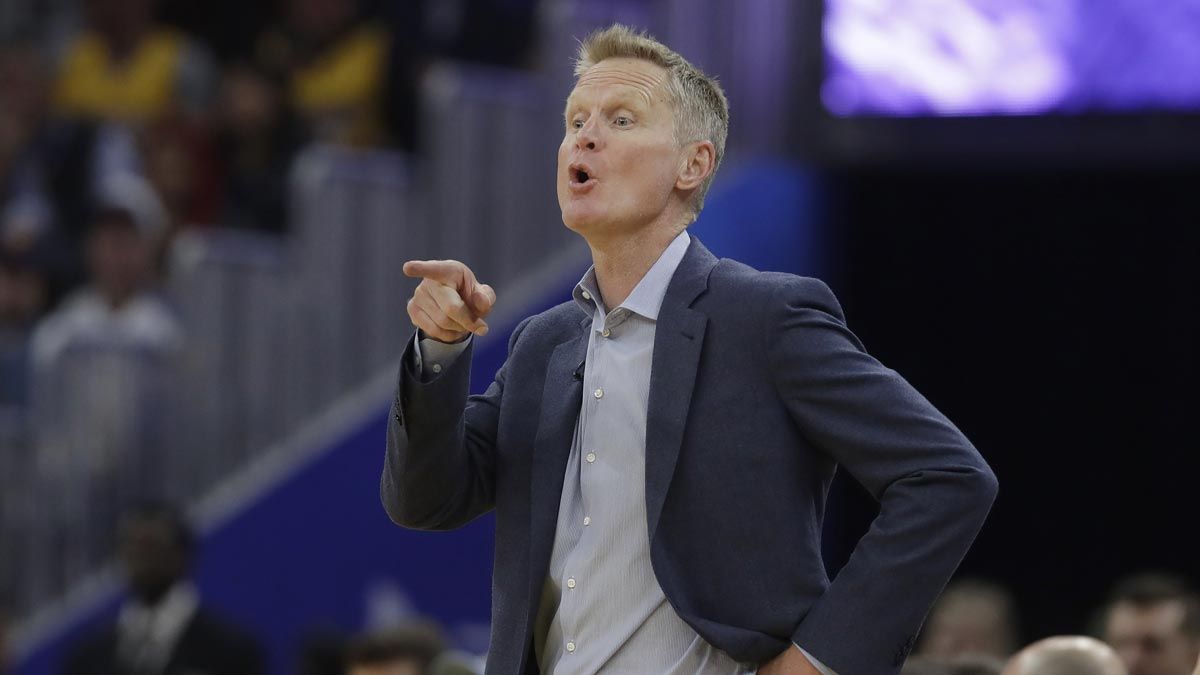 "Now we've got a kid doing basketball camp on Zoom from Iceland. I think that's a really cool dynamic. I'm glad it worked out," Kerr said.

Robertsson's mom was on the email list for the summer camp and asked if her son could join. The Warriors made it happen.

"It's amazing what they can do with the technology," Maria said. "It's an adventure and he really learned a lot."

The Warriors also added a little something extra as a special surprise for him, an autographed Curry cap — and he collapsed into the couch in delight and disbelief.

"Basketball is his life," his mom said. 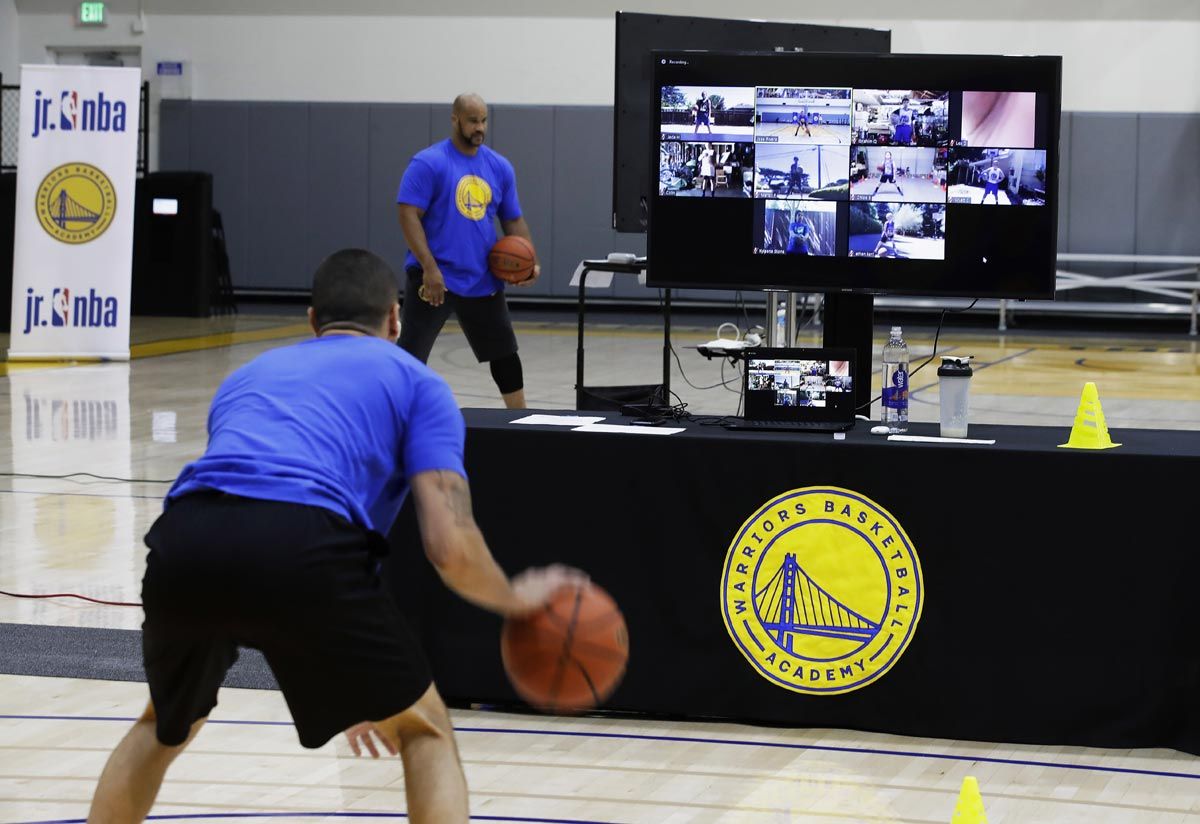 Like many businesses forced to adapt because of the coronavirus, the Warriors had to get creative to make this all work.

The majority of campers have paid their way, signing up through the team's academy website. There are some who received scholarship assistance.

Girls and boys 7-15 years old are taking part, and groups were kept small for the initial run-through of what will be at least six weeklong sessions. Each athlete also receives one 30-minute semi-private lesson with a coach.

"That's why we kept it intimate," Addiego said. "If that elbow's not in, (the coach) can see it."

The campers are all called by their first names. When a recent workout began to wrap up, Navarro eagerly exhorted her campers.

"Pounds for everybody!" she shouted. 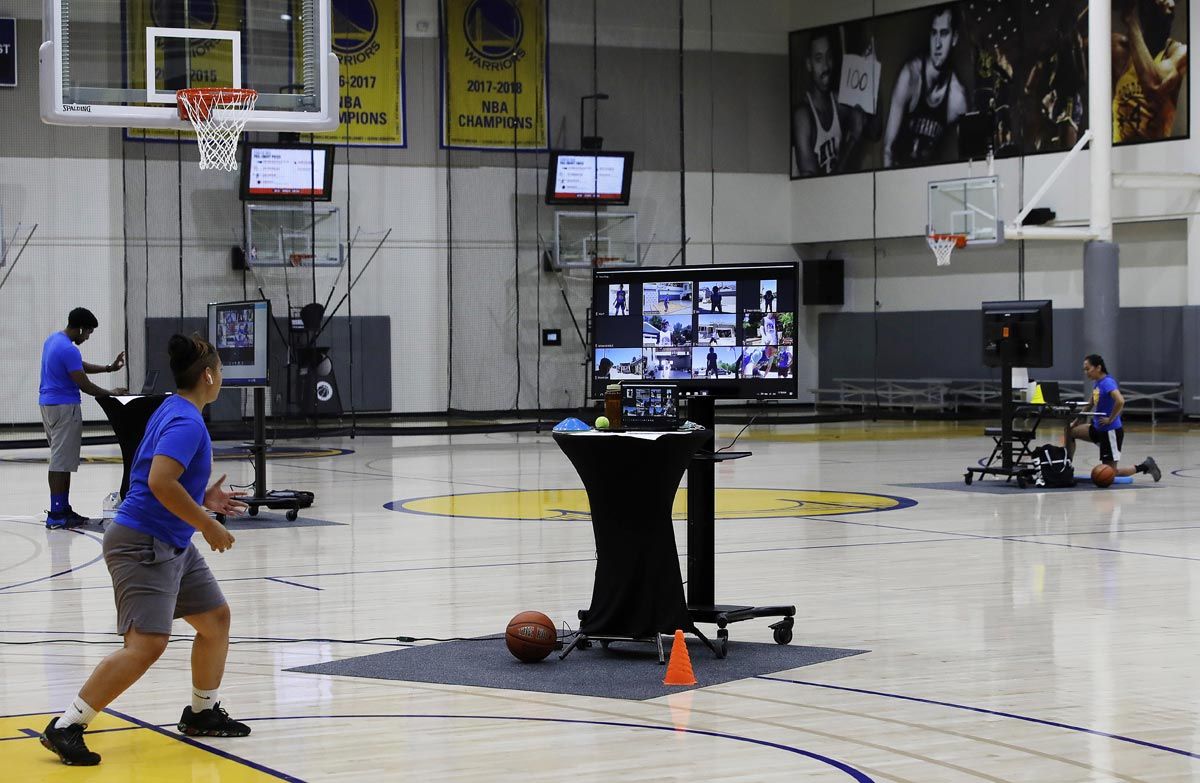 Robertsson scurried in, giving a fist bump right up to the screen.

Ben Clarfield, Golden State's manager of youth basketball, earlier hustled from station to station with a white piece of paper telling the coaches a special guest was about to join their screens: Golden State power forward Marquese Chriss.

The star-studded Warriors, despite an NBA-worst 15-50 season following five straight trips to the NBA Finals and three championships, are hugely popular worldwide.

"There are kids that would never get to take part in a GSW camp that now can feel like a part of it," general manager Bob Myers said.