FOUR PBA Commissioner’s Cup imports, all with NBA experience, have one thing in common.

They all see a Cavs repeat in the NBA Finals.

The quartet of Greg Smith, Alex Stepheson, Corey Jefferson, and Justine Harper have experienced going up against the best players in the world in the NBA, and that includes being on the same court with LeBron James, Kevin Durant, Kyrie Irving, and Stephen Curry.

On Friday (Manila time), the Cavaliers and Warriors go at each other again to start of their third straight championship showdown, which kicks off at the Oracle Arena in the Bay Area.

The teams split their head-to-head encounter this season. The Warriors blew the Cavs away, 126-91, in their first meeting since losing a 3-1 lead – and the championship - in last season’s finals. But the reigning champions evened things up with a thrilling 109-108 win in their rematch.

The Warriors finished the regular season with a league best record of 67-15, to hold home court advantage for the duration of the best-of-seven finals. They also go to the series on the back of 12 playoffs wins, sweeping the Portland Trailblazers, Utah Jazz, and San Antonio Spurs along the way.

All these are about to change, however, if the PBA imports' predictions prove spot-on.

The four imports are one in saying the Cavs will repeat as champions, pointing to their defense and James, 32, as the biggest reasons behind it.

“Coming out, I think Cleveland will win because of how intense their defense has been proven,” said Harper, a second round pick (No. 32 overall) of the Cavaliers in the 2011 draft before his rights were traded to the Orlando Magic.

“A lot of people were writing them off for the championship because they weren’t playing that well towards the end of the regular season,” added the Globalport import, who signed a 10-day contract with Philadelphia during the homestretch of the regular season this year. “But they stepped it up in the playoffs. Golden State has too, but I think Cleveland plays better defense. So I think Cleveland might have the edge.”

Blackwater's Smith, who suited up for the Houston Rockets, Dallas Mavericks, and the Minnesota Timberwolves, also sees a Cavs repeat, but said they will have to do it at the expense of a very determined Kevin Durant, who is still in search of his first-ever NBA ring.

“I believe the Cavaliers will, but it’s going to be tough because KD is on a mission,” said the 6-foot-10 Smith, who is being considered as the next naturalized player for Gilas Pilipinas. 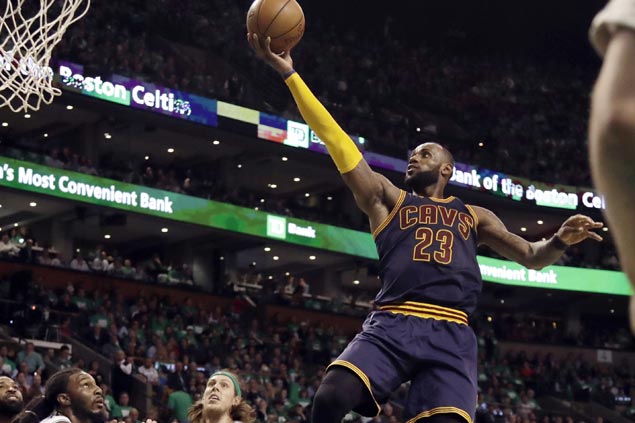 For Jefferson, the do-it-all Alaska import, the Cavs will once again negate the homecourt factor the way they did last season.

“That’s going to mean nothing in the finals,” he said. “I’ll go for Cleveland. I think they (Cavs) will go get another ring.”

Meralco’s Stepheson is an acknowledged Cavaliers fan, and has no doubt James and Co. are going to retain their title.

“I’m always a fan of a big, strong player, dominating,” said the 29-year-old native of Los Angeles, California, who had stints with the Los Angeles Clippers and Memphis Grizzlies despite being left undrafted in 2011.

In as much as the spotlight is again expected to fall on James and Curry, both multiple MVP winners, Smith believes one superstar player will make the difference in the finals.

“But Kyrie (Irving), they better watch (him). If Kyrie plays good, it’s gonna be hard to beat them,” Smith said of the former Rookie of the Year, whose clutch three-pointer in the final minute of last season’s Game 7 sealed the win for the Cavs.

Harper, for his part, expects James and Durant to go at each other mano-a-mano in what should be a rematch between the two superstars since the Miami Heat beat the Oklahoma Thunder during the 2012 finals.

“I think the Lebron-Durant match-up is gonna be huge,” said the 6-foot-10 product of Richmond.

But between the two, Harper sees James as the better player.

“He’s unbelievable,” he said of the proud son of Akron, Ohio. “I think he’s getting better because he’s so smart. He’s learned how to control the game without spending much energy as he used to.

“He knows where guys need to be on the court, he knows when to turn on the aggressiveness when his team needs him to score, and that’s what makes him so effective now.” 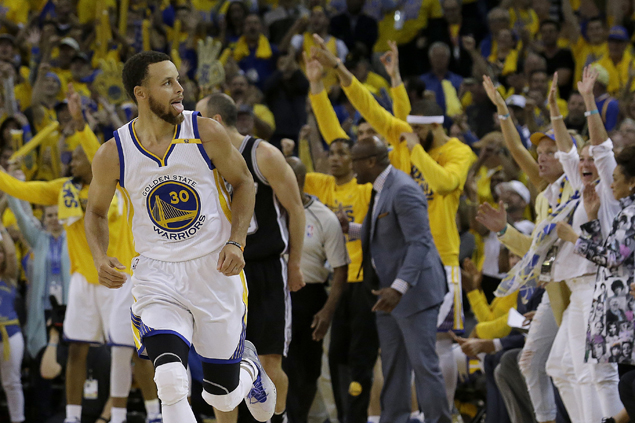 Jefferson, 26, who has played against both James and Durant, agreed with Harper.

“They’re one of the best in the game right now, but I’ll say its 'Bron,” said the Alaska reinforcement, whose NBA stops include Brooklyn and Phoenix.

Even between James and Curry, there’s no doubt in the eyes of Stepheson who’s superior.

“Both are unbelievable, Unbelievable team and unbelievable player,” he said. “He (Curry) makes everything, which makes him unbelievable to guard Really good. But I’m just really a LeBron fan. I’m just a big fan of him.”

In the end, all four agreed it could be over in six for the Cavs.

“I think the series goes six games. I think Cleveland will win,” said Harper. “I think they’ll steal one of the first two games in Golden State.”

Said Smith, “I would say Cavs in six.”

For both Stepheson and Jefferson, all games will be hard-fought, which is the exact opposite of the playoffs when both the Cavs and Warriors stamped their domination on the opposition. 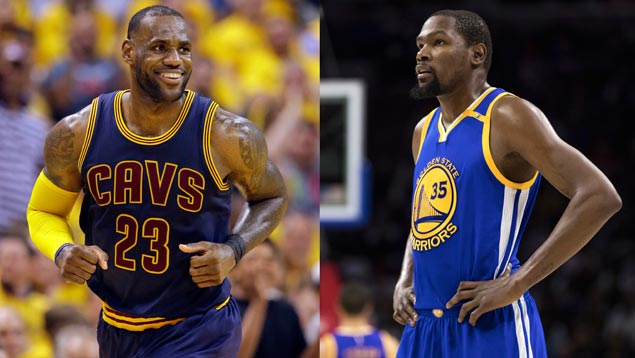